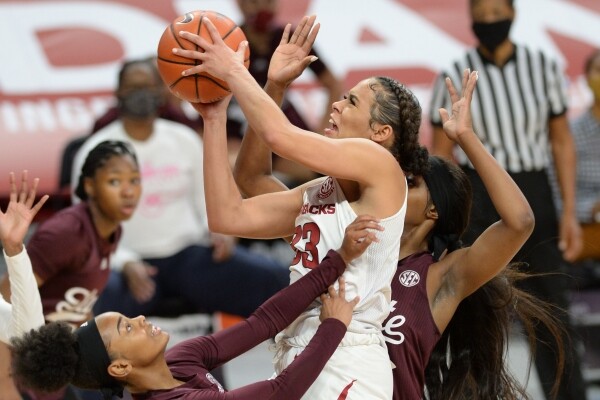 The No. 18 Arkansas women's basketball team will host Ole Miss on Friday.

I’m glad the Hogs are going to play Ole Miss. it seems like the Women’s games are getting played quicker than the man once they are postponed. Of course Vandy shut down basketball and the women only play 16 conference schedule and they have open dates worked into their schedule every year.

Will the audio still be streamed via the App?

The game will still be on the radio and TuneIn app.

Those Lady Rebelious Ones are some big gals. A talented 6’5 post and a buncha 6’1 s. Hope we can control the pace tonight.

There isn’t one. Only stations in Fayetteville, Rogers and Fort Smith.

Because there is no TV tonight, there is an unforeseen dilemma.

SEC radio crews are not allowed to go on the road this year and have been calling the road games off the TV or Internet broadcasts. Ole Miss can’t do that tonight, so Phil Elson’s broadcast will be carried on the Ole Miss network, which might only be one affiliate in Oxford. Ole Miss will produce its own pregame, halftime and postgame shows, but Phil will call the action.

Both networks are operated by Learfield IMG College.

the Ole Miss network, which might only be one affiliate in Oxford.

I listen to games on 103.7 in central Arkansas. Will the game be on there like it is normally?

But you’ll be watching the GymBacks, right, Jeff? Maybe on mute, and then listening to the game?

I don’t know yet, Fred. I may be otherwise occupied tonight.