Good for them. It’s gonna be five or six months before enough people get vaccinated – assuming there aren’t too many anti-vaxxers for that to happen. 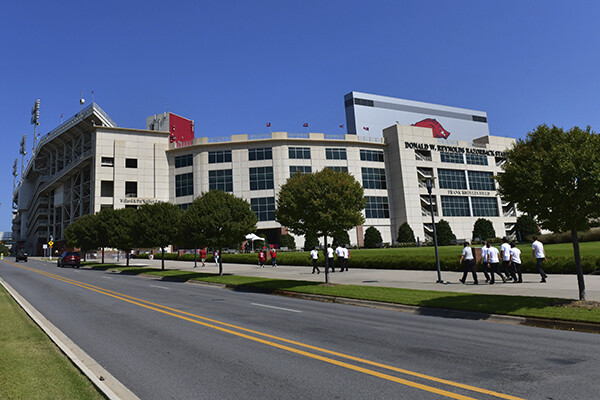 Maskless fan at Razorback game tossed out, then barred

A man confronted twice by police at a Razorbacks football game over his failure to wear a face covering was arrested Nov. 21 after police said he was disorderly and obstructed officers.

It’s a simple rule, folks. If you won’t do masks, don’t come to the games.

Barney Fife…BTW I am an anti vaxxer and the anger you have for me is returned times a 100. I’ve also done more research than everybody on this board on vaccines. I’m not getting the vaccine…Hey you do what you want but this is a free country.
I workout every morning with police officers and some DEA agents. Very supportive of the police that do right and that’s most of them. That officer is a joke…Yeah I would say that to his face.

Hey you do what you want but this is a free country.

You do not have the right to put other people at risk with your selfishness, pal. Same principle as yelling fire in a crowded theater.

Your vaccine research is, no doubt, from highly reputable sources (extreme sarcasm alert).

Your freedom aside, UA has the right to make rules and enforce them. You can’t smoke on campus, for example.

Sensitive about it too, it would seem.

You trust science for your truck to work, your gun to fire properly, and your satellite TV to broadcast the game. But you don’t trust science to keep you healthy (which means keep the rest of us healthy, too).

That is very unfortunate.

I know that guy that they escorted out, he made a complete Azz of himself

I love it when cretins of your ilk show their true colors publicly. This combat veteran has lost over 15+ Friends/Acquaintances and two relatives. One friend lost both of his Parents within a 2 week period, they were just in their early 60’s and newly retired, now they are dead. I despise people like you and look forward to you reaping the ignorance that you’ve clearly sown.

Hey you do what you want but this is a free country.

Dang if that’s the case I wasted a lot of money on law school studying things one isn’t free to do.

This got nasty in a hurry (on both sides).

Come on, you know the drill, fellas. If you’re going to make a thread that is inevitably going to become political and get locked, you also have to start a series of the threads with the following titles to go along with it:

“Why was my thread locked?”
“Mods have gone too far”
“I’m unsubscribing”
“Why didn’t Odom adjust for the second half?” (A.K.A I can’t stay away from you)