I’m just the messenger here. Orignially posted by “Johnny Jameson”, then retweeted by Jashaud Stewart (which is how I saw it).

big IF, lol. twitter is such a mess, but it’s fun

I would believe the hiring, but not the $2M. I might believe the #1.5M if that meant he would get that if we win the National championship and have the number #1 defense in the country next season.

Seeing speculation on both Odom and Long.

Guess we will see soon.

A lot of these Twitter/media guys from other sites read our board and speculation becomes sources. Congrats guys, guess we are now the “legit” sources. Maybe Clay can start paying us🤣

I would believe the $1.5 million if true. He is a solid solid DC with head coaching experience and is also a fantastic LB coach. So, if true, you have your DC and LB coach in one thus I could see that amount if CSP set’s it up that way. Plus, CSP may be trying to make it attractive so that he doesn’t that Odom will not take a head coaching gig. I hope it is true we get him because I wanted him as DC several years ago while he was at Memphis.

Mixed feelings here if true Something inside has been leaning towards Odom as dc for the past few days. But why…because his team finished 6-6 in the sec? And beat Ark? Something to ponder.

I’d be fine with Odom as DC. If we are going the route of a fired head coach, I might slightly prefer Charlie Strong because of his Arkansas ties. I’d be more than happy with whichever one CSP preferred.

Charlie Strongs’ name is potent for sure. But what has he done for the past Ten years?

Yes CSP is the deciding factor and I believe his choice will be more than sufficient.

Looked but don’t see it.

It may have been deleted, but at the time of the original OP, it was on there.

Saw that a few times before

Saw this but not someone I’m going to trust. 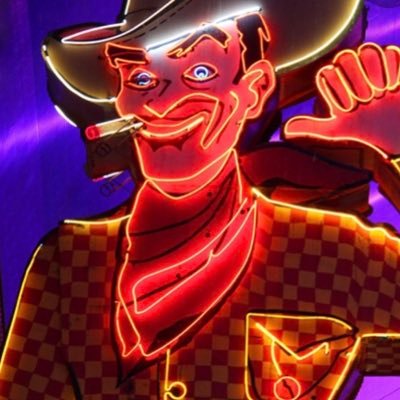 Yeah, that’s the tweet the OP was talking about.

That’s why I said we are a source, I saw the rumor mentioned on here and that tweet surfaced

It was stated as rumor on here

I am just ready to see who it is lol. It feels like he has his DC and OC in place based on the recruits that are all of a sudden taking a visit this weekend. I know a lot of it has to do with CSP but just seems like we will be hearing on it tomorrow…just a gut feeling!

The last 10 years he was a head coach at Louisville, Texas, and So Florida. After his first 4 years at Louisville, he looked to be the next great HC. Went 23-3 his last 2 years with a BCS bowl win. Got hired at TX - fired after 3 years. 3 years at SO Florida - 10-2 1st year, then bad last 2 years and got fired.

The last 10 years are not why I would want him here as a DC. His 7 years at Florida as DC, where they won 2 National championships and 4 SECE championships are the reason I’d love to have him as a DC. I have no idea if he would even look at a DC job. He may hold out for another head coach job. I thought, because he would be coming home, he might be interested in this job.

I hope you’re correct, have been seeing a lot of speculation on Odom and Long. Maybe there is some smoke there

I hope I am as well baked…crossing fingers man! Long would be solid as well…since he got to ND they went something like 26-6 in his 3 years there. Heck…we would be thrilled with 20-12 in past 3 years lol!!!

No, Charlie hasn’t coached in Arkansas, but his home was Batesville, AR. He’s coached in Texas and certainly would have ties there. He also has lots of ties in Florida. 7 years with the Gators and 3 years at So Florida.

Hey, I’m not arguing for Charlie, but I think he’d be a great DC IF he wanted the job. I think the same about Odom. Because Charlie is from Arkansas, I think he might be a better long term hire. I believe Odom, much younger than Charlie, will be itching to get back to a HC job and would probably be here only a year or 2.