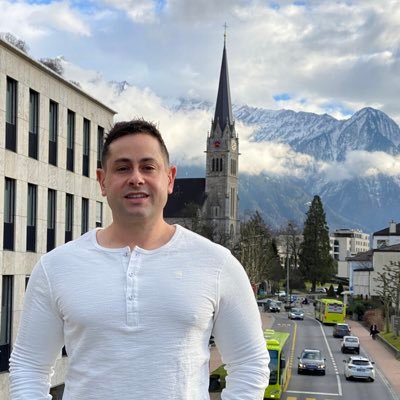 It takes a special talent for someone who got paid $20 million to go 4-18 to convince other human beings that he was the wronged party in this situation. twitter.com/JoshVitale/sta…

Auburn center Nick Brahms on Chad Morris vs. Arkansas: "It's definitely personal for him. In that way, we're playing for him."
4 Likes
neastarkie October 8, 2020, 7:45pm #2

Why say anything? I’d like to think that no Hog fan with even a decent head on their shoulders wishes anything evil against Morris. But, the fact remains, there was virtually no sign of improvement in the two years he was here—I mean, nothing on the field.

It didn’t work. God bless him. I wish him luck, just not against us. If he needs to make this personal in order to get his players “up” for this game, then it solidifies our decision to move on from him.

Coming down here to Dallas every Friday night was also personal to him, I guess. See how that worked out.

I really don’t think Coach Morris could say it was “personal” with a straight face. He was paid $20 million dollars for two years work with poor performance. That would be funny if it weren’t so danged outrageous. I will say this…it is not Morris’s fault that somebody was willing to enter into a contract with him to pay him this kind of money. How a guy like him got that kind of money is just bizarre. There is a fool is this deal and it isn’t Chad Morris.

this is because the people making the decisions are spending other peoples money.

When we beat Chad’s offense with much of his defense from last year that finished last in the SEC, the Auburn fans will be poisoning their own trees.

That reply provided me the best belly laugh I’ve enjoyed in months! Mahalo!

I so hope for a win toMarrow for Arkansas

it
hurt both parties but I think it hurt Arkansas more
But on second thought we NEEDED Morris out of the picture before we could bring in Coach Pittman.

I think the change was needed

If there would ever be a coach that would try to use Covid so he could call a game from his house in Dallas it would be Chad Morris. Honestly, I doubt the results would be any different.

Now Auburn fans & press are calling for Malzahn’s firing due to his disastrous decision to hire Chad Morris. Chad’s bad play calling & his players’ stupid mistakes are same as they were under him at Arkansas.

Chad’s tenure at Auburn may be brief unless his Auburn offense quickly shows remarkable improvement. Too bad since his Auburn paycheck was reducing the Razorback foundation buyout.

Too bad since his Auburn paycheck was reducing the Razorback foundation buyout.

Which makes me wonder, if he gets fired, would the foundation be on the hook for the full buyout? Or would it continue to be reduced by his Auburn salary?

Which makes me wonder, if he gets fired, would the foundation be on the hook for the full buyout? Or would it continue to be reduced by his Auburn salary?

My understanding is that Arkansas buyout is reduced by any compensation paid to Chad by Auburn or another team or employer. So, whatever he has been paid by Auburn to date has already reduced our buyout & will continue to do so as long as he is being compensated (including any future Auburn buyout). If fired by Auburn, questionable whether he will be employable anytime soon at the collegiate level unless Swinney at Clemson wants him back.