…is streamed only, right?

I was wondering about that. I noticed in Matt’s how to watch and listen post that it was televised on SEC network. I figured that might be in error.
Tenn vrs Vandy are showing in that time slot.

Well that stinks. Was looking forward to watching it.

Sadly, we only have 12 or 13 televised appearances scheduled right now other than streaming… considering where we are ranked and how we have done the last few years, it’s a SEC slap in the face. I believe we rank 12th in the league for TV coverage.

It the normal way the SEC sticks it to our hogs.

Yes, there was an error in that story and we deeply regret it. That + sign can make all the difference.

For future reference, these are the games that are being shown on network TV. 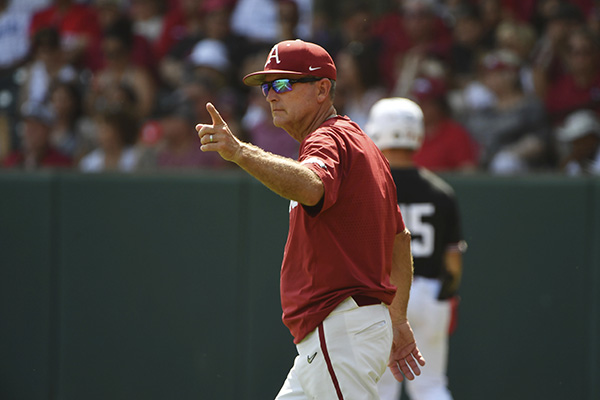 Arkansas has eight baseball games scheduled to be played on TV networks in 2022, and most of the Razorbacks’ other games will be available via online streams.

I don’t see the big deal the hogs look the same on my 75 inch screen whether streaming or network,the announcers are just as good so what’s the problem. I’ll get off my soapbox and listen

Streaming isn’t an option where I live, and I don’t watch sporting events on my phone.

The worst thing about streaming is that it’s about 2 minutes behind live action. When we’re at home, I don’t mind listening to the streaming announcers, but I don’t like hearing the other teams’ who do it when we’re on the road. The time difference means I can’t sync the radio broadcast