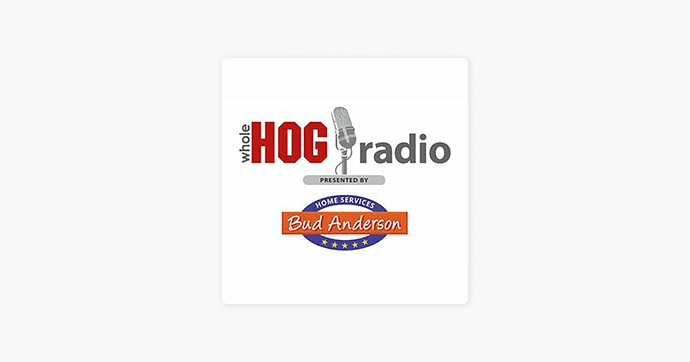 ‎Whole Hog Radio: Football: Takeaways from Rice game, what to make of...

I had mentioned I was not on the Bishop train earlier, he has a lot of speed but he has not been a good cover man, we better hope he can do it because we all know that Clark cannot run with the type of athletes he will have to be trying to cover.

He appeared to be too busy watching the backfield and hesitating… He needs backside help for sure… Clark seems to play smarter but your right, he doesn’t have the speed needed … This is all known by the staff and they’re apparently the best options we have… just have to recruit better.

Well Bishop has the speed it’s just a matter of getting his technique to match that.
It’s the toughest position in football to play, you’re on an island in front of 80 to 100,000 people. Film study will help him a lot because most teams have tendencies they fall into according to down and distance. You can be one step ahead a lot of times just by watching film of who you’re going to be covering

I remember one of Lou’s saying about that speed. Sometimes it get you to the wrong place faster

Yep I remember him talking about a big time recruit coming in and how fast he was supposed to be, he said yeah that just means he’ll get to where he’s not supposed to be a whole lot faster than everybody else LOL.