Apparently for health reasons. His son G.G. will take over as coach. 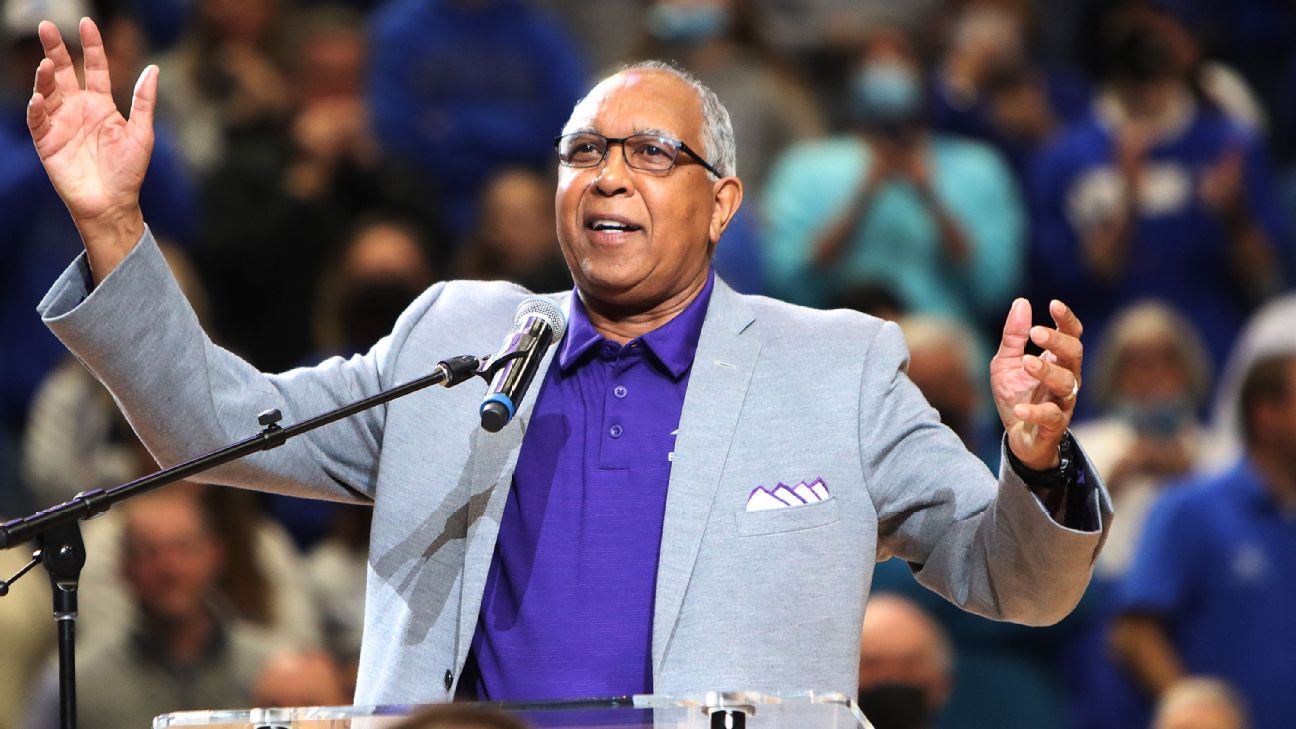 Tubby Smith has stepped down as High Point's coach and his son, G.G. Smith, will take over for the rest of this season and in 2022-23.

I was really impressed of his coaching results early in his career. Sad, we all have to step down sometime.

I remember when Tubby was at Tulsa. He was all class.

Before he left TU for UGA, G.G. was on the team. Tubby paid his tuition instead of having him on scholarship. I suspect that Tubby was under consideration for the UGA job and that allowed G.G. to transfer. But he handled that well. He never lied to anyone about not being interested in other jobs. (Think of that ORU, TU, Illinois coach who was NOT leaving those schools until he did.)

A good friend worked for a small town newspaper outside of Tulsa. She told me that Tubby’s wife had contacted them about any article they ran on the team. She would make scrap books for all the TU players and include all coverage that she could find.

I got to play golf with Tubby in Nolan’s golf tournament. Fun day.

I covered him one season at Tulsa. He is a solid dude.

He made it hard for me to hate Kentucky as much as I wanted to.

Hope he gets well soon.