Treylon and the draft tonight

Today, in my car earlier, I was listening to a Little Rock Sports talk show and they were interviewing Burks’ high school coach. They asked him about Treylon and the draft tonight. His coach mentioned that Treylon was invited to Vegas to attend the draft, but he declined the invitation. The host then asked if Treylon was excited and if he was nervous.

His coach said, for Treylon it’s just another day. He said Treylon was up at 6:00 AM Turkey hunting this morning, and after that he was fishing with a friend. He said Treylon would much rather be out hunting and fishing than taking in the craziness in Vegas at the draft.

Loved listening to the stories he told about Treylon.

Oh, one story he told about Treylon that I hadn’t heard before. I didn’t catch if it was his Sr year or not, but he said Treylon had broken his hand in their previous game and had a cast on it. He was cleared by the Dr to play the next week, so his coaches decided he would just play defense. Shortly after the game started, the coaches put him in a passing play as a decoy, but it was a busted play and the QB saw Treylon open and threw the ball to him and he made the best one handed catch he’d ever seen. At the end of the game, Coach said he had over 200 yards receiving with a cast on his hand.

5 years from now, lots of GMs will be scratching their heads and asking themselves “Why in the heck did I not pick Burks with my first pick in that 2022 draft?!”

So any speculation as to where he’ll go? I mean now as of this time in the draft. 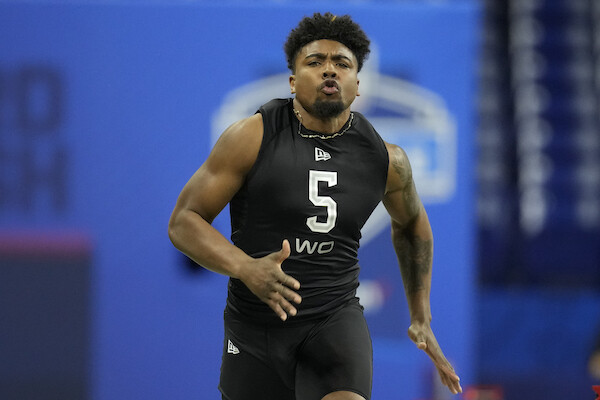 Burks opts for home over Vegas on big night

The story about his broken hand is how I began a profile on Burks during his freshman season: 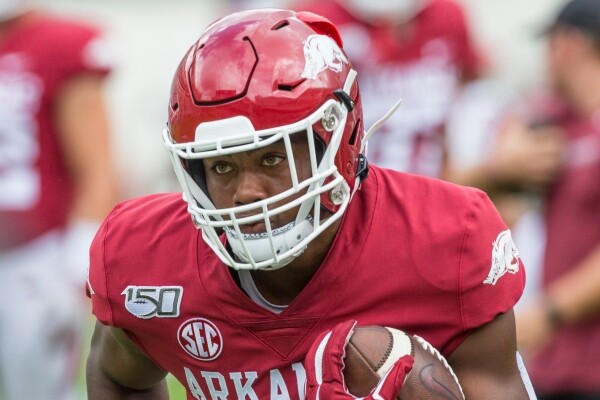 Carrying on a legacy: Burks out to rep grandfather's name

“Well, you can play defense, but there’s no way you can catch a football,” a doctor told Treylon Burks after breaking his hand in his sophomore season. 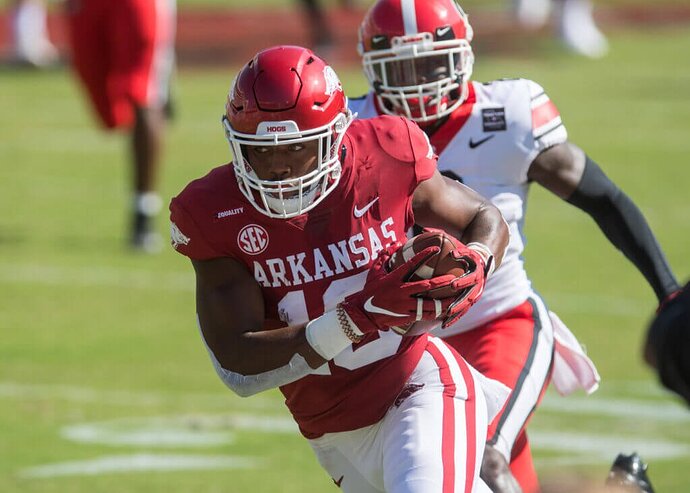 What the Tennessee Titans are getting in Treylon Burks

No one benefited more from Arkansas’ coaching change than Treylon Burks. Now, Burks will enter the newest stage of his career in the NFL.

Can’t wait to get his rookie cards!

he story about his broken hand is how I began a profile on Burks during his freshman season:

Wow, I can’t believe I didn’t remember that. When I heard Hembree telling that story on the radio, I figured he was exaggerating the yards, but Treylon actually got lots more than 200 yards. Unbelievable.

That story has been written about catching passes with a cast on his hand. It was his sophomore season. I know I’ve written it at least twice, once in the last year.

Explains those 1 handed catches he made on sidelines and in the end zone. With ease it looked.