Good for us. He’s picked the 6th best qb but what are you gonna do when two NFL receivers leave your team. Maybe Frank’s will want to come back. A lot of QBs in this draft.

Maybe Frank’s will want to come back. 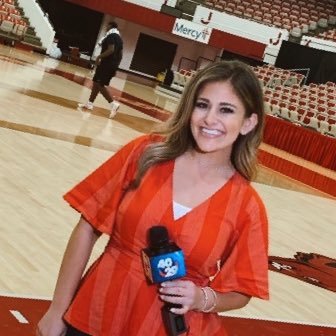 We’ve seen the last of Feleipe Franks in Fayetteville. Great year for the transfer signal caller who now has eyes on the NFL. https://t.co/dQlOhhJApz

I’d pick Franks over Trask if I am an NFL GM. He did more with less talent around him this year IMO. If FF is running FL offense, I don’t see them losing all those games. I think Trask is good, but he was exposed some in the bowl game when he lost all those talented receivers. A top shelf QB has to elevate his team at times(like the Cotton Bowl) and he didn’t do that. Perhaps this dropped his stock some?
I guess it all comes down to a teams needs in the NFL as to when these guys get drafted. Just don’t see either being a high pick.

You may be right, but Trask could end up being the second best QB in this class.

I wish both success. Franks will have a special place in my heart, even though I don’t know what his options were at the time he transferred, it would seem there were likely easier and safer choices than Arkansas, based on previous results. So he seemingly took the challenge head on and while his chances to start here were strong, his known surrounding cast was not. It seemed both he and that cast rose together. The other indicator of Franks’ character and personal attributes is him being selected a captain. It would have been easy for him to come in a bit arrogant in the role of coming to bail the team out.

The draft evaluators can assess his physical attributes, but his intangibles seem pretty clear to me. Thanks for the fun year Mr. Franks.

I’d pick Franks over Trask if I am an NFL GM.

Now here’s a take for you

Now here’s a take for you

Was hoping the new year might help you hog2009 bring some insight to the board. Typical post. Yawn.

Trask definitely had more talent around him the Arkansas as did Mac Jones. A lot of those qbs struggle at the next level. Wouldn’t surprise me one but if Trask doesn’t pan out. FF has certainly shown his ability with a dismal OL and a lack of NFL offensive players. I don’t know who I’d pick as a GM but the poster makes a good point. Certainly brings value to the board.

Trask is a stud. He is big, strong and has a great arm. He will go in the top half of round one, I think.

Trevor Lawrence will, unfortunately, go to Jacksonville. The Jets will have an interesting decision. Do they continue with Sam Darnold or go get a new guy?

Who will be New England’s guy…a quarterback to replace Brady? Probably.

The other indicator of Franks’ character and personal attributes is him being selected a captain. It would have been easy for him to come in a bit arrogant in the role of coming to bail the team out.

That may well be the most impressive thing about Feleipe. From all accounts, he led (initially) by example. He deserves a shot in the NFL and I hope he gets into a good situation.

A couple of facts:

I think Trask is a very good QB but the bowl game showed some weaknesses. But he will be drafted high.

I like Franks chances of making an NFL roster.

Then why did franks transfer?

Trask had taken over the job and played well and Franks wanted to play.

But Franks initially won the job.

Trask is a good QB. As is Franks.

Franks lost the starting spot after suffering a serious season ending injury early in the season. Trask came in played really well and rest is history.