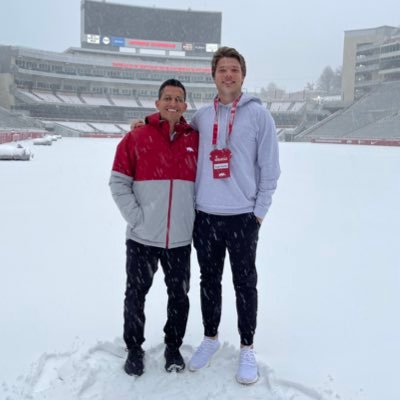 @Cade410
2 Corinthians 5:7 Grateful for the opportunity to continue to play the game I love!! Let’s Go @RazorbackFB !! #woopig https://t.co/cm1eVf3nm6 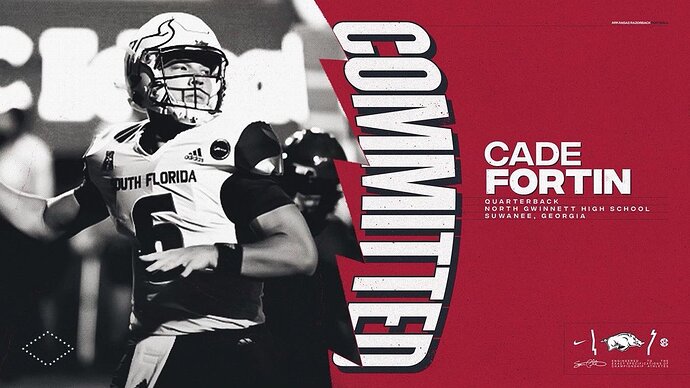 What do you know about this guy, Rice? Is he a walk-on?

A Georgia boy, former 4-star, who started a couple of games for North Carolina as a true freshman. Sounds like he was hurt for most of the 2021 season.

His high school is one of the top programs in GA, near the Atlanta Falcons training camp and practice facility, a more upscale area in the northeast suburbs of the metro area, fairly close to UGA; suspect our coach was aware of him previously.

He played in five games in 2021 for a 2-10 team. Sounded like the injury issues were more in the 2020 season. His starting career at UNC ended when Sam Howell showed up, and he went to USF.

So we have two walk-in QBs. I’m assuming they came with an understanding that scholarships can be earned?

Don’t know how to edit. Walk on QBs

Don’t know how to edit.

At the bottom of your post is a line that shows

On a laptop the arrow would be followed by Reply.
Click on the pencil to edit your post.

The year after Mitch Trubisky left early and unexpectedly for the pros from UNC and before Sam Howell (potential first round draft choice this year) came in as a freshman, UNC ran through several inexperienced QBs. All had potential, but none showed traction. It seemed as soon as one showed real promise he’d get injured. That happened with Fortin. Interesting side note, one of them was Chazz Surratt, and, when Howell showed up, Surratt decided to change positions to avoid sitting on the bench. Changed from
QB to linebacker, pretty much unheard of. And he developed from lost out there sometimes to an all-ACC linebacker.