Coulda been a Hog but wasn’t, definitely a Pine Bluff Zebra. His career stats are similar to Kirby Puckett, who is in the HOF, but Kirby had two World Series rings and Torii doesn’t. I’d definitely say if he gets in, it will be a process of getting more votes year after year until he makes the cut, if ever. Hoping he makes it though. From all accounts a really good guy.

I actually really liked Torii’s career, but I don’t think of him as a HOFer.

That’s kinda how I view him. Very good but not an all-timer, and Cooperstown is supposed to be for all-timers.

There are a bunch in the HOF who had similar careers as Hunter. Craig Biggio comes to mind. I never saw Biggio as HOF, but someone who piled up big numbers and stayed healthy. Baseball can be a numbers game at times.

But I don’t hold it against Hunter that he doesn’t have a ring. Mike Trout is going to be a first ballot HOFer and he’s never around for the postseason and I don’t blame him.

I know there are some Astros fans here that love Biggio. You can make a case for him. I understand that.

Lot to like about both of those stat lines. If Biggio deserves in, so does Hunter.

Ain’t that the truth. I certainly don’t ever recall any pitcher saying, “I really fear pitching to Craig Biggio.”

But, I get it. It’s hard to argue that mediocrity will get you 3k hits.

Personally, I would have put “The Crime Dog” Fred McGriff in before Biggio.

I watched Biggio play up close for most of his career. Part of his deal was that, when you talk about strength up the middle, he played three positions up the middle – catcher, second and center – and played them all pretty well; he was an all-star at both C and 2B, the only person ever to do that. Double-hitting machine; he holds the MLB record for most doubles by a right-handed hitter and is fifth among all players. One of only five players with 250 HR and 400 stolen bases (remember, he started out as a catcher). Oh, and he won four Gold Gloves, Clay (94, 95, 96, 97). RBIs were hampered because he usually led off in the NL with the pitcher batting, but he is third all-time in most leadoff home runs.

I knew an Astros guy would have his back. No problem with your argument - but I’d rather have Hunter than Biggio because of the power. Gold gloves in center hard to come by. Hunter won a bunch and had the power numbers. Biggio got more ABs because he was lead-off. So that helped him get 3,000 hits. Biggio was a tad bit of a reach for many. He was for me. Maybe Hunter gets in but probably not.

Love Torii Hunter. So much fun to watch play.

Torii Hunter isn’t in the same stratosphere as Craig Biggio. And you’ll find NOBODY who dislikes Biggio more than me. Biggio’s career WAR is 15 points higher than Hunter’s.

Hell Jim Edmonds had a better career than Hunter, has a ring and won’t make the HOF 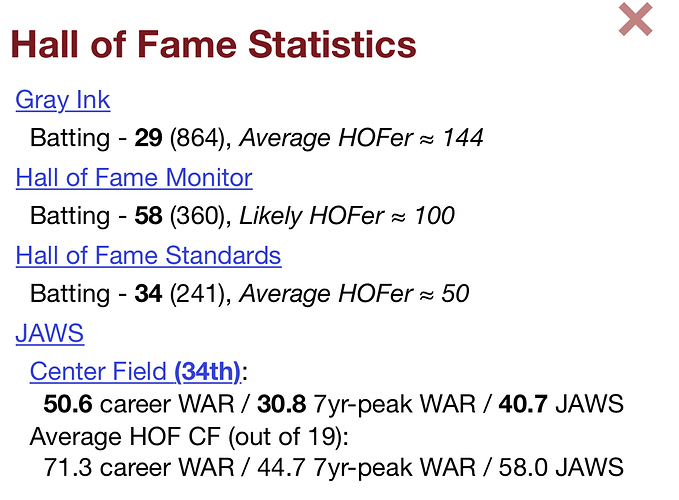 These are Torii’s HOF stats 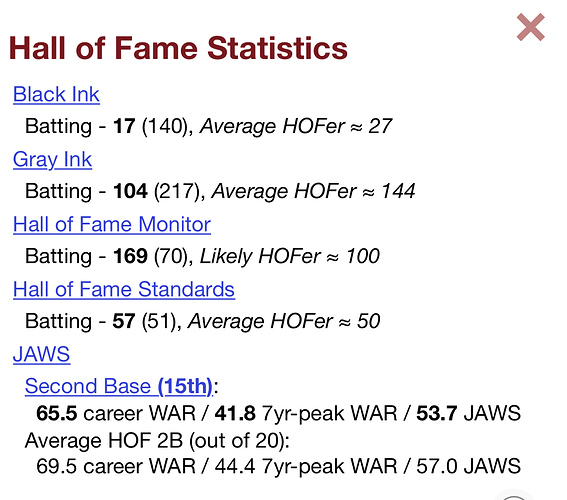 As do most, you went with offensive categories and did not cover the defense. I would take Hunter over Biggio. I prefer the power numbers and defense.

Biggio was no slouch on defense anyway. He has 4 gold gloves

Would you take Hunter over Edmonds?

I would take both over Biggio.

I would take both over Biggio.

My nephew coached Tori in Pine Bluff on the same team as his step son. Tori and Keith have remained good friends over the years. They stay in touch. Tori is known as a great guy. And he gave UA Pine Bluff a great baseball facility. At least he paid for a big portion of that facility. Love the guy.