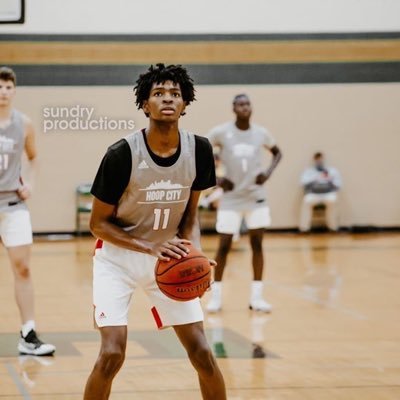 commitment day and birthday 🔞2 weeks away

Johnathan Lawson will announce his college decision on Oct 7 which is his birthday.

Where do we stand with Johnathan Lawson and Trey Alexander? Aren’t these two high on our wish list?

I think Arkansas is in good shape with both.

I think Arkansas is in good shape with both.

Is there a Memphis/Kansas story here with Jonathan? That’s where his brothers played and Jonathon originally listed both as his favorites. Now, it appears neither has offered him (or withdrawn their offers).

A year or 2 ago, I read that their Dad or AAU coaches? said that Jonathan would be the best of the 3 brothers. He seems to be lightly recruited in comparison to his brothers? Neither 247 or Rivals have him in their top 100?

Maybe he just didn’t want to follow his brothers to the schools they played for?

If he’s even close to as good as his brother Dedric was at the same age, I hope we get him.

But then again ESPN has our commit Chance Moore as a Top 50 while 247 and Rivals have him rated 80 plus. And 247 updated their rankings just a few weeks ago. Don’t know what to make of ESPN’s ratings.

247 and Rivals have him rated 80 plus. And 247 updated their rankings just a few weeks ago

Yeah, I noticed that. I usually (or used to) rely on 247 the most because they seemed to follow AAU ball better than Rivals or ESPN. However, I absolutely love Chance Moore and believe 247 is way off in their evaluation of him, perhaps due to no AAU ball.

If I remember right, 247 was very high on him early in his Soph year, but then he had an injury(s?), missed lots of time and didn’t progress well that year. Recent video of him makes me believe he’s going to be an absolute beast. I really, really hope we sign him.

Memphis, Kansas and Oregon (where his brother Chandler is at now) have some family pull.

I am scheduled to talk with his dad over the weekend and will report back on that if it comes to be.

Don’t forget that Kansas and Memphis are both facing the new Independent Accountability Resolution Process and might end up getting severely punished.

Saw a Crystal Ball tonight for Lawson to Oregon.