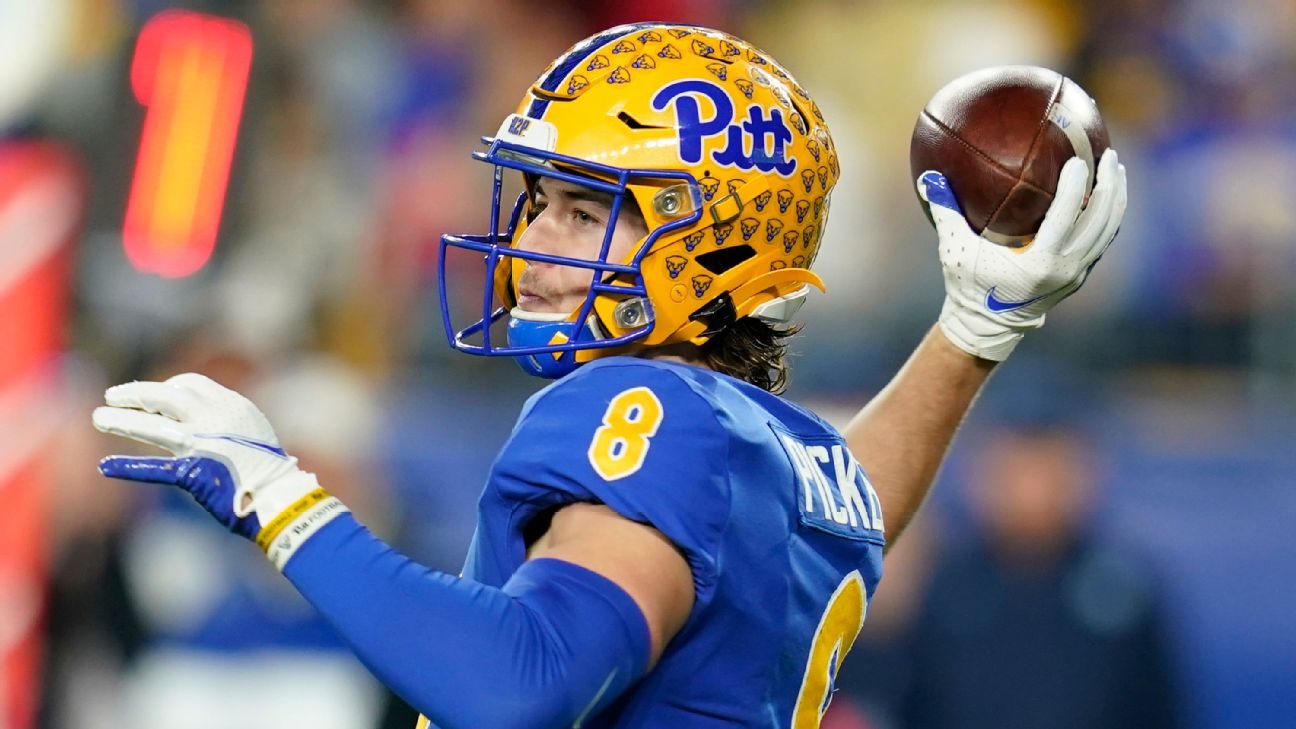 Who is the No. 1 QB? How good is this receiver class? And who are the best pass-rushers on the board? Todd McShay ranks his top prospects, along with positional top 10s.

He also lists Ridgeway as the #5 DT prospect and Cat as the #4 safety.

and somehow the nimnoes in tallyhassee did not find him fit for semi-finalist Biletnikoff award. Must have been SEC refs imitating or three blind mice choosing:

Announcement of Ten Semifinalists of the Biletnikoff Award, Which Recognizes...

Announcement of Ten Semifinalists of the Biletnikoff Award, Which Recognizes the College Football Season's Outstanding FBS Receiver Regardless of Position. PDF DOCX ﻿For Immediate Release: November 15

Another example of the bias by the chosen few! Burke’s deserves to be on watch list.

and somehow the nimnoes in tallyhassee did not find him fit for semi-finalist Biletnikoff award. Must have been SEC refs imitating or three blind mice choosing:

This has Burks as the 6th WR taken. I’d take that bet…that TB has a better NFL career than at least one of those rated above him.

Army, Burks was on the watch list, just not voted among the 10 semis finalists.

And the vote was not a Tallahassee vote. It was a National voting body of over 1,000. Most are Heisman voters.

I believe it’s better to have a committee than a voting panel like the Heisman or Biletnikoff awards.

Not sure anyone sees enough games to know the difference between the top 40 wideouts on the watch list so most compare stats.

Dang. I was hoping against reality that somehow Cat and big Ridgeway would come back next year…

Well, who knows if any NFL scouts/personnel people agree with McShay on any of it. It’s his opinion. And the #5 DT might go on the third day, or not at all.

So McShay lost me in the opening sentence on Burks, “Burks doesn’t have a ton of speed” He may not get off the line with sprinter’s speed, but no one catches him from behind. When Burkes plants his foot to cut and turns up field, there are few players in college that have either his burst or top end speed.

Maybe he meant just those first 3 or 4 steps. (Which is why slants don’t always work well with him; not much initial separation.)

But once he opens it up, he gone.

Looking at the last 4 drafts:

History pretty much says Ridgeway, if he actually ends up as the 5th DT taken, will be gone by the 2nd day.

and the voters were included in the article, could have made a difference in quite a few elections held recently. It all funnels thru Tallahassee even though it is big and cumbersome total voting crew:

Not easy for most of these voters to see the players play. I see very few complete games. I am too busy covering Arkansas. How can you know?

I think the best way is for a committee to hash it out.