To learn about the campaign, go to https://www.tippingyourcap.com (donations go to the Negro Leagues Baseball Museum). 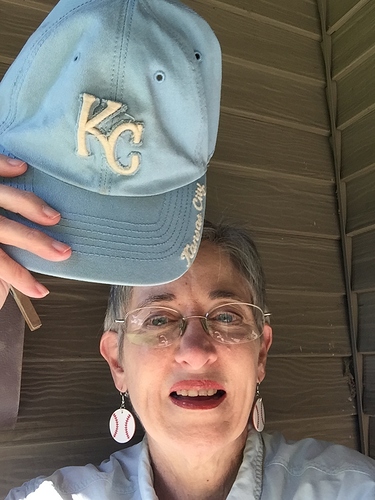 I was a Dodger fan in my youth and I remember Campanella talking about playing four games in one day. I thought it would have been tough on anyone.

I love going to that Museum when I’m in KC!

“We were good!” Buck used to say, and it always warmed my heart that by the end of his life people believed him. That wasn’t always true. When Buck first started telling the story, back in the 1960s and ’70s and ’80s and into the ’90s, people would shrug when he talked about how good those Negro Leagues players were. They would roll their eyes. He used to say that in those days more people would tell him how it was, an astonishing thing if you think about it.

I was a Dodger fan in my youth

In the late 60’s my next door neighbor was the bat boy for the Albuquerque Dodgers. That meant I got on the field a lot before and after games; I only lived about 20 minutes from the park by bike. I seem to recall season tickets for kids were about $5 bucks; what a gift. I met all the players, some several times. They were good, and they seemed to know it. Half the team went on to the League. It was a fun thing to watch evolve for years as I grew up.

I decided to tip my cap to the Negro Leagues.

I wasn’t around during the Negro Leagues, but I did meet Willie Wilson in 1980…great season for him. Sure makes you wonder what could have been decades earlier.