'Time to step up': Smith ready to take lead role in backfield

“I’ve been preparing for this moment for the longest,” Trelon Smith said Tuesday.

More from Smith on his readiness to take the lead role in Arkansas’ backfield: 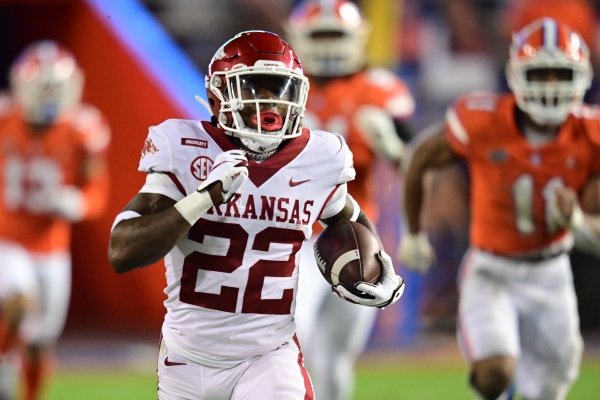 'Time to step up': Smith ready for lead role at tailback

Trelon Smith’s approach all season for Arkansas has been simple: Stay prepared so you don’t have to get prepared.

Who will be the backups and how do you expect them to perform?

Dominique Johnson and TJ Hammonds, probably. I expect Trelon to play a majority of the snaps like he did against LSU. I think he can handle that.

Wonder if Johnson will get any carries this week? Seems like he would have a role in short-yardage situations if nothing else; he’s got 35 pounds on any of our other backs including Boyd.

Have been impressed with Smith all season. I have been more concerned about him getting injured.