Like I said in the other thread, if Treylon can get healthy and have a great combine, he will help the Program’s recruiting in way’s that we’ve never had before since we now have an actual SEC worthy Coaching Staff that can cash in on his success. He’s got stiff competition with of the other WR’s that are entering the Draft, but he’s going to make one NFL team a lot better than they were when he gets picked.

I just hope he doesn’t end up with the Raiders!

I agree that Burks as a star in he NFL will help Razorbacks recruiting more than playing in the Outback Bowl… Burks played hurt most of this year and he needs to be 100% for the combine.

This video made me appreciate Feleipe Franks more. He was a real steadying influence and a savvy QB when we really needed one. Helped us get where we are today.

Don’t want this to turn into a hate on Hicks/Starkel thread, but can’t help but wonder how much better Burks’ stats might have been with 3 years of Franks/Jefferson.

Left Lane are the lost years. I couldn’t remember Hicks, and barely remember Starkel. May be a sign that I’m getting old, but I guess those 2 years in Razorback football are good ones not to remember.

Actually, it’s “not quite 3 seasons”, leaving the team with no cards.

Don’t forget the punt return by North Texas. Morris was a absolute failure and it is remarkable that we are in a bowl.

I watched all of this.

It’s amazing that 1 guy has a 35 minute highlight reel.

It shows just how far we have come. Ben Hicks? WKU drilling us? SEC ineptitude. The SEC completely jamming us in scheduling. Finding ways to lose to TAMU and Mizzou. Program has come a long way in a short time.

A very long way in a very short time.

If Left Lane had used him correctly I wonder how many more catches and yds would have he gotten.

I have to say, when I saw Matt Corral’s injury last night I was thinking I’m glad I didn’t have to see Burks get carted off yesterday. Bowls have become largely meaningless and the college football establishment (including ESPN) is why. Too many bowls, then the playoffs, then endlessly hyping the playoffs. I don’t blame Burks for protecting himself, not when he played hurt all year and an injury could cost him millions.

I appreciate what Burks did for us, but football is a team sport, not a selfish individual show. Matt Corral’s a real man, he manned up for his team.

Everyone has an opinion. But Corral’s decision almost cost him a chance at the NFL. It’s okay for a coach to bail out on their team but not a player according to some.

Burks will be remembered as a warrior by the vast majority of Hog fans I believe.

Burks will be remembered as a warrior by the vast majority of Hog fans I believe.

Absolutely! If Burks had not played hurt much of the year and given his all to this team, we would not have had a bowl game to play in. We should be thanking him for being one of the major reasons this team made it to a bowl game after a 5 year absence.

Agreed. Also, very few really know how hurt Burks played. He was one armed against Bama. He earned the right to miss the bowl. He played hurt enough this year when he probably should have been sitting.

Freshmen wide receivers don’t always hit the ground running. The best thing about a freshman receiver is when they become a sophomore. Also, most forget that Treylon had an ACL surgery as a senior in high school. He was moving much better as a sophomore at Arkansas than as a freshman. 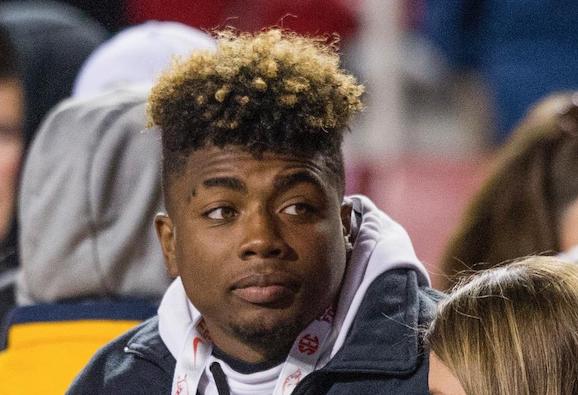 I completely forgot about the high school ACL.