This story got me thinking

Who would we the Arkansas fanbase , want to play the most in a final four game? 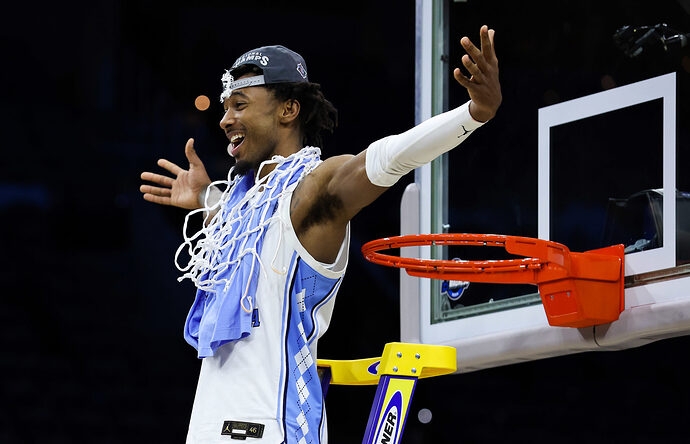 A Final Four date with Duke was destiny for North Carolina

As North Carolina cruised to a blowout win over Saint Peter's, it was evident nothing could stop a Final Four showdown with Duke.

That’s what all the media wanted and they got it.

Sorry, I meant to ask IF Arkansas was playing in the Final 4, Who is the team we would want to play at that time. I wasn’t specifically asking about Duke or NC, I agree with Army that is who media wanted. But who would the Hawgs want to play the most in that situation. KY, Texas, Kansas, Indiana, ???. I couldn’t put my finger on any one team I would want to play more than any other.

Is prefer street ball
With no refs!

It’s hard to compare any matchup to Duke-North Carolina. That’s a rivalry that occupies its own class because of how good those programs have been and how important basketball is in that state. The only other rivalry that I can think might come close is Louisville-Kentucky.

This weekend’s game would be the equivalent to a College Football Playoff matchup between Auburn and Alabama or Ohio State and Michigan.

But to answer the question, I think there are matchups that would add sizzle to Arkansas in the Final Four — Kentucky and Texas chief among them.

But to answer the question, I think there are matchups that would add sizzle to Arkansas in the Final Four — Kentucky and Texas chief among them.

Agree, I also think both are possible since Beard is now at Texas. Arkansas needs to make sure we don’t lose Muss to a higher dollar offer in order to keep both KY and TX games a possibility.

The Final Four is enough sizzle, whether we’re playing Duke or Saint Peter’s.

But a matchup with St. John’s right now would be pretty spicy. Or somehow an in state with UALR or UCA or ASU

It would be spicy just to play St Johns.
It would beat playing Hofstra.