This is worst screwing since

I believe it was 1981 when Lou was coach and we were playing SMU in Dallas. We were called for pass interference late in game which it wasn’t AND at that time pass interference was a spot foul meaning SMU got the ball at like 20 yd line. The next year NCAA changed the rule to 15 yards from previous spot and automatic first down. That rule is still in effect in college and NFL. Had that rule been in effect back then we not only would have probably won the game but we would have won SWC and a spot in the Cotton Bowl. So Arkansas getting screwed is nothing new!

I also remember a game against Texas in Fayetteville and Calcagni who was QB had his face mask pulled right in front of official no flag thrown and we lose.

I do hope CSP can get the team ready cause Ole Miss is very good. Go Hogs!

I’ll never forget that play. Nathan Jones was our DB that was the victim of the fanthom flag.

I was on the sidelines in Texas Stadium that day. SMU receiver ran up the back of Jones and bought the bogus call; ball was overthrown by least five yards.

Ran completely up Jones back. I was screaming at the TV. Lou was livid.

A friend of friend of mine at work had a birthday soon after that SMU game. I got him a sticker that said Pass Interference My A**. He loved it!

I was at that game with my brother-in-law. When the referee announced the bogus interference call, my brother-in-law was so mad he instantly jerked his glasses off and threw them about 25 rows down from where we sat at Texas Stadium. After he calmed down, he had to walk down and retrieve them and apologize to the lady he hit in the back of the head.

I was at the game too. The call led to a change in the rules. Pass interference was marked from the line of scrimmage after that, not from the spot of the foul. Hence no more 40 yard penalties. Of course it meant if you were clearly beaten on a long pass play from then on, interfere on purpose, the penalty is only 15 yards.

Was at that game, we got hosed.

I was in the stands in 1982 and actually stood up and cheered instantly when I saw the play, even before the ref threw his flag. I knew it was offensive interference and what that call (if made correctly) probably would have meant to our odds of holding on for the win. I literally could not believe it when they announced the call on the field.

I was at that game with two buddies (it was 2 years before I got married)…one of them a staunch Texas fan, and the other from Big 10 country who just came along because it was a big National game. They, too, were incredulous. And believe me, neither was the type of guy to coddle me and tell me what they thought I wanted to hear if they thought the call was correct.

I remember telling them in the stands as the game wound down that “one day, calls like that are going to drive Arkansas out of the SWC”. Of course, looking at us from the outside, they had no idea of the systemic screwing we had received for decades from the Texas-based conference. So, they chided me for over-reacting. But they didn’t kid about that call because they had seen it with their own eyes and knew we’d been hosed.

That game in '82 was on ABC, and I still remember Keith Jackson (who called the game) watching the replay and saying, “That’s a bad call!”

That game in '82 was on ABC, and I still remember Keith Jackson (who called the game) watching the replay and saying, “That’s a bad call!”

Yep…as I recall, it was something like “I don’t particularly care who wins the game…but that’s a bad call”. 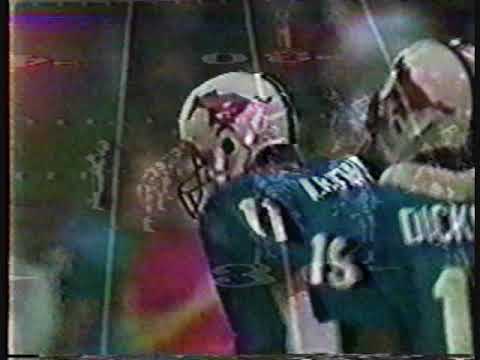 That was an awful call, but the one at UF during the Petrino era was about as bad. So, I’ll say this was the worst screwing we’ve gotten since then.

The UF game is the first and only time an entire SEC crew has been suspended… it didn’t have a single call as bad as the Auburn face spitting but had five or six of the most outrageous homegrown calls in SEC history. I’m pretty sure Tebow cried and apologized after the game.

I was supposed to be at that game, but wasn’t. A girl I had dated some was a Freshman at TCU that year. I was a Sophomore at Hendrix. She asked me to come to Dallas for the game (she was huge Hog fan). She drove over to get tickets the week of the game and they were sold out. SMU never sold out, so she had not been worried about it.

We are still friends to this day, despite of her failure!