This guy thinks Hogs will win and cover

Behind a paywall, so I’ll give Cliffs Notes 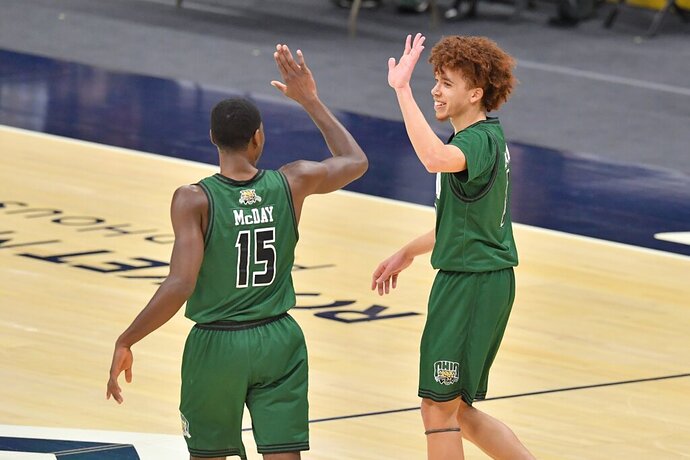 Writer Sam Vecenie takes an in-depth look at some of his best bets for the first round of the NCAA Tournament.

For informational purposes only, Vegas Insider has Hogs -9.5 and over/under of 162.5.

Also on The Athletic, Seth Davis says Muss texted him and promised our players will be seeing his prediction every day until Friday.

The hogs will be motavated, for sure🙂 thanks Little Seth.

If you let them shoot 3’s without someone in their face and put them on the FTL, it will be close. But, they are a small team without a lot of lateral speed and haven’t seen any defense like ours. We should dominate rebounding, put backs and their small guards will not do much to stop our drives and spot up’s. Muss has a long time to drill our team on the game plan, we should win by double digits. They didn’t play a single team ranked inside the Top 200.

They didn’t play a single team ranked inside the Top 200.

Devo can drive easily against their guards. If the big guy goes to defend him he can dish to Smith or whomever is there. Same for Notae, Tate, Moody. If Vanover starts he will play as long as he is effective defensively and is hitting his shots. If it’s true these guys aren’t particularly athletic, CV will be golden.

This could be a good spot for Conner. I hope he has a good game.

If SEC teams can’t stay in front of our guards then there is no way Colgate can. On the flip side I guarantee that they have not played a team with one, much less a whole team of guards that defend like this team.

For informational purposes only, Vegas Insider has Hogs -9.5

Silly point spread. Vegas’ line makers and their bettors still haven’t learned their lesson this season. Hogs are 18-9 against the spread. Why oh why did I stick to my many years’ rule of not betting on Hogs’ basketball. This year was definitely the time to break that rule.

Wonder if silly TV pundits affected the amount of money coming in on Colgate? Maybe so; consensus line is down to Hogs -9.

Wonder if silly TV pundits affected the amount of money coming in on Colgate?

I think yes, for the basketball fans and casual gamblers. And I think, even for the slightly more astute sports gamblers, that seeing Colgate in the top 10 of the NET for the last couple months affected them a little.

Yeah. Also noticed TTech is only a 4-point favorite over Utah State.

When in Vegas and the Hogs are playing, I will place a small, very small, bet on them just for fun. I am not a big gambler at all, but would never put a real bet on the Hogs. Just to involved.

The last time I was there when they were playing, it was a couple of years ago when they played CSU in Collins (basketball). I think the spread was 7-10 or so and I put 20 on the Hogs. Sat in the sports book and watched the game. Really enjoyed it and picked up a few $ as well. Certainly saved over doing anything else,

I’ve never bet on a game in my life, but I think the Hogs will cover the spread in this one.

My betting career is limited to losing horses at Oaklawn Park…

My betting career is limited to losing horses at Oaklawn Park…

I’ve also fed my share of thorough bread horses over the years. Especially during my 19 years in South Florida where there is a nearby track running just about year around. As they say, most exciting 2 minutes in sports. Especially if you are live trackside and can not only watch, but also hear, them coming down the stretch.

This article is free now, by the way. Really good breakdown.

Writer Sam Vecenie takes an in-depth look at some of his best bets for the first round of the NCAA Tournament.

Horse racing live is a blast and always more fun with cash on the line.

For the Hogs lose to Colgate, we will have to play badly, and get into early foul trouble. As long as our main players are available, we should and will KILL THEM on the offensive glass. It should almost be just keep rebounding a shooting until we score.

Like what was done to some of our smaller teams in years gone by. Including last year at times.