That’s higher than I would expect.
Maybe the hogs are getting some respect now.

That’s the good news…bad news is that Baylor (who stands between us and the Final Four) is at #3.

Still…we’re playing with house money from this point on. 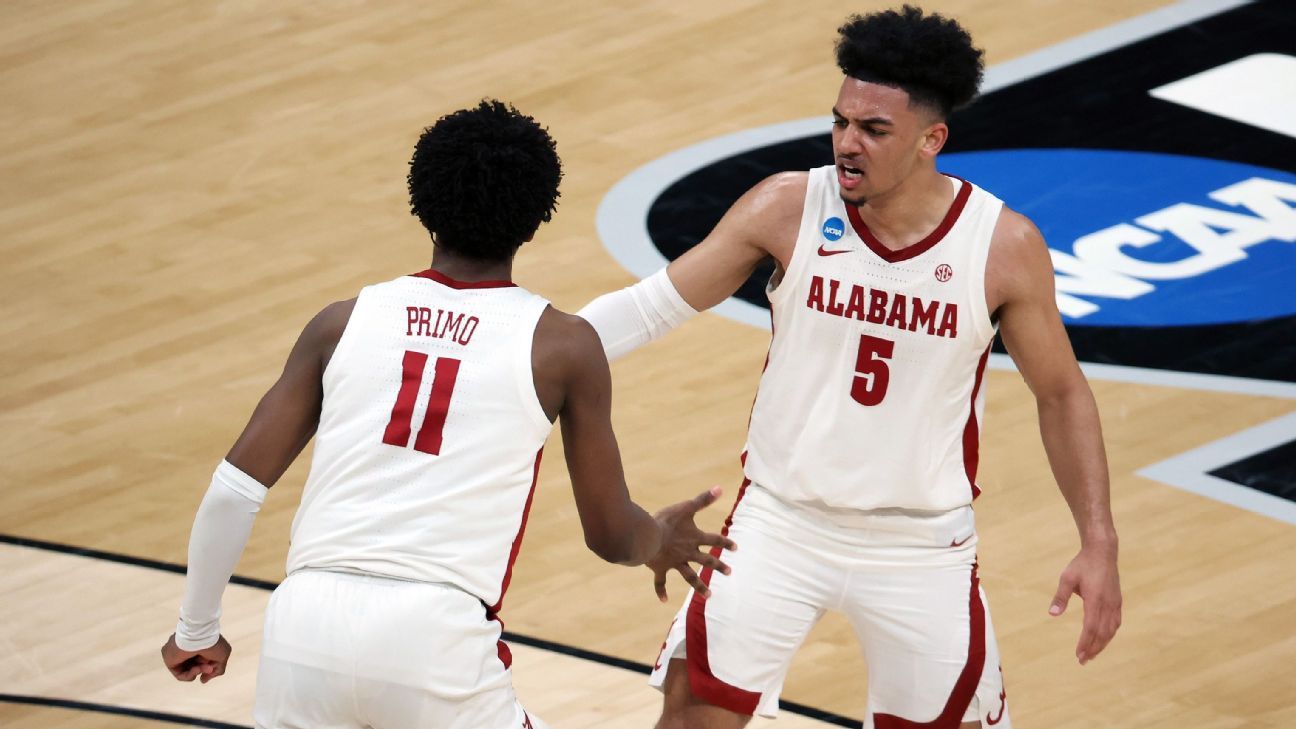 Reseeding the men's March Madness 2021 field for the Sweet 16

Fifty-two teams out, 16 left standing. Here's how we rank them heading into the Sweet 16.

Well if we beat ORU we’d be no worse than 8th in a Sunday night reseed and at least two teams “ahead” of us will have gone home.

The Hogs were preseason #9 in the SEC. We replaced 86% of the offense, with only 1 returner among last year’s top 7.

Really remarkable that we’re in the Sweet 16. The author’s right, we played two tough teams and survived. What I liked about the win over Tech is that we survived a couple surges from them during the game…other teams would have collapsed when the shots began to ring out.

That said, #5 of the remainder of the pack is pretty lofty. I guess you could argue our next game against ORU might be among the “apparent” easiest of the remaining games, but I’m not sure you can get to #5 without besting Baylor.