currently visiting in Columbia, MO - currently a gloomy 25 degrees with rain, sleet and snow! How was the weather in Fayetteville yesterday?

At 5 pm yesterday, it was 37 and foggy in Fayetteville. Not that much better than CoMo.

It’s not like they never experience cold weather in Memphis either. Two of the coldest days I’ve ever spent in my life were in Memphis – the 2010 Liberty Bowl (I swear the wind chill was at Green Bay proportions) and the 2009 St. Jude Marathon. Yes those two days were about a month apart.

That Liberty Bowl is why I bought my first pair of Uggs. Darn, it was cold!

Something I had forgotten about that Liberty Bowl. Our offense (yes with Bobby Petrino calling the plays) was 0-for-13 on third downs that night. Possibly the first and only time a team won a bowl game without a third down conversion. Even in overtime we ran three plays and kicked the game winning FG on fourth and 5. Touchdowns on a pick-6 and a 41-yard pass (on first down) to Jarius Wright.

Remember how cold that Liberty Bowl game looked, but was watching from Houston…

that was the first bowl game I took my oldest son to. we wore tons of clothes, but it was just sooooo cold. But he had a ball, so I knew he had Hog Fever. took my dad too, and about 6 of my hs friends, dinner at Rendezvous, then froze our tails off.

Sat around some VERY obnoxious ECU fans, and some that were hilarious. Eddie Money popped out of a van, sang 2 songs mas rapido, and jumped right back in the van. I didn’t blame him a bit, it was too cold for anything, lol

It was hard to find too many ECU fans there. Whole lot of red in the stands, not much purple. About as bad six years later when we played K-State as far as red/purple distribution. Our offense was considerably more efficient that day though.

I only sat around them since all hog tickets were sold out, so I bought tickets from ECU! loved it, but I was right in the middle of all 1000 of their fans.

and man, it was cold

Don’t think the weather good or bad will matter. Expect him to be a Hog.

I was at that game literally froze to death

I agree that Cotton Bowl froze my tootsie!

Richard that is very good to hear! We need the big nasties 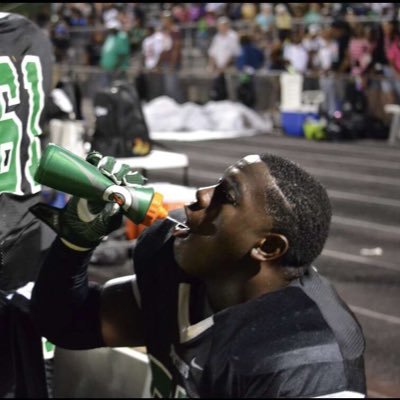 Wednesday will be an non-productive day…

That will warm us up RD.

That Liberty Bowl game was the second coldest I have ever been, and I lived in Alaska for three years (my dad was military). The coldest was also at the Liberty Bowl, the 1975 game between Southern Cal and Texas A&M (after we beat the Aggies 31-6 in WMS).

When it was a night game, it could be brutal. Remember going one year with an Ole Miss fan when they played Air Force. If I had been driving, he would have missed a big part of the game or finding another way home. Unfortunately, I was not, so I froze my rear off.

When it was a night game, it could be brutal.

Tailgating before that game with ECU (while the sun was out) was pretty brutal. It just got worse after the sun went down. All day was bitter cold with the wind howling.