Thinking about getting YouTube TV but have some questions

I’m tired of paying way too much for cable TV and I’ve heard YouTube TV is the best but I have a few questions.

Thanks I’m probably sure I have a few more,this is one area of my life that I know absolutely nothing about so don’t laugh at me

I’ve got youtube tv and I’m pretty happy with it. Does your current TV already wifi ready? If not, you’ll need a Amazon Firestick or something similar. Then, you just put it in the HDMI port. ESPN isn’t a problem but I’, not sure about Fox Sports SW. It comes in right around $58 w/ taxes. I’ve not experienced any downsides. I have a small cabin in Erbie as well and what I like about Youtube TV is I can have as many TVs on it as I want. I don’t have to pay any extra for my place up there.

Youdaman, if you live in NWA and have Ozarks Electric, look into Ozarksgo fiber for internet. We went from 12 Mbps on AT&T to 200 Mbps on Ozarksgo. I will be watching this thread as we are also tired of spending so much on TV.

I went to you tube tv a few months back. It serves its purpose because I hardly watch tv except for college sports. Went from $165 a month to $53. I’m happy.

Amazon Firestick is the way to go. Heck I have the majority local channels in Arkansas in HD and I’m in Orlando. 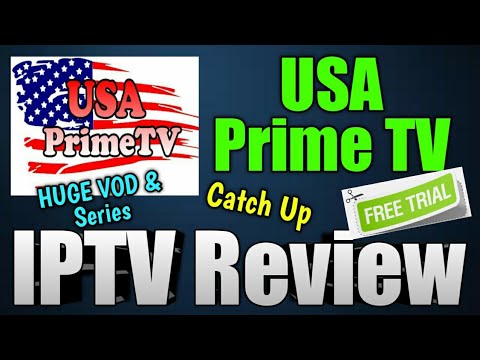 Hey Billy…sorry you have to deal with Comcast/Xfinity. We had them here in Chattanooga for years. Worse service EVER. Paid way too much too. We moved about 15 miles and are able to have the local electric board internet/cable. It’s great in every way. Best of luck on your change.

I’ve actually had no problem with Comcast but they just costing too much.just tired of paying that much for cable and internet.I think I’m going to do with YouTube TV I’ll just have to figure it out how to actually do it

You will probably need a streaming device to watch on your TV. I paid $30 for a Roku Express, and it works great through that. Plus, you can watch TV on your computer or on your smartphone (if you install the YouTube TV app).

You will probably not be able to get the Braves and Fox Sports SW, unfortunately. YouTube TV carried the Fox regional sports networks until a few months ago, but they were not able to work out a deal to carry them nationwide as they had done in the past. I think it may have had something to do with the sale of the Fox regional networks, but I’m not sure. They now carry them on a limited basis, though I can’t tell you exactly which locations have access.

It does take some getting used to. There are no actual channel numbers, if you’re used to that. They have a channel grid that you use to go to what you want to watch, but the good thing is that it’s customizable, so you can move channels around on the grid to get ones that you watch the most all near the top.

I have a smart TV but I just got it don’t really know how to use all the apps yet LOL. Like I said I am clueless when it comes to this kind of stuff that’s embarrassing

If YoutubeTV isn’t a standard app already on your smart TV, go to your tv’s app center. This is usually found by pushing a home button on the remote. My Samsung’s have a few apps installed natively (Netflix, Prime Video, Hulu), but YouTube TV was not one. I simply chose to add it to my home page from the app center. Now, I can toggle through YouTube TV along with my other apps similarly to how one used to change inputs (HDMI 1, HDMI 2, AV 1, etc.).

I used YouTube TV and Cox side-by-side for a couple of months to compare, then dropped Cox a few months ago. Still have them as my ISP because no others available in my location in NWA.

One nice thing about YouTube TV is you can have multiple users from the same family (they say has to be same residence). Living room tv is set to my preferences, while playroom tv is set for kids.

Your smart tv will likely allow you to bypass anything like a fire stick. I’ve got my TVs hardwired with Ethernet cables so as not to bog down my wifi since both wife and I are now working from home, and kids were schooling over tablets.

I pay 53.74/month for YouTube TV, down from about $175 for Cox. Was able to increase internet speed and still saving about $100/month. My biggest gripe with cable companies is all the stupid equipment they were making me rent. I was spending over $60/month for the DVRs, DVR service, and cable boxes around the house.

I am on the last few months of my DTV contract, so I signed up for YouTube TV a few weeks ago to try it out (and I downgraded to the cheapest DTV for the last few months). Mainly wanted to see if my wife could get all her favorites on YT. So far, it’s fine. I’m getting used to the recording aspect. I did have the most expensive DTV package and I was used to watching whatever show I wanted regardless of the premium channel, and now when I click on a Starz or Showtime show I realize I no longer have a subscription.

But I figure for a show on a premium channel, I’ll wait until all the shows are available, then get the free week or sign up for a month, binge the show and then cancel.

I realized how little I watch network TV. Most of my watching is Netflix, Acorn (free from library), Kanopy (free from library), Amazon Prime, and a couple of free classic movie apps on Roku. So, I am considering getting an internal antennae and just paying for ESPN and few other apps as I watch them. I might be able to go down from 222 per month to less than 30.

The earlier posts have covered a lot of good points. I had to buy a Roku to get it and I like the other channels that Roku offers for free. There is a Lucy channel and an Andy Griffith channel so you can watch any of their shows and my wife loves it. You have unlimited recording capacity, so we record every news or entertainment program. You can set it to record everything broadcast including Razorbacks, Braves, etc. and if it is on YoutubeTV, it is recorded. You have to be recording if you want to pause, back up, go to the john, and come back to start your program back up. The only channel that YoutubeTV doesn’t have that I really like is the History Channel, so I also have a $10 per month Philo subscription so I can watch “Forged in Fire” and “The Vikings.”

It takes some time to get used to their Guide and I miss not being able to just hit a number and go to ESPN or Bravo. You have to scroll down or up each time, so they could improve that. You can go to your account on your computer and you can select which programs you want and which ones you don’t want on your Live Channel list. You can also move the channels around on your Guide to get the ones you watch the most at the top for easy access.

If you have a slow or small capacity internet, you could have some stuttering signal at times depending on who in your house or neighborhood is also using it. This summer, there is supposed to come on line a low orbit sattelite internet that is SUPPOSED to be high speed, cheap, and available everywhere in North America. If as good as promised, that may be the solution for internet. https://www.satelliteinternet.com/providers/starlink/

Thanks so much for all the great info guys I appreciate it.

Here is one place that rated the different options https://www.cnet.com/news/best-live-tv-streaming-for-cord-cutters-youtube-tv-sling-tv-hulu-and-more/

This site has a newsletter that has lots of info for cord cutters https://www.cordcuttersnews.com/

Some smart TVs don’t allow certain apps, so beware of that. We have a Roku and two Amazon FireTV sticks in our house. We like both, but the Amazon device is a little more versatile.

I don’t have a smart TV so I had to use Chromecast for streaming but it worked fine.

FYI - I initially thought the guide was the only way to browse channels. However, I discovered after a couple weeks that you can actually look at what content is on other stations without the guide and without leaving the show you’re currently on. I’d imagine the app is the same across all TVs, but remotes may be different so not exactly sure how it could be done with each TV. For my Samsungs, I simply push the down arrow (the same button I use to browse the guide) while watching a show, and an overlay comes onto the bottom of the screen. I can scroll left and right to see what is on the other channels, and then simply hit enter when I find what program I want to switch to.

I have a friend who uses Chromecast and it works well but he has to have about 2 or 3 remotes to get to what he wants to watch.I would have to have him tutoring me for sure.

I do not see YouTube TV on mine. I have a Samsung 8 series 4K. I do see YouTube but it’s not YouTube TV.someone earlier said you could add it on but I don’t see that as an option I will probably call Samsung and have them walk me through it