The verdict on Morris from Non-Arkansas Media

I still shake my head that people worry about what the perception will be if Arkansas fires a coach during or after year two. Florida State firing Taggert hopefully puts that goofy argument to bed. They aren’t looked at as some point of immoral, unfair leper and Arkansas won’t be either.

I listened to a podcast featuring The Athletic’s Andy Staples and he said Arkansas should move on and the article I’ve linked below from a media member in Alabama makes the case for Yurachek firing Morris. The national and regional football media look at his record of ineptitude and think it’s a no brainer - which it is

Rather than being ridiculed or criticized for firing Morris, Arkansas will be a laughingstock around the league if they ultimately decide to keep a guy who’s an abject failure as an HC - it will certainly send the message we don’t care about winning in football. 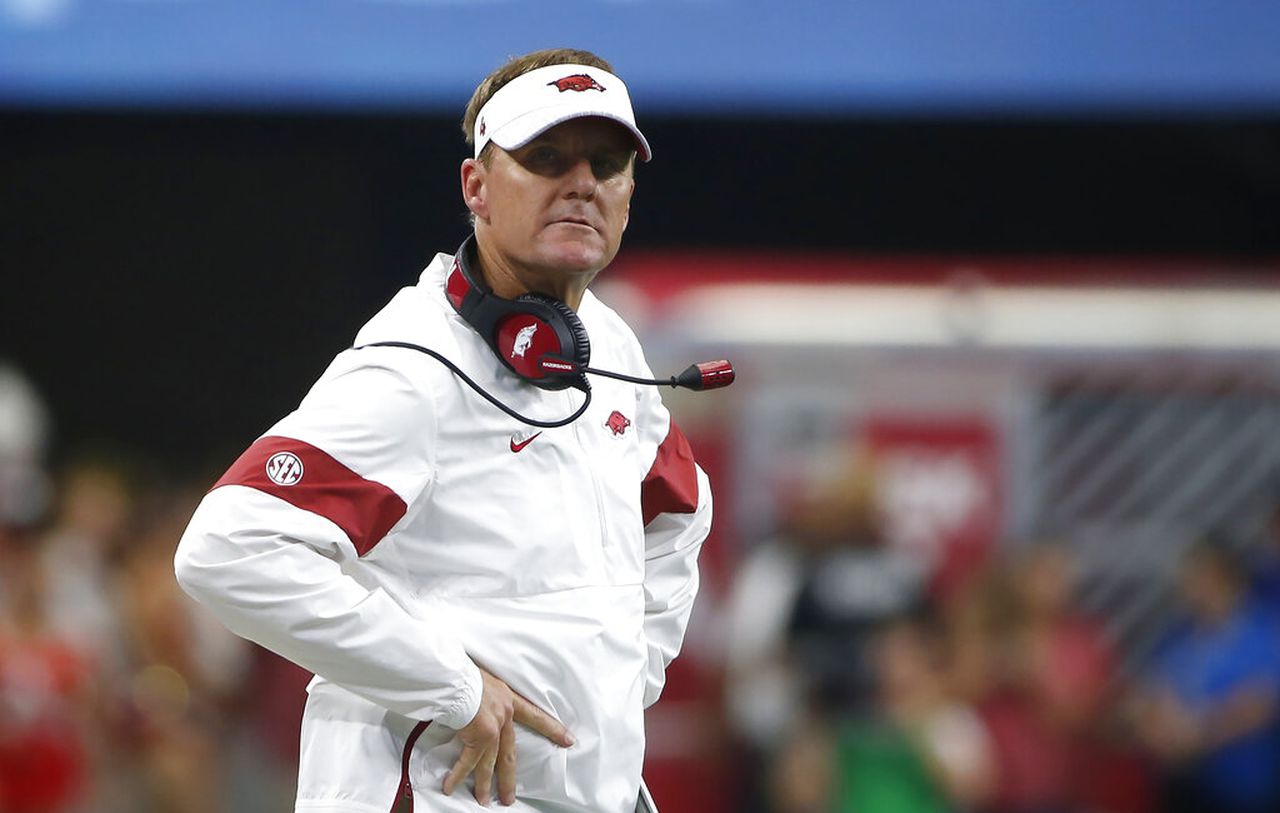 Arkansas should dump Morris, Auburn with work to do

Arkansas should move on from Chad Morris, Auburn's offense still has work to do and more from around the SEC. 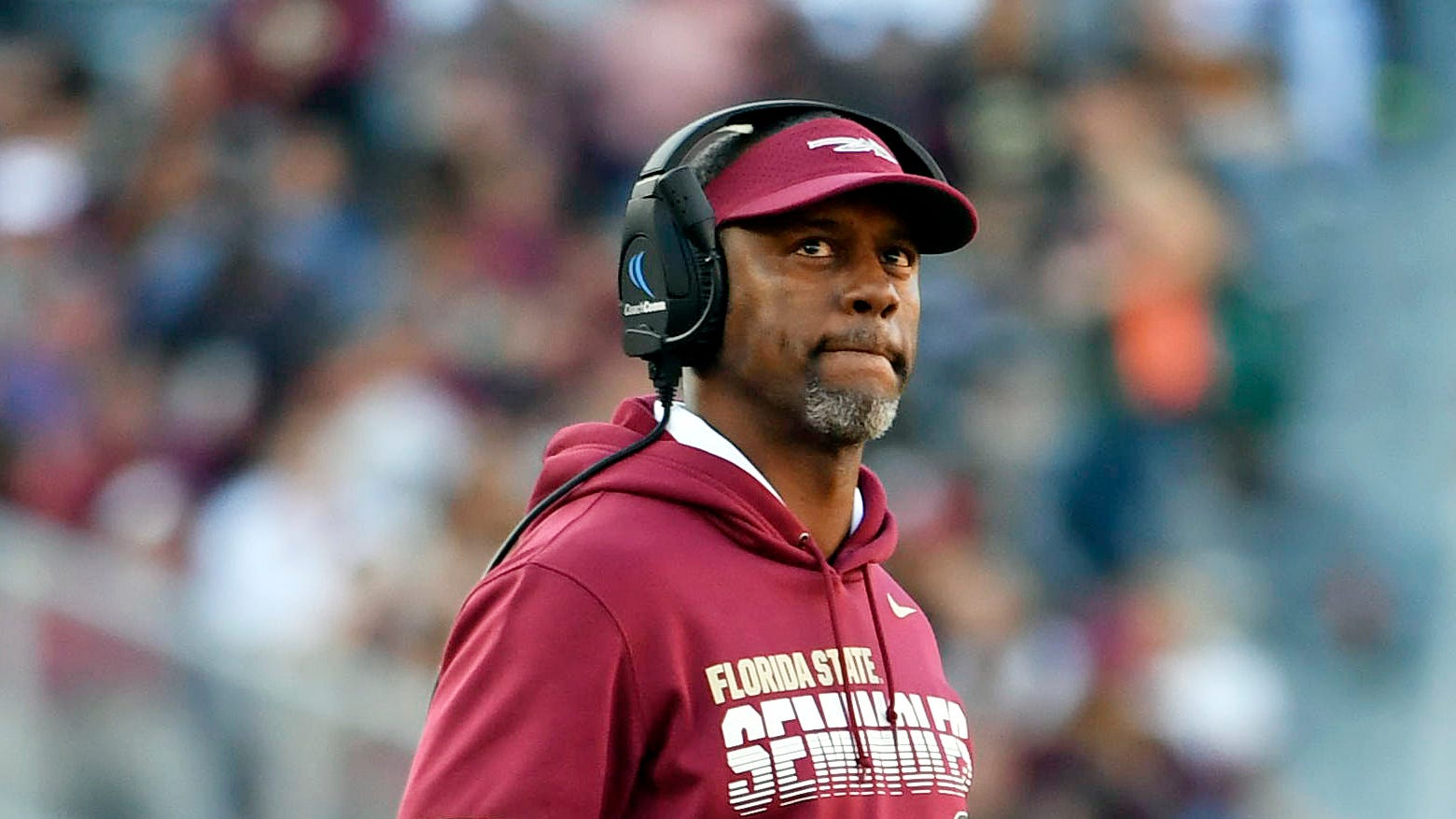 As we've figured out by now, Willie Taggart wasn't a good hire at FSU. What did we get wrong? In addition, Arkansas has turned into a disaster. 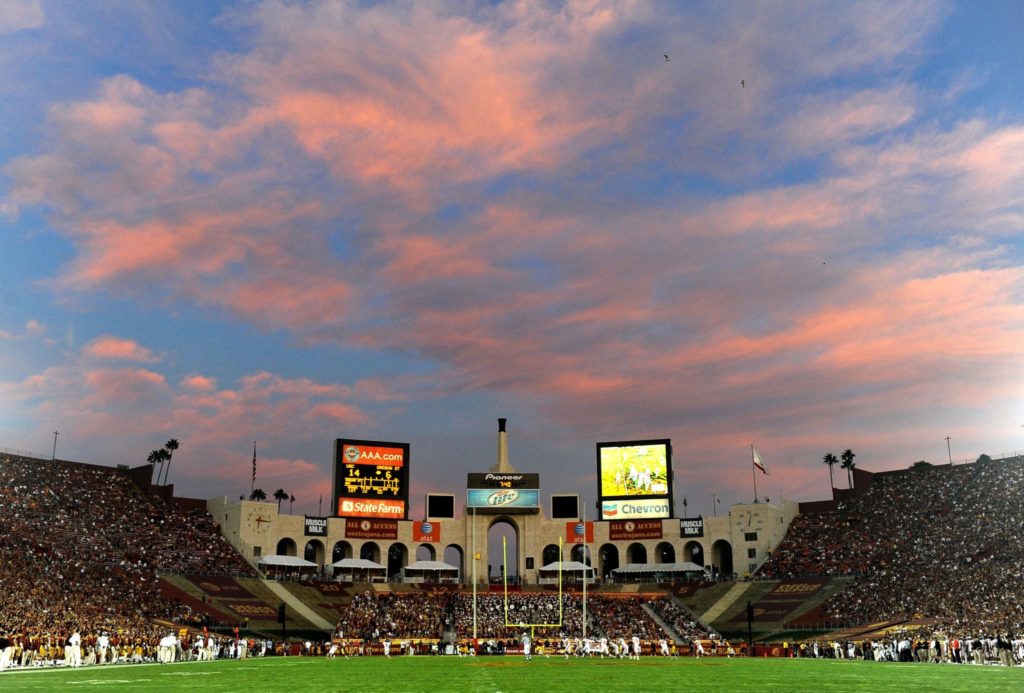 3 Major Coaches That Could Be Fired After Week 10 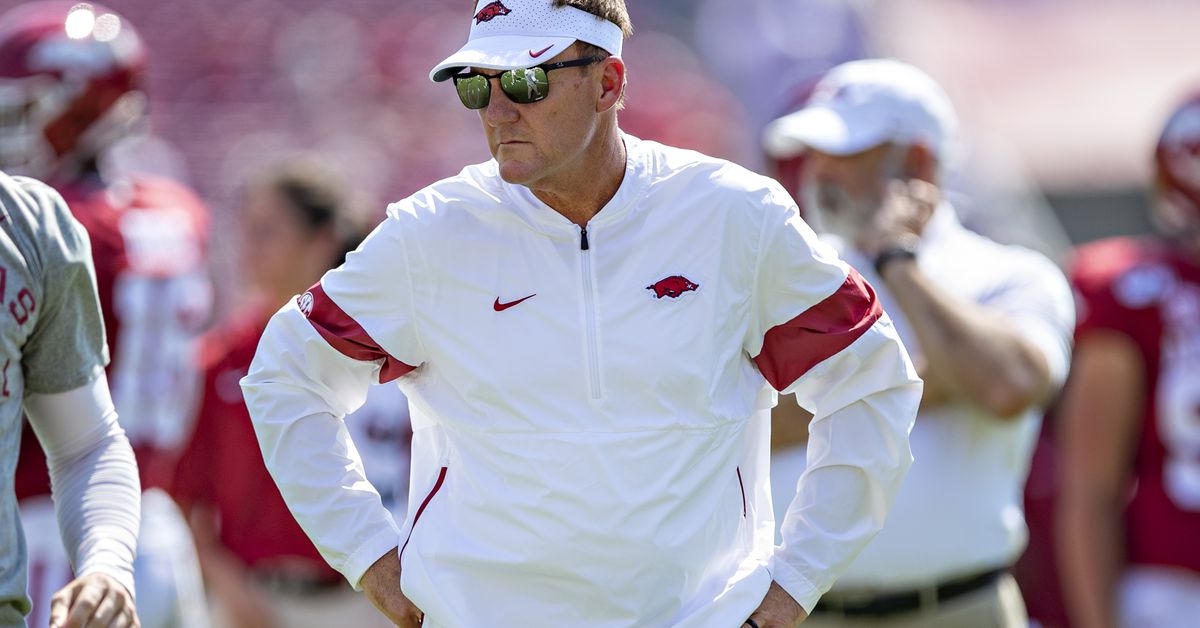 The Yahoo podcast with Forde, Thamel and Wetzel agree.

It’s obvious what needs to happen. I think it’s all about finances at this point. Someone is making the booster calls for money and the decision will be made.

I truly don’t understand how you ignore obvious obstacles to what you want. Multiple people have explained the challenges to you and you ignore them.

All you’re doing is making constant posts based on confirmation bias.

Someone is making the booster calls for money and the decision will be made.

I think this is the biggest hurdle. If they can get the right money (not just Chad’s buyout, but next staff’s money) then I’ll think some people will be happy (Jackson), but the price tag is gonna have to go up for a “good” (or should I say “proven”) coach.

And you aren’t ? Hard to take a person seriously that’s predicted Arkansas record at this point in the season is 9-0.

On another note, financial considerations aside, do you think Morris has earned a third year based on performance? 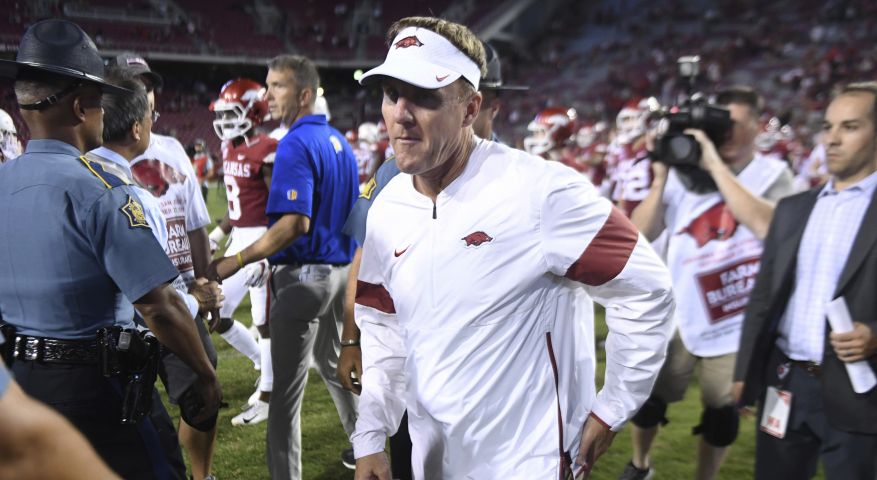 “Again: If Chad Morris doesn’t beat either LSU and Missouri, he’ll be the only Power Five head coach without a Power Five in his first two full seasons this millennium. Charlie Weis doesn’t have that note on his futility-filled résumé, nor does Ted Roof, Carl Franks, Chris Ash, Joker Phillips, David Beaty or any other coach.”

Not speaking for General, but in my opinion, I called for his firing three weeks ago. Based it off everything I’ve seen up to this point, but as I said in the pm last night, someone else is now involved in the Norvell sweepstakes. Better football and recruiting situation, better AD situation (to take either job, need a coach friendly contract, our AD is against that) and more money. I think Norvell is out. Leach also is out in my opinion. WSU is already paying what our top offer supposedly will be ($4 mil), and their AD is more willing to structure a coach friendly contract, plus we don’t have the right personnel for air raid, so it maybe another two years and us screaming fire him.

So, who is a realistic candidate who would be willing to get lowballed and have a school friendly contract while trying a rebuild. Honestly? Another “up and comer” and if it is, how do we know we will land the “right” one?

I disagree Norvell is out…

I bet money that FSU has Norvell on their short list, not sure how high but in the top 3, wont be able to compete with that.

FSU is who I was talking about being in the Norvell sweepstakes. I think he’s their #1. I know both AR and FSU have reached out to him. FSU was just paying Taggert $5 mil/year. AR is paying Chad $3.5 mil/year. AR supposedly is topping out at $4 mil. FSU has been rumored to go to $6. Hard for me to believe Norvell would pick us.

It’s one thing to lose games, it’s another to look totally lost at all times, continuously make embarrassing mistakes, and have TV announcers call out your tendencies in real time.

You CANNOT stay with a coach this in over his head. If we can only afford to pay some coordinator $1.5 million to be head coach next year, we need to do it.

I’m not advocating keeping Morris, I’m asking who is a realistic option that would be willing to give the school a school beneficial contract during a rebuild?

I think if you get to the bottom of the barrel, you could get Drinkwitz from App State.

Sam Pittman wants the job too. I would honestly much rather have him than Morris.

These aren’t my first choices of course. Just saying if we’re in dire financial straits and everyone else says no.

Pittman may return even if Morris is retained. One of the rumors is Morris stays and both Pittman and Venables are offered a lot of money to take offensive and defensive roles (Venables AHC/DC).

Don’t know how many would feel about that, but maybe changing the staff could help.

That might be ok, but if you’re going to pay Venables $2.5 million to come be our DC, why not just make him HC?

I just can’t believe he would ever leave Clemson to be an assistant somewhere else.

Hmmm…Bret McMurphy listed odds for next FSU coach, he doesn’t even have Norvell listed. Interesting…

Maybe we do have a shot

Not a bad pick

I’d actually forgot about him.