The three-year decision to fire Will Wade

From The Athletic’s LSU beat guy (wish they still had Kelli Stacy in Fayetteville).

Cliffs notes: They wanted to avoid a messy legal battle if they had fired him for cause in 2019. There were also people in the LSU hierarchy who thought they could beat the rap, that Wade had adequately covered his tracks except for the wiretapped call with Christian Dawkins. But when the NCAA combined the allegations against football and basketball into the IARP referral, that got their attention. They don’t want nobody messing with Tigah football.

So now, with the NOA in hand, they could fire SAO for free, say to the NCAA, “See, we’re taking corrective action,” and oh by the way, further protect the football program. The NAO did note that the football program had already taken corrective action about the rogue boosters and the cash from OBJ. And our beating them Friday provided the perfect timing to drop the axe on him.

What will the NCAA give them? Lack of institutional control is a biggie. They could get a multiyear postseason ban, or severe scholarship cuts, or both. All of which makes it more difficult to hire Wade’s replacement. 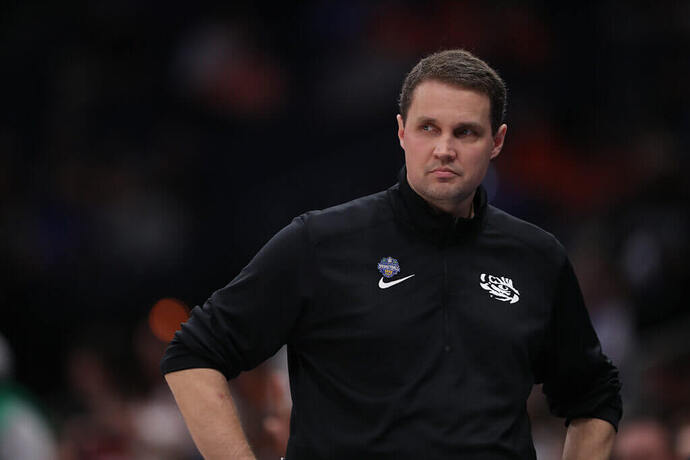 LSU, Will Wade and an inevitable decision 3 years in the making

The school fired its men's basketball coach on Saturday, days after the NCAA notice of allegations was delivered to the school

What LSU ought to do now is sue Will Wade!
The NCAA is gutless but LSU is too! They hired the scum bag and turned him loose. When any employ fails to talk to you about a problem or incident that’s the time to send em packing for good!
Will Wade and LSU will get what’s coming to them both.

I hope they get what they deserve. Some programs and coaches have suffered because the thugs hoped it would all go away, and Wade kept on dealing.

Did you guys read the text messages and some of the allegations?

Wade had lots of help with this. There is no way he was using his own personal money to finance all the cheating. One allegation was that he was getting a non athlete family member of paid player a free ride to LSU. If that is true then someone in the administration is in on this also.

LSU let Wade do whatever he wanted and now they have sat the basketball program back years. What did they get for all of this??? Now their good players will all enter the transfer portal and they will have to hire a retread or up and comer.

They went all in ( a win at all cost ). Once this all gets out it will show just how corrupt Will Wade and LSU both are!

LSU apologists are all “blah blah NIL blah blah”. This was illegal then, it’s illegal now. NIL does not cover what he did (and was probably still doing until yesterday).

LSU deserves “Lack of Institutional Control.” If they don’t get that, then no one should ever get it again.
Cheating has been part of that culture since I was there. I was there from Fall 91 through spring 94. As I said previously, many, many people spoke…out loud…about wanting to cheat if they had to to win. In my presence. Some were even faculty at LSU.

Hammer them. Or never hammer anyone again.

Interesting posts up on LSWho message boards today! Seems most are not upset WW was cheating, just so stupid to get caught doing it. They have learned their lesson. Will be smarter about cheating in the future. Nothing will change in BR.

If I read correctly he was still cheating after the initial allegaations came up in 2017. But I guess if you are a cheater…that’s what you do!

You read correctly. He and the AHC were paying guys in 2020.