The returns of Myron Cunningham and Grant Morgan are

just so big for Arkansas.

Big “pick ups” for Coach Pittman and his program in year two as they are not only two starters returning, but two of your best players on each side of the ball.

So who is next?

Franks, AJ Reed - don’t think so on these two

Kern and Warren, outside of them, no idea.

Those are two really big pickups or keeps or whatever in places we really help.

Really hope Gerald does I think he can have a breakout yr like Marshall, needs a good off season and he can do it

He mostly needs to stay healthy.

With Frank’s going to senior bowl would he be eligible to come back?

If you go to the Senior Bowl, you have declared to be a professional. They pay them to play in that game.

If you asked me to pick the two players who would help this team the most by returning, I’d start with Grant Morgan and Myron Cunningham.

I’d like to have Feleipe Franks back, too, but never thought that was realistic. Still don’t.

Yep 2 key players, 1 on each side of the ball-so far it’s a great start.
Just from the rest of the list Dudley gave, at least 8 of them could benefit both themselves and the team by returning.

I apologize if I “wear out my welcome” by beating this drum: this is a place you can improve special teams quickly. There are quite a few names with some playing experience on that list from Dudley. Special teams need speed and tend to focus on DBs and LBs…2 of our 3 shallowest rooms (TE being the next, imo). Smith, Morris, Warren, Hammonds, Edwards…all are players who could be on the two coverage teams and the PR team without a problem. Warren is a KR option again - you don’t risk the health of a younger player.

Before anyone notes that several of these are offensive players and I mention DBs and LBs for coverage teams…we had Hammonds, Knox, and Morris on coverage teams this year. Trying to get some speed and some playmakers on the field vs. going deep into the walk-ons/scout team.

It doesn’t leave you with 3-4 true frosh filling those spots. It doesn’t risk having a bunch of defensive starters having to pull double duty. Poor Jonathan Marshall - playing 88 of 91 plays on defense AND being on the punt coverage team.

Morgan & Cunningham not only have a tough as nails body but a heart of gold as well in my opinion.And I truly don’t think they’ll regret it. Another 365 under the tutelage of these coaches will be invaluable.
GHG!!!

You will have to do it.

I would love to have Marshall back but I believe he will be drafted and should go now. My opinion. I could be wrong. But I think Marshall is ready for the NFL now.

Not a bad thought oklahog. Most players coming out of college make it via STs and then get a chance to show what they can do in practice. The goal is to make and team and then worry about the rest.

DD, I think you’ve listed that just about in terms of playing time and that’s where I’d start. I thought the most likely to return and still do was the two linemen in Cunningham and Clary, then Kern, then Warren. Was unsure about Morgan and didn’t have him in my first 4 for that reason. Next up should be Kern. Warren’s recovery will affect his decision the most. But why not come back and get the best rehab possible. Clary needs to decide if he’s gonna get pushed around or wants to do the pushing. Hammonds can really start to shine if the line play is improved with this playcaller. Would like to grab a few defensive players like Gerald or Kelley. Just for some added depth. Also need to make sure Mo Brown isn’t try to out his name in the hat. He’s good.

Hammonds seems to have a big Hog Heart and seemed to re-awaken as the season went along. Has talent that is needed and given what he has put himself through and come out of, then he could a wizened old man for the youngsters like Trey Know who got a brain disconnect somehow this year. Darian Turner needs playing time and he will show his talents, including maybe KR. I agree on Devian Warren being maybe our best KR given the need we had to protect Burks from injury this year…

Cunningham is gonna have to show me more dedication and hustle, his talent exceeds his accomplishment on the field. Seems like that could be right in the Pit Boss wheelhouse if he is not afraid of stepping over his OL coach to help.

Franks is 3rd on best of rest by ESPN eval, sort of bargain bin for teams with time to wait and develop or give him more time to heal 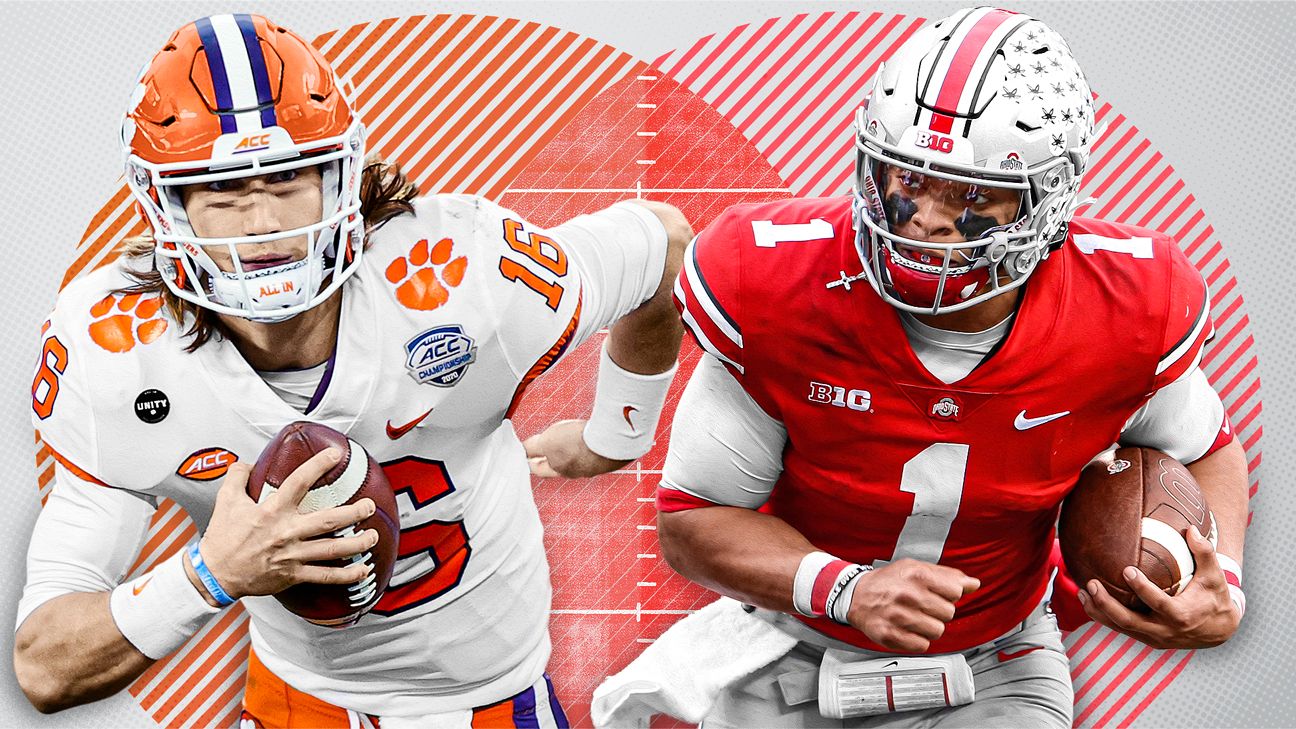 Trevor Lawrence, Justin Fields, Zach Wilson and Trey Lance lead the way in a deep and talented quarterback class for the ages.

As far as the tackle position in the middle of the line, there is hope that Jaylin Williams (from Jones College in Mississippi) will be able to play there. He’s 305 and strong. No one is as strong as Jonathan Marshall, but Williams is a stud.

With both Cunningham and Clary coming back, doesn’t this change how the four remaining scholarships are used? Seems we filled the two offensive linemen internally and neither count against any number constraints.

I hear ya, but IMHO, we can never have enough SEC dominating linemen.

If they can get SEC quality linemen, then do so. The rest will take care of itself. somehow, I think Sam may already know that