The new world of CFB: To be celebrated

From Springdale’s David Ubben, who describes his introduction to college football at RRS. Paywall 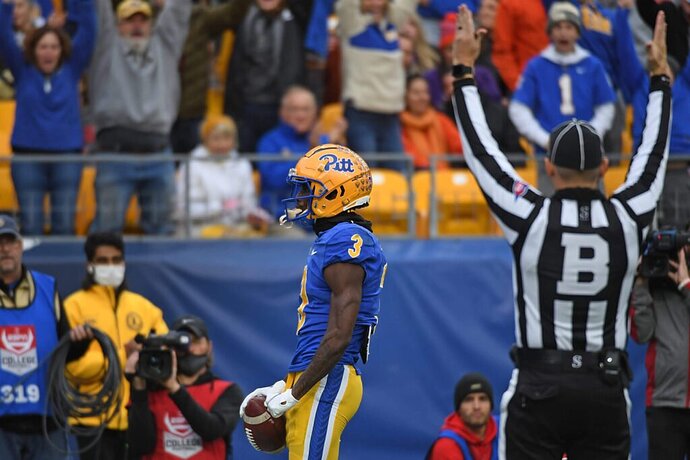 Ubben: It's the end of college football as we know it. Here's why I feel fine

The villains have usually been (IMO) adults who prey on youngsters and their families for their own good. It starts early when a kid shows potential typically at a young age. And then the coaches who blatantly pay under the table huge amounts to circumvent the (so called) rules. IE SAO from LSU. It’s really a new world. The drama around NIL and the portal is almost as riveting as the games.

Note: A subscription to the Athletic is well worth the price.

I guess I’m going to be in the minority here as I still think they should not have been paying college athletes anything more than some sort of stipend per month. I guess I always looked at it like it was
any other job/position I’ve been associated with in the past.

An intern/apprentice works his or her a$$ off for little to no pay or benefits, gaining valuable experience and learning how to move up the ladder to the big bucks. All the while working for a company or an exec that probably makes insane money. They must do their time before they can grab the brass ring. No intern/apprentice walks in to a situation and gets the brass ring handed to them before they’ve been on the job for some time.

I see college sports much the same way. This is their internship or apprenticeship. Their pay is getting a free education, free nutrition, free strength and conditioning, free one on one training at their position, free access to weight rooms, free medical treatment, free housing, free food, and the ability to make valuable contacts that will help for the rest of your life. People scoff when I say that and say but they make millions for others and get no compensation. Yes they do. But all that I listed if you had to pay for all that would be hundreds of thousands of dollars. That is compensation. Yes, its not the brass ring that those above you make or get, but all interns/apprentices must do their time before they get the golden parachute. That how it works.

Now though, they come in and its a gimme gimme gimme world. They want big buck before they do a darn thing. They don’t realize how privileged they are to receive all the things that they do that the regular Jills and Joes have to go in debt to their eyeballs to pay for their education. I know I had to work my backside off for dirt poor wages almost 40 hours a week while in college just to try and squeak through and prices were not then what they are now. I did some real sh1t jobs knowing my education would pay me in the future.

ahhh well… this rant is just making me mad at the current state of things again so I’m gonna stop there.

My point is the current situation is so insane and crazy, the next thing you know you’ll have cats marrying dogs or maybe Auburn deciding they love Alabama, etc.

I see college sports much the same way. This is their internship or apprenticeship.

Problem with that is that of about 14,000 FBS football players, give or take, at any given time (130 schools times 85 scholies plus walk-ons) probably less than 1500 will ever set foot in an NFL training camp and a lot less than that will ever play in a real NFL game. So you’ve got 14000 “interns” (and that doesn’t even count FCS, D-2, etc; that number is undoubtedly more than doubled) for 500 or 600 spots. That is a really crappy four-year internship program. The NBA is even worse.

Meanwhile, just to cite our favorite example, UA is building a $130 million annual business on the backs of those “interns”. Nobody was depending on you for a $130 million outfit while you were working your way through school.

That’s capitalism, folks. The turmoil that’s unfolding is upsetting, but as the author says, it will all shake out eventually. The NCAA buried its head in the sand for years (decades) rather than make plans for a regulated NIL system while this inevitable scenario was coming down the pike.

Given the astronomical escalation in coaching salaries and explosion of TV $ going to the schools, did anybody seriously think the on field talent would forever be okay with not sharing in the bonanza of $$$ associated with College Football, Inc.?

I consider the villian in this to be TV. I agree it was not always honest, but TV money has taken over virtually totally.

If they do not shut down the portal thing, hundreds of second team giuys will change school each year. Trying to get some of that money.

I have no magic solution.