The lack of offense in MLB

John Smoltz, former pitcher for the Atlanta Braves, and now a very good baseball color analyst on Fox, was discussing the dire lack of hitting in MLB. His comments were interesting, and I thought I would share them. This was from yesterday’s New York Mets-Washington Nationals Fox broadcast.

He said he used to be for the defense shifts, but now thinks MLB needs to outlaw the shifts because hitters just can’t hit the ball where there are wide open areas.

He said he would recommend a lowering of the top of the strike zone because hitters just cannot hit the fastballs at the top of the zone. The pitching is just too good.

Smoltz is a sharp guy and was a great pitcher, both as a starter and reliever and a Hall of Fame member. He was not in favor of moving the mound back from home plate.

They raised it, didn’t they? That was years ago. It’s same distance. Or, are you talking about in future?

I am ok with low scoring, fast paced games. I do not like 4-hour games with lots of pitching changes.

But, generally the rules makers lean towards offense.

It’s funny. In very early baseball, the job of the pitcher was to throw it where it could be hit, basically batting practice. Your fielders and hitters determined if you won or lost. But gradually pitching became an offensive weapon. Sounds like Smoltz is advocating somewhat of a swing back toward the original.

MLB is testing moving the rubber back one foot in one of the independent minor leagues this summer, the same one that is also testing roboumps for balls and strikes. 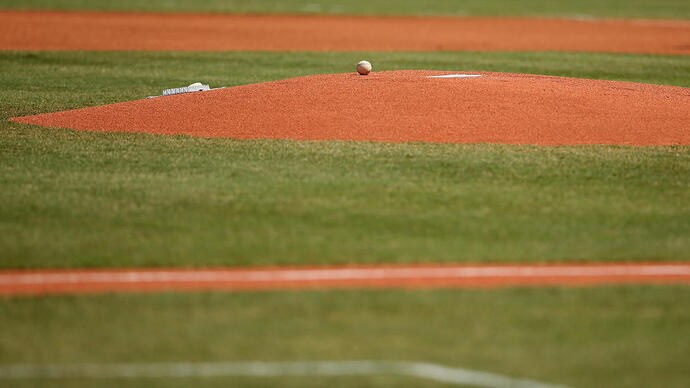 MLB experimenting with moving back pitcher's mound as part of Atlantic League...

I think it is merely the laws of physics. The velocity of the pitches and the delivery of assorted movement has been greatly in favor of pitching. I have no idea how to adjust that, but maybe two feet further back for the mound would work, but sadly, few methods would work. Adjustments to the ball itself might be the easiest method.

Moving the mound back gives the hitter a fraction longer time to react to the fastball, but it also gives more time for the pitch to break. However it might also break out of the zone. I think it’s worth a try, It might not work, but it also might negate some of the advantage of throwing 98.

I read somewhere that a 100 mph fastball gets to the plate in 400 milliseconds. Adding an extra foot might add 7 or 8 milliseconds to that, but the difference between keeping a ball fair or foul might only be 5 milliseconds.

From the MLB Official Rulebook:
“The STRIKE ZONE is that area over home plate the upper limit of which is a horizontal line at the midpoint between the top of the shoul- ders and the top of the uniform pants, and the lower level is a line at the hollow beneath the kneecap. The Strike Zone shall be determined from the batter’s stance as the batter is prepared to swing at a pitched ball.”

This has been the definition since I pitched in HS baseball 30+ years ago. And I have not seen pitches above the belt consistently called a strike by MLB umps in all those years.

In my opinion, the umpire judgement and unofficial rules already favor hitters. As a former pitcher I hate anything that favors hitters. lol 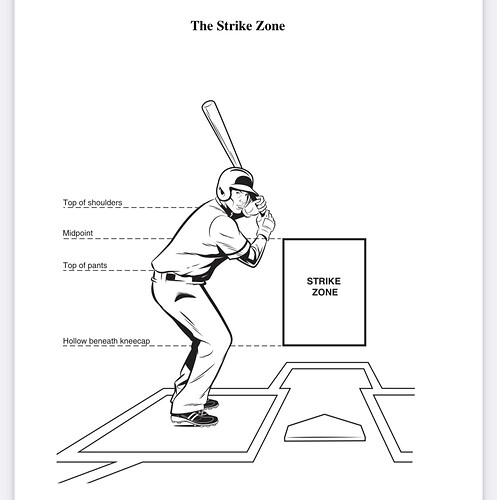 This is a great, short piece on Aroldys Chapman and his 105MPH fastball. https://www.youtube.com/watch?v=yEpdoAZiHWQ

Chapman overperforms stride length, stride speed, shoulder torque, and forearm acceleration to get to 105. When you add in the stride length and that he releases the ball a foot further from his land foot than the average pitcher…you create the illusion of a 108MPH pitch.

The science is easy to replicate. Replicating the strength, flexibility, and coaching acumen to remedy any injury-inducing mechanical flaws is beyond the science, of course.

Following Bob Gibson’s big 1967 season, they lowered the mound. Not sure, but I think it was raised again. But, lowering the mound is always a way to reduce the pitcher’s advantage (and reduce their likelihood for injury).

Batters have a hidden advantage - exit velocity. When they do make contact the balls jump off the bat. 115+MPH exit velocities this spring suggest that we need to be cautious.

When you reduce the tackiness of the ball, making the ball less easy to grip and generate spin rate and (thus) break) you also reduce the ability to control where the ball goes. Change the texture of the ball means more HBP - at 100MPH they are more dangerous, obviously.

Not sure, but I think it was raised again.

I do not like the shift either, have seen so many hits taken away, but will be shocked if it is ever outlawed

The shift hurt us in that loss to S. Carolina

why change anything?the hitters are better;the pitchers are better…very rarely does any pitcher throw way over 100 pitches anymore…they’re on a pitch count…i’m no expect or know everything type of person but i like the game as it is now…whats the saying?if it isn’t broke don’t change it

Defensive alinement is up to the team and should be left alone. I the defense wants to line up all 7 fields down the right field line, then so be it. That is their business.

Hit it where they ain’t.

MLB is entertainment and strikeout after strikeout is not really fun to watch. Watching pitchers come in and out is like watching people come through a revolving door. Watching the futility of hitters and the strikeouts are making the game hard to watch. I don’'t know the best way to make the game more fun, but something has to be done. Analytics is a factor, for sure.

Does anybody who is a baseball fan know what WAR means? Tim Kurkjuan on ESPN explained it one day…The pundits have quit talking about batting average because no one if hitting above .250, hardly.

Baseball should be entertaining! It’s a sporting event! Tv and sports, baseball in this case, is like a two edged sword. Television allow us to watch the games when we can’t attend the live event. That’s great! However. Tv wants to manipulate the game for their own convenience and bottom line!
Watching at home is great, but it can’t compare to being at the live event! I never went to a ballgame, sat in the stands and complained about the length of time the game was taking! I never sat there and yelled for them to, hurry up, I wanna go home!
I just wish they would stop trying to change the way the game is played just for the sake of television schedules. I’m, 69 and old school and that’s just my opinion.

I think the shift is great, and I love that it is being considered a problem now.

Maybe we’ll actually get to see some more pure hitters again? I miss seeing what guys like Gwynn and Boggs used to be able to do with a bat. It was like it became an extension of themselves. Could you imagine giving these guys an entire side of the field? They would have hit .500.

I remember when Ted Williams told Gwynn that he should consider pulling the ball a bit more to add some more power to his stroke. The next game, Gwynn pulled a ball into the right field stands.

Coincidence? Could be. But, he was a good enough hitter that I could buy that he just made that adjustment in his mind and executed it at the plate.

And then again when they shifted on Teddy Ballgame, he refused to adjust.

Perhaps, if the hitters were more concerned what it took to get a hit instead of trying to hit every pitch out, they would have much better averages.

Perhaps, if the hitters were more concerned what it took to get a hit instead of trying to hit every pitch out, they would have much better averages.

True, but nobody cares that much about averages any more. With pitching what it is, it’s hard to string together four or five hits to get a big inning. Easier to get a walk, a bleeder and a three-run bomb.

Years ago I had the honor of watching Greg Maddox pitch for Atlanta at Turner Field. The Braves were playing Toronto and Greg was mowing them down. The Toronto pitcher (can’t remember his name) was hot too. The Braves won 1-0 on a HR and the game lasted 1 hour 45 minutes which was the shortest in MLB that year. Great pitching, fielding and as a fan I loved every minute of it.