The Difference was Obvious

right off the bat. Ole Miss was the faster team and it was not close. You could see it across the teams. Their backs were faster as was their defense. Their receivers were often running open across the field while ours nearly always had a defender very close.

We are faster and quicker this year but not near the SEC level. We have so very far to go. Thanks Brett for the wonderful job you did recruiting! 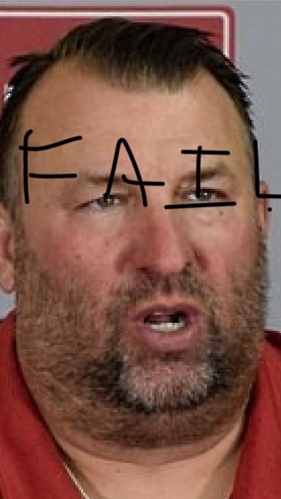 Who are the slow guys?

Richard,
From my viewpoint, our #9 was always trailing his man throughout the game. And, it appeared to me, that when Ole Miss needed some yardage, they went at him. I think, in time, he will be a very good DB; but he is not yet… And, I know he is a Freshman…

We are in dire need of a change of pace back - think Michael Smith - in this offense.

Chase Hayden had a lot more of that before he got hurt. Not sure that’s ever coming back. Right now Warren with the stuff on the outside, be it hand offs, quick passes, etc. is the change of pace, maybe Hammonds will do some of that when he comes off suspension in a couple of weeks.

The transfer from Arizona State who is redshirting is supposed to be pretty dynamic, too.

Don’t know Richard. Just watching overall that Ole Miss was the fastest, quickest team and there backs were certainly faster. Did not say we were slow, but we are certainly not SEC fast.

Agree, we still have a long way to go.

Ole miss had a game plan to target McClellion, and did so effectively, hes got to improve. Some games he looks good but he struggled against ole miss, in speed and everything else.

Ole miss played faster than we do. Maybe they are just more confident in their systems, which allows you to play faster.

We do need something else at RB. WHaley and Hayden just aren’t good enough. I’m ready for Hammonds to get back from suspension, maybe he can add that change of pace. Hes always been electric with the ball, the hard part is getting him on the field. Maybe Spivey? Its not like he would hurt us by playing him over whaley and hayden.

Chase Hayden had a lot more of that before he got hurt. Not sure that’s ever coming back.

That’s how I see it; Whaley too. The speed and quickness seem gone.

I find it hard to believe that we only managed 2.3 yards per carry against this Ole Miss team. Wow, and we have to travel to Tuscaloosa and BR? Ouch.

We better figure out a different offense, fast.

Doing better on the mid/deep passing game will help, as that will keep so many defenders from crowding the line. . We’ve got bigger receivers now, with a bit more speed, so there are plays to be made on contested throws if the QB can get the ball there on time and with decent accuracy. So Whaley and Hayden need Starkel and those talented pups to keep getting better.