The day the Dallas Cowboys died

I’d heard bits and pieces of this over the years, but never read anything pieced together and laid out like this. Granted its just one side of a story, evidently Jimmys’ side, but its still an interesting read. I’d love to hear Jerrys’ version or rebuttal to this one. Still it fits perfectly with the view I’ve had of Jerry and his ego for a long time. It was 25 years ago in Orlando when Jerry Jones killed the Dallas Cowboys |...

Jerry Jones insulted Jimmy Johnson 25 years ago in Orlando and the Dallas Cowboys haven't been the same since.

As a Steelers fan all I can say is… cheers Jerry!

Jerry hasn’t done the Cowboys any favors and I’d prefer he stay away from meddling in Razorback football management (do keep writing checks, however). Still, the Cowboys have not died. They’ve come close several times to getting back to the Super Bowl. The hiring of Parcells almost got them there. Been close other times too.

Jimmy died too that day. ghg

What I’m confused about is how you value a team. Is it Super Bowls? If you are a business man it’s value of your asset and the cowboys have been the most valuable team for over a decade. While many fans just want wins, owners want money, because it’s a business after all. The cowboys are far from dead in that respect. 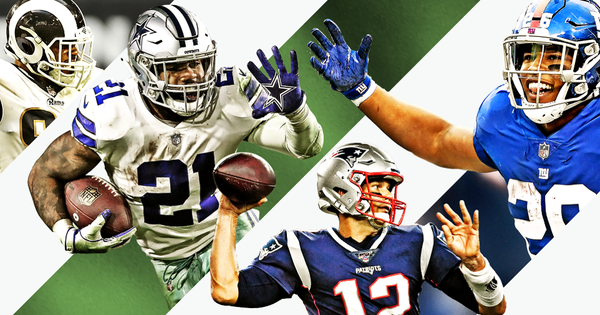 The NFL’s Most Valuable Teams 2019: Cowboys Lead League At $5.5 Billion

The Dallas Cowboys have again topped the chart for the NFL’s most valuable team as relaxed ownership and debt rules and the prospect of lucrative media deals have boosted average club values by 11% in the past year.

As a Steelers fan all I can say is… cheers Jerry!

I too am a long time die-hard Steeler fan. I’ve been to only one game in Dallas Stadium and that was when the Steelers visited and beat the boys into submission. It was a good day. I was sitting near the Dallas Cowboy Cheerleaders as well so that was a bonus.

If you are a business man it’s value of your asset and the cowboys have been the most valuable team for over a decade.

I agree 100%… on the business side of the NFL, Jerry Jones is tops in the game. He is one shrewd business man. But they don’t give you rings and trophies for making money just for winning titles. In that regard Jones has not been really successful since Jimmy and him departed and the team Jimmy built faded. Switzer held the reins of a winning race horse for a season or two, but without Jimmy it was soon put out to pasture. Since that time they have not even sniffed a title, ring, or trophy… and that’s been over 20 years.

Tip of the hat to fellow Steelers fans. Been a Steelers fan since Franco made the Immaculate Reception.

I always thought it was their poor management in the beginning of the salary cap age that brought about their downfall as much as anything.

Tip of the hat to fellow Steelers fans. Been a Steelers fan since Franco made the Immaculate Reception.

I remember watching that game. I was going crazy. Still can’t say if it was, at that time, a legal catch. I could just not tell who touched the ball first, and in those days that mattered. As a Steeler fan, I just knew it was a catch in my heart. That was enough for me. Still I enjoyed the story I heard a few years later from the ref that called it a touchdown. The story went something like… after the play the ref called the box and asked how much security they could get down to him. They said none and asked why. He said if I make the call I should they will kill me. They said sorry no extra security is available. So the ref turned around and raised his hands and said “TOUCHDOWN”. The rest is history.

I’m in my late 40s and as a kid everybody on the playground had Staubach jerseys and Cowboys jackets. Being a bit of a contrarian I decided to root for the Cowboys Super Bowl rivals at the time. Glad I did!

The Cowboys will once again be a yearly contender once JJ has handed over the reins of team to some capable leader. No doubt JJ knows how to make money, knows football and is a blessing to the University of Arkansas to say the least, but needs to step back and relax and let someone move the Cowboys down a better path to success. WPS

They’ve come close several times to getting back to the Super Bowl.

To get close to the Super Bowl you have to reach the conference championship game. NFC Championship record since they beat the Steelers in their last Super Bowl: 0-0.

I’ll preface this with saying I’m a lifelong Cowboys fan. I watch every game.

The Joneses have built a pretty good team in the past eight years or so. The Cowboys have drafted about as well as anyone with the likes of Zack Martin, Travis Frederick, Tyron Smith, Jaylin Smith, Leighton Vander Esch, Ezekiel Elliot, Dak Prescott, DeMarcus Lawrence, etc. Those are all among the best players at their positions, and the team took a lot of flak for some of those draft picks.

I know it is playing in a bad division this year, but if Dallas wins this weekend it will be in the playoffs for the fourth time in six years, and the team always seems to be in contention. That’s hardly a dead franchise.

And most likely one and done for the 4th time in 6 years.

Love m or hate m, The Cowboys were the most innovative franchise during the 60’s & 70’s.
Been a die hard Cowboy Fan as long as I have been a Razorback Fan. Yea Jerry (Ex Razorback from NC Team) has done some outrageous things since assuming ownership.
Right out of the gate the way he disrespected legendary coach Tom Landry (not sure how much Jimmy Johnson was on board with that at the time) but he was the replacement. Jerry tried to clean it up later but damage was done. Then basically did the same to Jimmy (ex Razorback Team Mate) per the OP here. The Herchal Walker trade was monumental. But he Just keeps meddling & trying to run the whole league. I guess trying to be more obnoxious than Al Davis was. But he is a money maker and great marketer.
I wonder what Parcell’s last words to him were?

The Cowboys won playoff games in 2014 and last year. The only one-and-done during that stretch was the 2016 divisional loss to the Packers when the Cowboys had a bye.

So is any coach off the Cowboys’ staff going to be on Pittman’s staff at the U of A?

Being in Ca and a life long 49ers Fan going back to the 60s you Dallas fans kill me haha so funny to read this stuff. As a fan who cares how much the Cowboys are worth, how many times in last 6 years have you been in the playoffs, the only thing that matters is winning the Super Bowls…or your like the other 31 teams…losers and I think your last Super Bowl appearance was 95 or 96 so keep on being happy that there worth 5.5 billion haha