The Athletic on KJ

David Ubben is their Tennessee writer but grew up in Springdale. Cliffs Notes version: Feleipe Franks got KJ ready to take over and be Da Man. 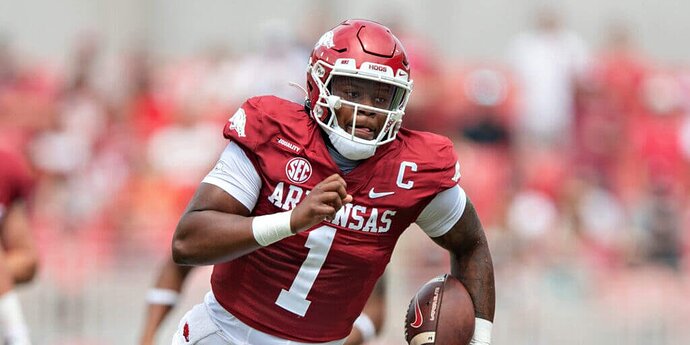 Florida transfer Feleipe Franks helped Jefferson gain confidence and convince Arkansas coach Sam Pittman that he was the QB of the future.

Nice story which increases the already high regard I have for Feleipe Franks. Hopefully, KJ can gain some touch on his passes, and the receivers will have fewer drops than in our first game.

FF was the ultimate bridge Quarterback. So glad he fell into our lap. Without him, our SEC winless streak would probably be intact. In another year or two I think KJ will be as good or better than FF. I’m afraid this is going to be a learning year,without a winning record though.