The Athletic looks at 2022 Hogs

A lot here. Kinda boils down to balanced offense, be more multiple on defense. 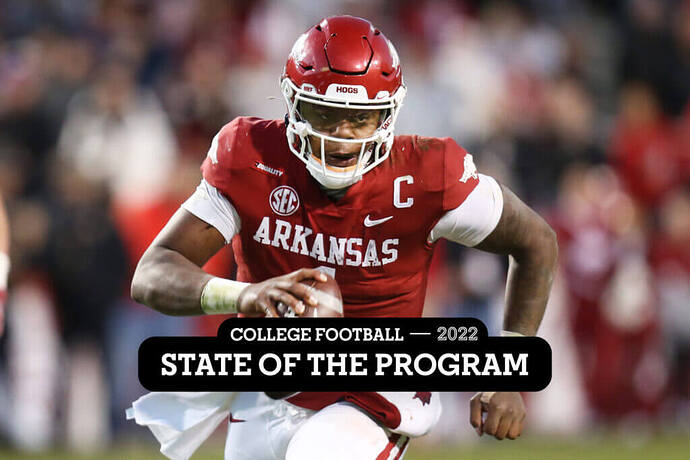 Arkansas is no longer an easy “W” for others in the conference. Wins are difficult to come by in the SEC West, but the Razorbacks have positioned themselves to be in nearly every game they play. That’s a testament to the work Pittman and his staff have done in two short years.

I told someone today, we may not know what will happen, but we do expect to be prepared and be in every game.

The athleticism on D will be the best in years… The D-line is the biggest concern with Carter being doubtful this season. Arkansas needs some bigger guys to step up.

Bigger and faster! It will
Take more time to move up from last season but as others have said the Hogs are no longer a cake walk where teams can show up and know they are going to win with their starters playing the first half and the reserves playing the second half.
The hogs are headed in the right direction