That was EPIC! SEC NATION!

IT WAS EPIC. If you didn’t…don’t even wait a moment. Go to Watch ESPN, find the replays, and watch the show. It is WORTH IT.

First, there was the fantastic, Chuck Barrett narrated vignette.

Then, the pundit predictions. Tebow started it, saying “y’all are gonna be great! But you’re not great yet.” And then he picked the Whorns. Then, the great Roman Harper said he was picking the Hogs! Said KJ would make “enough plays.” (He is SO HIGH on #1! ). Then, Jordan Rodgers took it up a notch. He whipped out a “pigs” hat and started screaming he was taking the Hogs! Harper was like “that’s what I’m talkin’ bout baby!”

And then…Finebaum. Paul says “I grew up in Memphis, loving the Hogs.” He then saunters over to the Whorn mannequin, takes off the Whorn helmet (prompting Rodgers to say “don’t do it!”)…and then he CHUCKS THE WHORN HELMET over the ledge, onto the pavement…and walks over to the “Hog side.”

Tebow fell ONTO THE GROUND…and the place just went bonkers. It…was…EPIC. OPERATIC. I was in HEAVEN.

I will second that it was a fun segment. The segment begins at the 1:42:00 mark essentially.

I got an update from espn nation saying Marty smith did an amazing thing for a hog fan that lost family members, but the link woukk lol don’t open, anyone see it?

Yeah I found it and shared the link. If it’s been shared in a topic feel free to take mine down mods.

Did the links get removed? Can’t see 'em 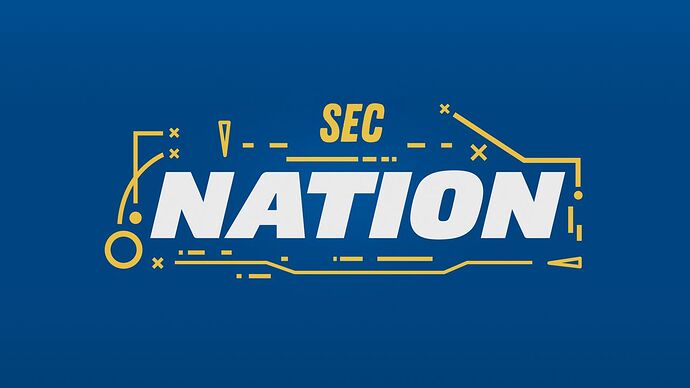 After watching: Those guys really got pumped. I’ve watched Finebaum for maybe one hour total in my lifetime, but that’s as animated as I’ve ever seen him.

Everybody got it right but Timmy.