Without his vision and decision-making to help us get into the SEC 25 years ago, today we might be facing a problem similar to what is facing most of the remaining Big 12 teams except for Texas and Oklahoma.

Coach Broyles was an impressive man. He was a great coach, a superb athletic director and a man of vision. He made some mistakes, but his legacy is just an amazing one. Thank you, again, Coach. You are the man.

Except that tu was never going to allow Arkansas to be a part of the Big 8/12.

Except that tu was never going to allow Arkansas to be a part of the Big 8/12.

And in part why I am so against ut being allowed in the SEC.

ut made SWC & Big12 dysfunctional, & will do the same to the SEC. ut being rejected by the SEC leaves them alone & irrelevant. Their alternative of moving to the PAC or ACC & always playing long distance & without rivals keeps them irrelevant & dysfunctional.

You do what is best for the conference, not make business decisions off of hate or emotion.

Texas is not going to be denied entry into the SEC.

That would be like turning down Miss Universe for a date. She might be dumb and uninteresting, but my that body and that face are incredible.

We might have eventually gotten a seat at the table, the same way TCU did, but that would have been a slow, painful process. Or we still might be in the SMU/Houston boat.

What are the bottom $ to the SEC & to Arkansas if this happens?

Assume what is best for the conference is all about & only about more $. Are there other upsides other than this denying ut entry into the PAC or ACC?

Independent of any emotions, ut’s past history in their last 2 conferences (both with Arkansas & other teams) & warnings about ut need to be considered.

It’s obvious that football is down although one can argue that Coach Pittman and his staff have at least got Arkansas up off the floor.

Arkansas has to get better whether Texas and Oklahoma enter the league or not.

The Power 5 conferences are on their way to 16.

While I myself would rather have OU and Oklahoma State instead of Texas, State does not have the cache of Texas when it comes to television contracts and Q-rating.

What are the bottom $ to the SEC & to Arkansas if this happens?

I ran through some of the numbers yesterday. An ACC source predicted that ESPN would cough up another $200 million per year if UT-OU come on board, on top of the big deal they signed to replace CBS. SECN revenues should also bump up; yes, we’re already in Texas but not in Oklahoma which has 4+ million residents.

So anyway, just taking that $200 million figure, that would be worth upwards of $70 million per school per year. Remember that the SEC distribution for 2020 was $45.5 million per school. If SECN does better as a result, raise that even more. And there’s potential streaming revenue from ESPN+. So I think this is worth >$25 million a year to UA.

Drilling down deeper on the numbers: That $45.5 million distribution was with the CBS contract which was a bargain $55 million per year, on total SEC revenue of $729 million. ESPN signed to pay $3 billion over 10 years to replace that, which is $300 million per year. So add another $245 million to the kitty. Then add the extra $200 million the ACC guy predicted. So without any improvement in SECN revenue, the SEC kitty becomes 729+245+200= $1.174 billion. So with total SEC revenue increasing 61 percent, a 61 percent increase in per-school distribution is $73.2 million for all 16 schools.

I think that one difference now is that the shorthorns and the paper clips are asking to join, not driving the formation of a new conference. There are existing SEC rules and revenue sharing agreements. If the two applicants don’t agree to abide by those, I can’t imagine the existing members would vote them in.

Would be all for OU & OSU but understand that does little to improve the SEC real-estate. However, OU does have a strong national presence, perhaps more so than ut, especially when you look at OU’s coast to coast source of their recruits.

OSU is definitely a better & improving team with so many of their top recruits from TX but with academics being their achiles heel.

Many at OU would prefer being in a conference without ut - especially after the hook-em down was recently banned.

Important to remember that while football is the big funder of the athletic department, there are a lot of other sports involved.

That matters because I suspect one of the future dominoes to fall is to see football become an autonomous sport, separate from the NCAA.

Doing business with Texas is bad. They wreak havoc wherever they go. Getting into business with the likes of Texas never ends well.

But from what I am being told, the $$ is too much to turn them down, so it’s pointless to argue about it at this point.

It basically already is an autonomous sport. And it’s only going to become more autonomous. But then so is everything else. The conferences are going to run college sports.

Thank you to Hunter for hiring Sam, Muss and the other coaches. Hard to believe where we would be if this news happened couple years ago.

Agree Dudley. One thing where I think the timing is a little bit bad is the fact that we do not have a known Texas recruiter as head coach. I mean, I understand we will probably strive to get better presence in Texas. But Sam really has no background there if I understand it. Briles has a background in Texas. But having Texas, A&M, and Oklahoma in the league should, ordinarily, yield better Texas recruiting results. Going to Arkansas is yet another way to Texas kids can play their high school mates and play in front of their parents. And I think we all need to admit that Arkansas’s best days in football existed when A&M and Texas were both in Arkansas‘s conference.

Do you envision a strong push for Arkansas to get a better Texas recruiting presence now? We certainly had it with Chad Morris, but he was a complete disaster in other realms. There is a young African-American assistant at SMU right now it is absolutely killing it in recruiting. This guy: 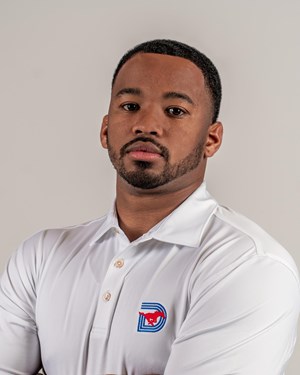 Ra’Shaad Samples serves as assistant head coach and running backs coach for the Mustangs. Samples arrived on the Hilltop in July of 2019, working as an assistant

Arkansas should money whip the guy and get him up there. I think his dad is head coach at Duncanville, a powerhouse.

Yes Chad recruited. But he couldn’t coach anyone out of a wet paper bag.

While I obviously agree that recruiting in Texas is vitally important, I do think that it is important to note that both Sam Carter and Kenny Guiton are Texas natives.

Carter proved his worth there in the last recruiting cycle and I’ve had a lot of Texas high school coaches lavish praise on him.

Dowell Loggains was born in Newport, but moved to Texas and graduated high school there.

So there are some more connections than just Briles.

Samples does seem like a rising star in recruiting and obviously is somebody to keep an eye on.

His dad Reginald “The Godfather” Samples is the head coach at Duncanville and was the 2019 National High School Coach of the Year.

But in no way would trade Jimmy Smith as running backs coach for him so it would need to be a different role if he was brought on staff here.