I’ve thought a lot the past week or two about what the SEC will look like from a baseball standpoint with Texas and Oklahoma.

Texas obviously adds a tremendous program to the league with more College World Series than any other team. David Pierce has turned that program around after it took a little bit of a dip in the final years under Augie Garrido. You could make an argument that Texas was the second-best team in the country by the end of this season. The Longhorns appear to be a factor for the foreseeable future.

I think Texas will benefit in recruiting from playing in the SEC. A lot of Texas kids go to SEC programs. Whether or not they considered Austin, I’m not sure, but there is an allure to playing SEC baseball. It provides exposure (both on TV and to scouts) and competition against great players — much more so than the Big 12.

Oklahoma’s program has been down for a while. Sunny Golloway had a great run there, but OU has only been to the NCAA postseason twice in the eight seasons since he left. In fairness, the Sooners probably would have been a tournament team in 2020. That was a great pitching staff. I think the impending SEC move will put Skip Johnson on even more of a hot seat going into 2022, which will be his fifth season.

With Texas in the fold, the SEC will have the seven programs that annually have the largest attendances — LSU, Arkansas, Mississippi State, Ole Miss, Texas, South Carolina and Texas A&M. Although it has comparable capacity, I don’t think Disch-Falk is at the level of most of those other ballparks.

Oklahoma has promised renovations at Mitchell Park, but has reportedly had trouble fundraising. That park would be one of the worst in the SEC right now, comparable to Tennessee.

I’m also reminded of the third assistant coach vote a couple of years ago. Oklahoma and Texas were among the five Big 12 teams that voted against it. Texas AD Chris Del Conte said at the time he would have been for the proposal if it didn’t also include a third paid assistant for softball. I have not been able to find whether Joe Castiglione at Oklahoma had any public comments on the matter.

Matt, got any idea what the SEC conference schedule would look like with the addition of TX/OU?Would we go to 33 or 36 game league schedule?

Good question. I doubt that will be the case because the nonconference season is already so short. I think a more probable scenario is for the league to stick with a 30-game schedule, but possibly eliminate divisions to create matchups more frequently.

Oklahoma has not been great but has beat us the last 2-3 times we played them for some reason.

Skip Johnson is a great pitching coach. He was Garrido’s pitching coach at Texas for a lot of years and a long-time JUCO coach in Texas before that. He was one of Clayton Kershaw’s mentors.

Oklahoma can always pitch, so it is going to have a chance to win any single game because of that. Had Arkansas and Oklahoma played a series the last two years, I think the outcome probably would have been in Arkansas’ favor.

Last year Cade Cavalli pitched against the Razorbacks. He was a first-round draft pick. I don’t remember much about the starter this year, but the closer, Jason Ruffcorn, had All-America potential and was an eighth-rounder this year.

Not sure of Joe Castiglione’s public comments on a 3rd assistant either, but his head baseball coach would be the 16th of 16 in base salaries, if OU and Texas were in the SEC today.

There are more than seven that have salaries in the millions. Kendall’s tweet, if it’s the same one I saw, only addressed the coaches who received new contracts this offseason. It did not include Kevin O’Sullivan or Tim Corbin. I also would not be surprised if Butch Thompson at Auburn was making at or near $1 million per year. 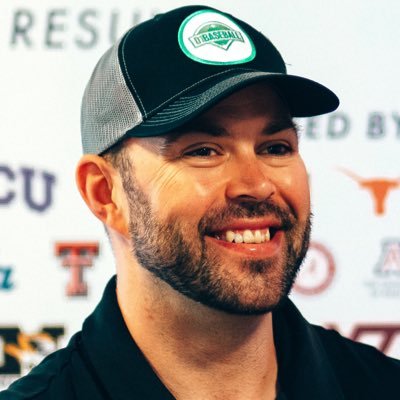 I don’t do Twitter, but it looks like that data is the same he included in a recent article about OU and Texas entering the league. So, you’re probably correct. Kevin O’Sullivan almost certainly makes more than $1M.

I think O’Sullivan might have been the first $1 million-per-year coach in college baseball. He got a big contract (and promised a new ballpark) when he won the national championship and received interest from Texas in the same year.

The big question is what do they do with Texas and Oklahoma as far as divisions in baseball? It would seem logical (but logical seems to be less the norm now) to have them both in the West for baseball and then slide two teams to the East (Alabama and Auburn?) That would make the West even more lopsided than it’s been of late. Or does Missouri become a West team in baseball and Texas made an East team.

Oh yeah, all of this is crazy and nonsensical. But that’s where we are now.

That’s my point they have always give us fits,We beat Texas but haven’t been able to beat them,so both coming into our division will make far more difficult bc Texas is way better than Bama,and OKL and Aub are about the same.

OK, with 16 teams in baseball you have these options:

Divisions, in which case 21 of your 30 SEC games would be within your division and you would only play Vandy or Florida three times in eight years. Unless, of course, you switch to 33 games, which would be pretty clean because you could play half the East teams one year, the other half the next.

Or no permanents and rotate everyone. Play ten out of the 15, switch out five in year two, five more in year three. Which seems to be a relatively clean way to do it and stay with the 30 game schedule.

I disagree about Oklahoma being on par with Auburn.

Auburn played in the College World Series two years ago and has a pretty solid program under Butch Thompson. Oklahoma has not won consistently in a long time.

if you look at the records the last 10 yrs for each team you will see OKL has won 40 games 3 times and 1 losing record and Aub won 40 only once and had 2 losing records and why I say they are on par with each other, and like you say OKL will always have Pitching. we will see how they do in a Tougher conference.

But look at the last four or five years. That’s the difference. Their records were similar this year, but Auburn had been to three consecutive NCAA Tournaments (including a CWS and two super regionals) in the three years before covid.

I think Auburn is a much stronger program now than Oklahoma. The Sooners have not fielded a consistent winner since Sunny Golloway left, ironically for Auburn.

But I think there is a difference playing mid-week games versus weekend conference games. Pitching is decidedly different.

I hope you’re right…time will tell.