Tennessee fans are not happy😬. 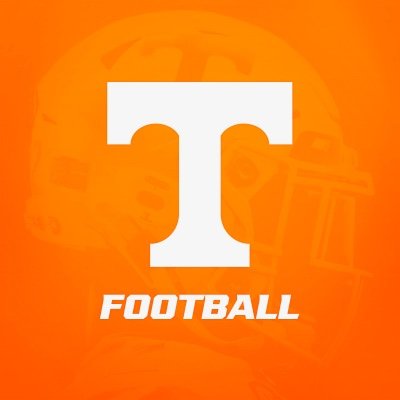 If the Tennessee fans are not happy, it has to be a good hire.

Short of Meyer or Saban being hired I wouldn’t expect Vol fans to be happy with any others.

Maybe they schedule AR ST in coming years and Butch takes em down. After his 3 years in the Saban resurrection program.

I hear my Vol friends whispering still about Gruden sightings in Knoxville. And I think some of them are delusional enough to believe they could be true.

IMO if they had not got their panties in a wad over the hiring of Greg Schiano they would probably be in a much better spot. Those rascals get what they deserve.

IMO if they had not got their panties in a wad over the hiring of Greg Schiano they would probably be in a much better spot. Those rascals get what they deserve.

Hiring a coach for the SEC or most power conferences is a risky proposition. How many coaches have been in the SEC with their teams for the last 5 years? Nick Saban of Alabama is the only one that comes to mind. Maybe, Kirby Smart. I don’t know if he has been with Georgia that long or not.

2020 was Smart’s fifth season at Jawja. But Mark Stoops has been at Kentucky 8 years. Orgeron took over at LSU in midseason 2016 so 4.5 years.

Getting texts today from a die hard Vol friend. He’s livid with White hiring Heupel. Says it was a “lazy” hire. But he recognizes the Vols will be hammered by the NCAA. Breaks my heart!

I guess I’m just not seeing who they could have hired who would have been any better. They are about to get hammered by the NCAA, many of the better players on the current roster are in the transfer portal, and it’s a terrible time of year to hire a Power Five coach away from his current school.

I assumed all along that when they hired White that he’d hire Heupel.

Exactly Clay. And he will bring many of his current UCF staff with him given the timing. Wonder how many of them have buyouts? Will he bring Randy Shannon or leave him? Vols will pay UCF between 6 and 7 mil for White and Heupel. Plus another mil to make Fulmer go away. This is Rocky Top…

Personally I think it’s a good hire. But only time will tell. He’ll need some time. Which they don’t typically give.

I guess I’m just not seeing who they could have hired who would have been any better.

This pretty much sums up my entire take.

Honestly, they should be thrilled.

Heupel took over UCF from Frost who had built that team into a 13-0 season in 2017. Heupel’s record since then has been:

Not exactly a positive trend in his 3 years at UCF.

Tennessee fans are delusional if they think that job is a prize job. The sanctions, etc. will hurt for a while.

The Arkansas job was not a prize to most. We were lucky that we hired a coach who REALLY wanted to be here. Of course, Arkansas was not under the shadow of sanctions.

Other than the pure joy of making big money (okay, not all bad), what head coaching job in the SEC is a prized job? If you are in the upper end of the conference blue bloods, the pressure is to win and do it fast or get fired and count your buyout. Even Bama would be a tough spot when Saban leaves, if you didn’t win two NC’s in the first three years… bye, bye. The second coach after Saban will have to meet the same expectations. The mid-tier teams and down like Hogs, SC, Ole Miss, etc. either cheat or get your head caved in and have a special team every four or five years IF everything falls in place. Love or hate is a destination by the fans for all coaches and rarely something in the middle happens. Of course, most coaches think they are the exception to every rule… coming to the SEC will make you a king or bum in short order, but there are far more bums than kings.

In an article on The Athletic, Joe Rexrode wrote:

Gus Malzahn would have been a markedly better hire. Tom Allen might not have considered leaving Indiana, but he’s worth the try anyway. Lane Kiffin could have been rationalized, as so many things in college sports are. Jamey Chadwell, Billy Napier, Will Healy, these coaches will be compared by Vols fans in the years to come to the coach who as of last week worked for White at Central Florida. And I’d wager Chadwell and Healy, at least, would let Bobby Petrino drive them on motorcycle to Knoxville if it meant getting the job.

Instead, we’ve got UCF North. Or North UCF? How about UCF-Knoxville? A slight rearranging of the letters in UCFK creates the exact word a large percentage of the Tennessee fan base said when Heupel’s hire became public, and exactly what zero percent of fans of other SEC teams said.