Familiar take on possibly firing a coach in year 2. We aren’t the only ones. 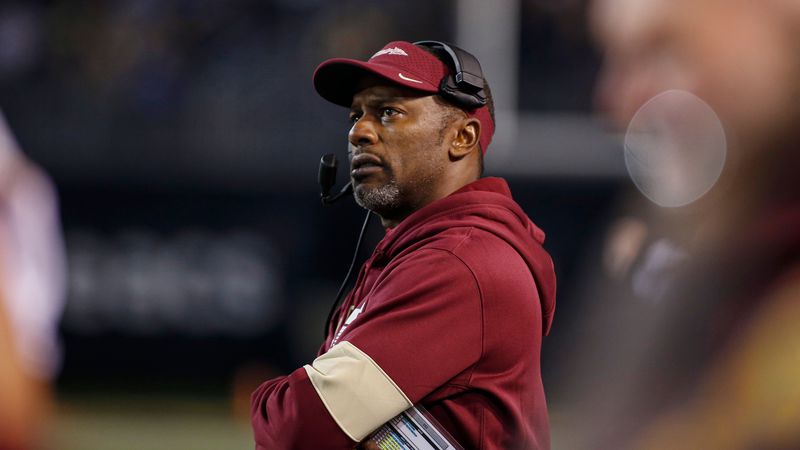 If Florida State wants to fire Willie Taggart, the 'Noles should do it now

There’s a lot of smoke coming off Willie Taggart’s hot seat at FSU. If the Seminoles want to move on, they can’t afford to wait.

FSU also has more going for it than Arkansas. We have to way the pros and cons more harshly than FSU. 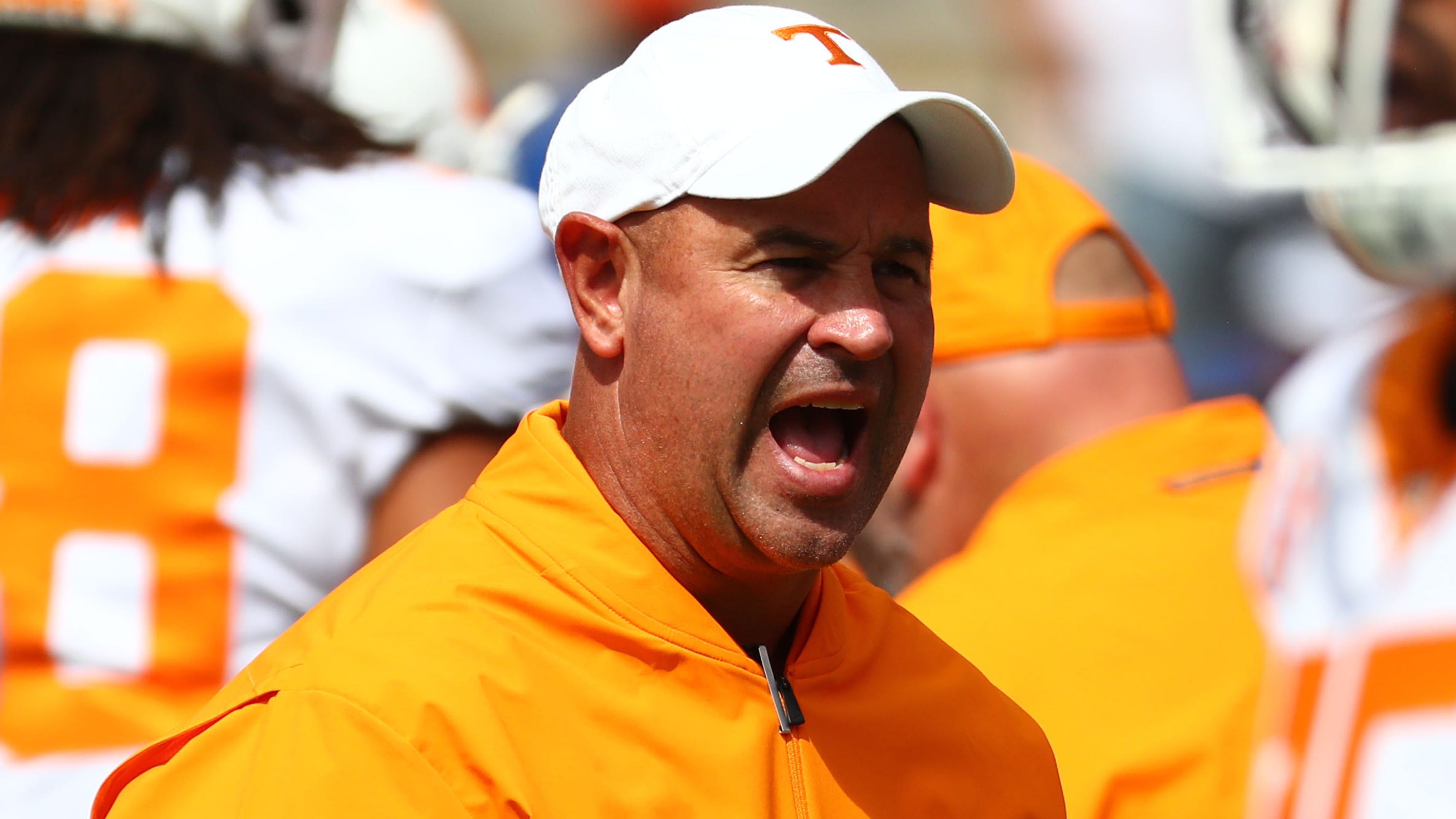 College football coaches on the hot seat, and how much would cost to fire them

Tennessee's Jeremy Pruitt and Arkansas' Chad Morris are among the coaches whose teams are struggling and would be costly to fire.

Full disclosure: I’m not pleased with the product we’ve placed on the field, especially this season. I was hoping our QBs and OL would be better this season; they’re not – I don’t put all that on the HC.

But, I believe it’s too early to seriously discuss a firing of Morris. Clearly, his recruiting has been above par, and he’s accomplished this after six years of program devastation caused by the overly non-slim guy (pretty good).

I’m a believer that we’re two years into a death penalty. If we were Bama, perhaps we’d be breaking into the top 15, but we’re not. But neither are we a FSU with all their recruiting advantages, so that comparison is silly.

I wonder if maybe we’re only two years away from something good based on the seeds Morris is planting?

Moreover if we fire Morris, we’d be starting all over again, meaning another bad 3 or 4 year stint with another new guy (who we’d certainly fire, as well).

As much as I hate to admit it, comparing Arkansas to FSU is like comparing Texas to North Texas.

I’d bet coaches are knocking on the door for a shot at FSU and its rich Florida recruiting grounds and their history of success. Not the case with Arkansas. No rich recruiting home grounds, no real history of success in the last 20 yrs. I think you’d have to go out and hog-tie a coach and drag him back here with a big pile of cash to get him to stay.

Arkansas just can not be as cavalier about a fire/hire scenario as FSU can be.

Just my .10 cents worth of opinion that’s probably not even worth a dime.

With Arkansas being so close (4.5 hours) to talent rich North Texas & where we have a strong following, I would disagree that we isolated from the top talent & with no rich recruiting home grounds. Other than LSU & aTm, we are the closest SEC school to Texas, & we in a conference where most of the top recruits want to play due to the national exposure.

It was 2011 when we were in the top 5 ranking under Petrino & a few years later we owned ut in a bowl game. CBB dug a deep hole & taking time to rebuild the talent. We just need a coach who can prove some success so that the players will come.

There’s a few posts about comparing Arkansas to FSU. Y’all need to go look at FSU. It was a dump before Bowden and essentially a dump after him. Facilities are awful. Town is awful. Recruiting is impossible now. These are the reasons Fisher left. It’s not a desirable job. More desirable than Arkansas but not Texas AM. If they would have offered him the same money at FSU he was gone. I think they did. FSU is over as long as UGA Clemson Florida and Bama are good.

All of these articles, and the fact the Arkansas is in them, further affirms WE HIRED THE WRONG COACH.

And for all you folks that want to keep up the Bruce James narrative that we can’t get a good coach, or we can’t do this or that, is a disgrace.

We are just as good of a school as ANY of those mentioned. ANY of them. All it takes is the right coach and staff to get us back to where we were 8 years ago.

My wife went to FSU for grad school and Tallahassee is a great city (according to her and she judges cities harshly being more traveled than me). Fisher was also a big problem at FSU with his players per many rumors and legal issues while he was there, which led to him losing ground with recruits.

I’ll agree with you it takes the right coach, which I’m still not sure we don’t have at the moment, but I disagree with your constant accusation that there is a line of good coaches just waiting for the opportunity to coach at a place like Arkansas. And no, we aren’t just as good in terms of fertile recruiting grounds as a lot of the SEC schools around us.

I will bet you any amount of money we can get a great coach as a replacement when CCM gets fired. Just wait.

Has your wife spent much time there the last 10 years?

USA Today published its annual survey of coaching salaries this week and found that college head coach salaries rose by 9 percent in the last year. That is a significant increase. As salaries continue to rise, I think you’ll see some college programs resemble NFL franchises. In the NFL it isn’t uncommon for a coach to be fired after one or two years. In college the trigger has always been slower, typically four or five years, but I think you will begin to see a lot more two- and three-year tenures.

No guarantees on a great & proven coach for any team:
aTm gave away the bank to hire the best, elite, & successful coach who guaranteed them elite status & a national championship. In the 2nd yr of his $75 million career, aTm is trying to figure out what to do about Jimbo Fisher. Apparently aTm overlooked what FSU was realizing about Jimbo & how relieved LSU must be that he went elsewhere.

No, there may not be a line of coaches applying for the Arkansas job today, but it is a great opportunity for a good & ambitious coach to turn us into a very successful & competitive program for many reasons (as Petrino did in 4 yrs). Unfortunately, most of our bad history has been self-inflicted.

No, there may not be a line of coaches applying for the Arkansas job today, but it is a great opportunity for a good & ambitious coach to turn us into a very successful & competitive program for many seasons

Good one…and the RIGHT coach is out there…just have to find him.

I don’t think it’s recruiting or money. It’s what it will take to be competitive which is the ACC Atlantic vs. SEC west. Take out Clemson and what do you have to compete against vs the toughest conference in the nation. Any coach could see how they could turn things around pretty quickly there. I think we could even win a conference game (maybe)

I’ll bite. Who do you think is a “great coach” and would be willing to coach here?

The NFL has a fairly level playing field regarding new players. There is no parity in College Football, except among the top 5 or so programs.

That’s why I said some college programs. I do not think it will be an across-the-board philosophy.

I will bet you any amount of money we can get a great coach as a replacement when CCM gets fired. Just wait.

I don’t make or accept stupid bets, but I’d love to see someone force you to put your money where your ill-informed mouth is. Just like we got a great coach when CBB got fired and JLS left, right?

I’d say there’s a much greater chance that we get played by a coach to get an extension and a raise at his current school, just like Saint Gus did.