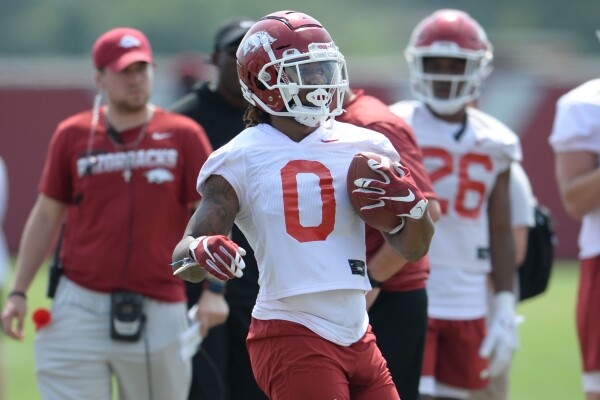 One of the highest-rated players in Arkansas’ 2021 recruiting class is adjusting to college football like many hoped he would.

He’s got a great future ahead of him! Great speed and is put together very solidly. I think he plays a good bit this year

It sounds like we’ve got a stable of promising young RB’s led by a very mature and proven veteran. Something for opposing Defenses to focus on besides Mr. Burks. I really like the potential of our Offense.

now all we got to do is give them some holes to run through.

High school football in and around Tulsa is very good. I think players from Tulsa have the potential to be more prepared because of the competition they see in high school.

Ala - Felix Jones was from Tulsa, Booker T.

If AJ performs at his level, should be very entertaining.

He reminds me of Felix a lot!! very explosive!!!

I watched him last fall on television play a couple of games. He has real track speed…something we really need. He is an explosive runner. I expect him to play a lot.

I’m not disagreeing with you, but I want to see Rocket Sanders play there before making that statement. I believe he’s wearing #5 for a reason.

Rocket has a lot of potential he will get better as he gets used to being a running back more.

AJ and Rocket just might be the next fabulous RB duo here since DMac and Felix.
Love that name “Rocket”.