Surely I'm not the only one

Who had never heard of Weeknd and his missing vowel until last night.

On a related note, the Jeep ad was hands-down the best commercial.

I agree the Jeep ad was awesome.

I had heard of him…on Saturday. I thought the commercials were a little below average this year. When my wife is disappointed, it must not have been very good.

The Super Bowl game, Halftime Show and Commercials were IMO disappointing.
I guess It sort of sums up the past year!

I missed the Budweiser ads with the Clydesdales. There were several ads from companies I never heard of. All in all, it was really not much to see with the ads.

I guess Don Draper retired, and Madison Avenue will never be the same. Too bad. He was great.

I had not heard of weeknd. Must have not been many who wanted to do the halftime. He surely was not first choice.

Jeep was best but not many good choices there either.

Game was a dud. Viewership was down, like everything for NFL this year.

Thumps up to Jeep, great message! My Rubicon loved it.

For me, the Jeep ad was OK to watch, but extremely ineffective for Jeep. I had to go back and pull up what Jeep Ad you were talking about. I remembered the Springsteen ad but didn’t remember it had anything to do with Jeep. My main take away about it was how old the “Boss” looked.

I guess some got it was for Jeep and some did not. I sure did. Made me think Jeep was cool without pounding me with the word (Jeep). Subtle and effective I thought. My wife recognized the Boss immediately. Took me a little longer.

Only GOOD thing about the halftime is that it was not a “long Weeknd”.

I had never heard of him, either, and slept thru most of the first half so missed if there was promos that told who he was. The intro was just “Welcome to the Super Bowl Fifty-five Halftime Show”, nothing about who it starred so I was puzzeld about who it was til after the game was over. Was informed on Facebook. Like most here, I’m not into current pop culture/music–autotuning drives me up a wall, for one thing. But, apparently this guy is at the top of the music world right now as far as sales and awards–three grammys and some others. So he might have been first choice. But I hear he paid seven million dollars of his own money to put on that show, so maybe not.

My main gripe with the show was whoever was in charge of the sound mixing should have been fired. The music and singing sounded like it was a mile away but the crowd noise was right in your pocket. Someone tweeted this: “The Weeknd decided to give the best performance he’s ever given and the Super Bowl sound team were like ‘What if we make it so no one can hear him?’” Sounded to me like the music was pretty mediocre but I couldn’t hear it well enough to tell. And the guys with depends on their heads were just weird.

Viewership was down, like everything for NFL this year.

Where did you see this? 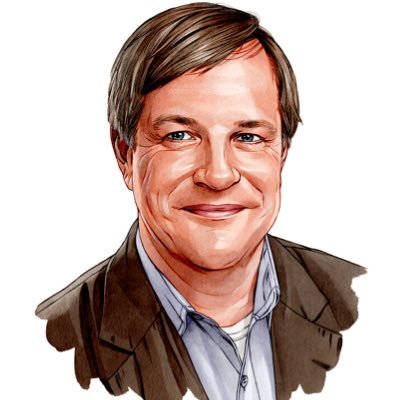 The 57.6 rating in Boston marks the second best Super Bowl rating in that market, beating the Boston DMA ratings for most of the Patriots Super Bowls.
ClayHenry February 8, 2021, 7:16pm #14

Samba TV said their metrics were down.

Springsteen - maybe the country’s muse, if only he would accept the role - doing the Jeep ad, and the adopted girl from Russia who had her legs amputated yet is a swimmer.

I’m hip. I heard about Weeknd before the Super Bowl.

The sound was horrible but I like some of his tunes.

My wife recognized the Boss immediately. Took me a little longer.

I kept staring and trying to decide if it was really him.

I recorded enough of the game ahead so I could skip through the halftime show so as not have to put up with it, Thought the Pregame and Ads and all the surrounding stuff was poor to bad. Nothing even close to horses kicking field goals.

have not watched the NFL or the Super Bowl for the last several years,do not miss it;or pro basketball…still watch Major League Baseball but lost all interest in the other professional sports…prefer college sports

After watching what seemed like a10 minute rendition of what was supposed to be the National Anthem, I changed the channel. Watched “The Lost Battalion”, then turned back to catch the last 2 minutes of the first half. All I needed to see to know who would win.