In the Alston case. Schools will be able to offer more in “education related” expenses.

The old order of college sports is officially and legally blown up. Nobody knows what happens next. You can’t appeal this one though.

Not outright monetary compensation but definitely one step closer. 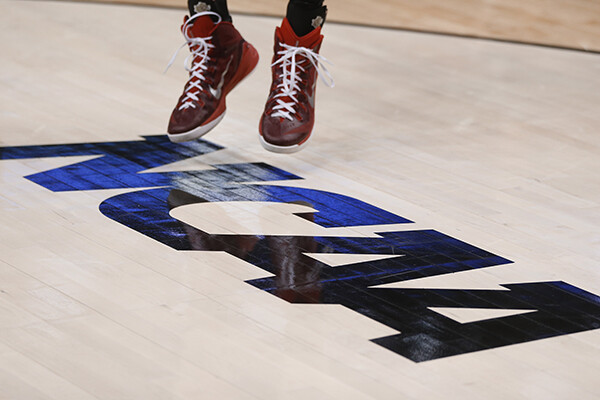 High court sides with former athletes in dispute with NCAA

In a ruling that could help push changes in college athletics, the Supreme Court on Monday unanimously sided with a group of former college athletes in a dispute with the NCAA over rules limiting certain compensation.

this is a good step. Amateurism has been a farce for a long time.

Of note is that the ruling was unanimous. Didn’t matter which party appointed a particular justice; they all said the NCAA couldn’t justify this any longer.

I’m not surprised. Even rival politics recognize when a HUGE group of people are getting shafted by their employers

the athletes are providing a service for a wage. that screams employee to me. You can wordsmith it any way you want, but that’s how i see it.

Obviously these changes will enable the rich & elite schools to leverage their name to get richer, financially & in talent, at the expense of the lesser schools. Players will choose elite schools & therefore make more $ thru marketing their name & endorsements - effectively more pay if playing for the elites. The portal was already tipping the scales in the favor of the top level programs making it harder for others to complete.

We’ve all see it coming, but the end of the NCAA as we know it is on its way,
Maybe the biggest change since Title 9?

I think, like the transfer portal, the schools who adapt more quickly and successfully will benefit, and it ain’t necessarily the usual suspects. You need athletic leadership that can think outside the box. I think/hope we have that.

One more thing about today’s ruling. In a concurring opinion, Justice Kavanaugh warned that other NCAA limits on athlete compensation are in danger in future cases. Meaning this ain’t the end of the road.

the athletes are providing a service for a wage. that screams employee to me.

Are players entitled to more compensation & benefits than what college already offers?

Players are effectively being well paid with free & expensive college education, AND free development & training by college sports staff, AND the TV exposure that playing NCAA sports provides for these players that enables the best to go NFL, NBA, or MLB.

Players have or should have a choice to bypass college & go direct to the pros. When do high school players get compensated too?

Unless Congress does something. That’s always a safety valve. Congress can create exemptions to anti trust laws. But the politics/optics I suspect would be no bueno.

The logic is undeniable. Now we have to use some brain power to minimize unforeseen consequences as this unfolds.

Congress’ current inclination seems to be that SCOTUS is correct. I don’t see them giving college sports an antitrust exemption.

Probably not. But college football as we know it is enough of a National institution to maybe prompt Congress to consider it. I wouldn’t necessarily agree with Congress doing that, but all sorts of legislative ideas are floated in response to SCOTUS decisions. Maybe the issue could be framed in such a way that it would be politically expedient to try to get an exemption. Certainly some folks in the midwest and the Deep South would likely support it, assuming all of these current changes really would threaten the game as we know it now. The game as we know it now is a very important part of a lot of peoples’ lives. It’s an interesting issue. Complicated, like a lot of things. Would universities support an exemption, or shy away from it thinking it would hurt recruiting going forward?

Players have or should have a choice to bypass college & going direct to the pros.

Agreed. Unfortunately those rules are put in place by the professional leagues themselves. Independent basketball leagues are sprouting up. The NBA has their developmental league. Would be interesting to see if football does something similar

I’d think that horse has escaped the barn which is now in flames. Kids and their parents know this is out there and are not going to want Congress to take them back to the bad old days.

One more thing. Kavanaugh pretty much rejected the student-athlete fiction. He said schools are compensating athletes for their work just the same as doctors, lawyers and hamburger cooks are compensated for theirs.