Scott Stricklin said on his postgame radio show that he nearly pinch hit for Ben Anderson in the seventh inning. He said he would have taken Anderson out of the game if Arkansas had brought in Caden Monke. When Zack Morris came out of the bullpen instead, Stricklin decided to keep Anderson in the game because the splits suggested left handers hit him better than right handers. Anderson hit a home run on the next pitch to put Georgia ahead. 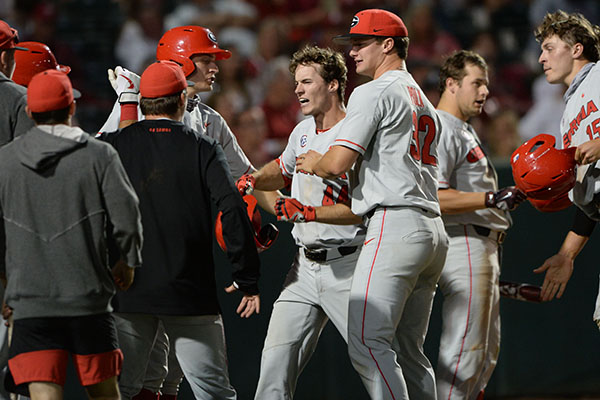 2nd time that’s happened to us, Happened to Monke a few weeks ago.

It’s amazing how much analytics is now playing into the college game. I know Dave Van Horn sometimes baffles me with a decision on who to pitch and who to hit. Then after the game he’ll throw out the analytics that backed him up. Then, sometimes they just go with their gut feeling.