In my day the NFL salary was about 5,000 a year. People got excited when Namath got like 250,000 a huge increase. Actually at one time the CFL paid more than the NFL. I do seriously wonder if the house of cards might be in danger, but TV money I assume is behind the huge increase in money in general for sports. No matter what,
400 million dollars or more for a football player is troubling to me.

NFL contracts are Monopoly money. Very little of it is guaranteed, and he’s not going to receive that much – nor will this contract still be in force in 2030. Mike Trout’s contract with the Angels, in contrast, is 100% guaranteed for $430 million.

From what I hear, the Mahomes deal is likely to be torn up in 2025 or so. Either he continues to play at this high level in which case he will get even more money, or he doesn’t play as well/gets hurt and they tear it up so they can get rid of him.

I do assume it cannot be totally guranteed, but I read an article yesterday about a retired baseball player, I forget who, but he gets like 8 million a year and has been retired for several years now. Good for him. But long term contracts could one day bankrupt some folks.

There will be new financial realities around the corner for professional sports surrounding TV contracts, attendance, etc. and the business as usual attitude is in for a rude awaking. More networks are not even making bids to host for baseball and other leagues. That drives the market down. Add in social distancing requirements, 19 fears and other social issues that will drive viewership down and life for players and owners are in for an adjustment. It will make for an interesting business environment for fans, owners, and players.

I don’t think it’s $8mil per, think it’s $1.5mil, but the players name was Bobby Bonilla. Instead of paying his guarantee when he retired, the Mets financial wizards decided to pay him so much for 25 years. At the time they were invested with Madoff and assumed what they paid him would be a drop in the bucket compared to what they would make.

Kudos to him for accepting the deal. He was the only one that really benefited from the Ponzi scheme.

Yeah, that is right, Thanks.

TV rights keep going up. They’re largely DVR proof and advertisers love an audience that isn’t going to zap their commercials. The virus may change the way we consume sports in person, but games (and races) with canned crowd noise or no sound at all are still being watched. There is no evidence yet that any network is backing off bids. But no major league is up for TV renewal right now. They will have to be adjustments and make-goods for sports that were canceled or postponed due to the virus, but once games return to almost normal they’ll be getting full value for their dollar

As a Mets fan, my friend and I always wish each other a happy Bobby Bonilla day when his pay day comes around.

At the time, it was considered a fairly decent way to strategically move money around. However, that super team, with Eddie Murray, Rickey Henderson, Bobby Bobby Bonilla, blew up like the fire cracker that Vince Coleman (another super team genius) threw near a crowed, injuring a 2 1/2-year-old girl.

I am waiting for the documentary on that fiasco.

isn’t July 1 “bobby bonilla day”, when he gets his annual Mill?

I believe gambling money will show up in all pro sports leagues at some point.

The Tigers have already cut a deal with a bookmaker, the first in MLB. 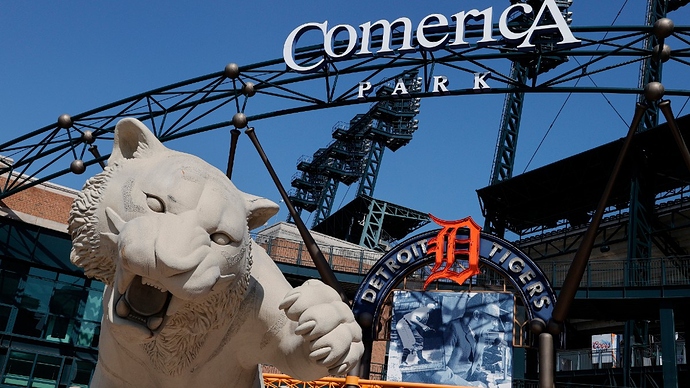 PointsBet has become the first sportsbook to ink a deal with an MLB team.

I wonder how money would end up in the hands of the players. I can see the team getting a cut of the profits but how much would the players be able to get. And ever since the Black Sox scandal, many fear players being bought.

Changes are coming however.

NFL and NBA give the players a percentage of revenue through the CBA. Anything that increases league revenue increases the size of the pool. MLB hasn’t done that yet but it also doesn’t have a salary cap. Now whether individual NFL teams making a gambling deal increases the overall pool used to set the salary cap remains to be seen. Certainly the Tigers should have more money to sign free agents or whatever now.