After the scary, but thankfully not serious, incident of a pitcher being hit by a batted ball, I found this article on The Athletic. This minor league pitcher was lucky to survive, much less think about pitching again. It is an amazing story, and I will be interested to see how he progresses. 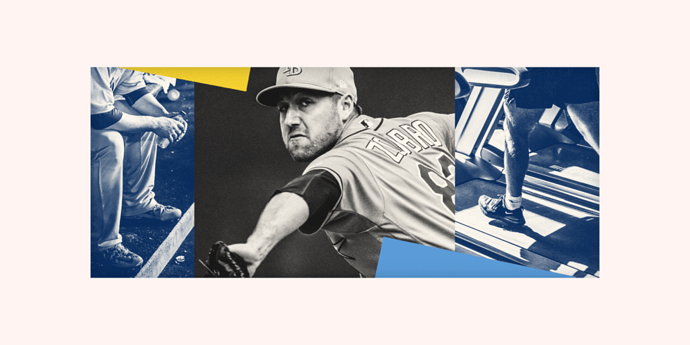 The comebacker and the comeback: How a Rays minor leaguer kept going after a...

After taking a 104-mph liner to the head, it's remarkable that Tyler Zombro is walking, talking and – perhaps most on-brand – joking around.

Thanks for sharing. that story was tough to read at times, but worth it.

Many years ago, I was at the Travelers game when the first base coach got hit by a line drive and was dead before he hit the ground. I think that was the big motivator for base coaches to wear batting helmets, though I’m not sure it would have saved the guy that night. I think he got hit in the neck or below where a batting helmet covers.

Yeah a batting helmet wouldn’t have saved Mike Coolbaugh. The ball hit his neck and shredded his vertebral artery. Which essentially means he was dead when he hit the ground.

I was not at the ballpark when Coolbaugh got hit, but I remember it well. It was then I decided the net behind home plate should be extended further down the base lines. I was really worried about that Ill St pitcher. I was glad to see him up & about, but was even more happy to hear about later assurances. Sometimes head injuries are worse than they initially appear

Thanks Marty. That is an awesome young man (plus a wonderful wife). I’ll be rooting for him wherever life takes him.