State of the Hogs: Running Wild

Here’s a look back at '75 team with a comparison to the '21 Hogs, as far as the running game is concerned. I had fun working on this. Scott Bull is a great interview: 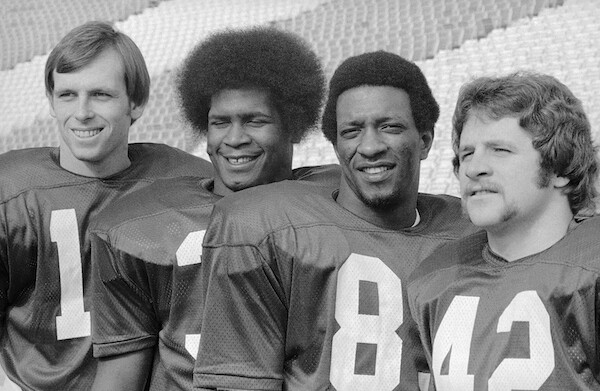 '21 Razorbacks were strikingly similar to team 46 years before

It hit me first while watching the Arkansas football team destroy Texas 40-21.

My parents attended that game while my mom was pregnant with me.

It’s in the story. I am guessing you did not read it yet.

Koch, Skinner, LaFargue, Thielemann and Tribble. All you need to know is that Leotis Harris was a backup guard.

I attended the game and sat in the north end zone. The “immortal Teddy Barnes” catch was, of course, in the south end zone. I also remember how brutal cold it was that day.

Great article… I know Eckwood could fly he was really really good… that OL got off the football!

Eckwood was amazing when healthy. Watched several AR games live during his time.
Rookie year at lowly Tampa Bay. Took one 80 yards down the sideline just left everybody in the dust

Great article Clay. Takes me back to my days on the Hill, I was a Soph in '75. Growing up in eastern Arkansas we were excited Jerry Eckwood from Brinkley was playing for the Hogs. Mcfadden reminded me a little bit of Eckwood, both with blinding speed. And yes of course I was in LR for the AM game and went to Big D for the Cotton Bowl. Exciting times.

You caught me …. I should have known better…. I will read it later on this cold morning … looking forward to it

You should have known I would mention offensive line!

I always thought that Eckwood would be the next Gale Sayers. It was sad he didn’t manage to stay healthy.

He could fly!! Would see the back of that Jersey flapping when they wore those jerseys that didn’t go all the way in the pants LOL 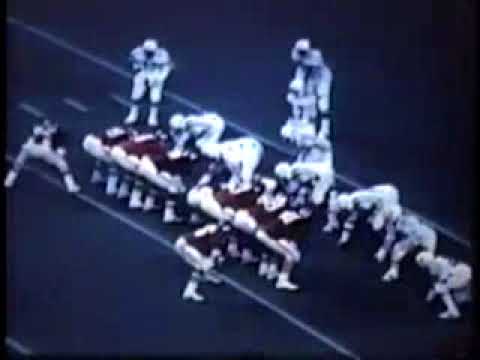 Koch and Thielemann were freaks at that time as they were very committed to the weigh room and were among the strongest linemen in that game during that era. You watch some you tube videos of them playing and they mauled their opposing linemen.

I’ve never seen so many fumbles in a game. Also, showing my relative youth here, I didn’t know you couldn’t advance a fumble at that time.

Mercy, a lot of fumbles. But a good W!

I recall that A&M game as brutally cold. And, the hitting was fierce. You watch the line of scrimmage, there was some defensive pressure from both sides. There were 19 total first downs in the game. I think Arkansas had 10, A&M 9.