State of the Hogs: Morris gets some pressure

Here’s a column after sitting in at the Swatter’s Club and a visit with Dave Van Horn afterwards: 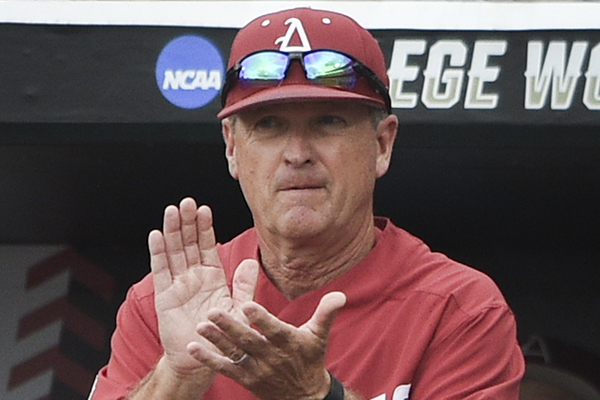 State of the Hogs: Morris gets pressure with No. 32

Great article Clay! I’m really excited about this team… I’m still a little bit nervous about our pitching. I know we have great arms but there’s so many holes to fill… I just hope Nolan and wicklander can be improved and be more consistent if we get that we can win two out of every three against pretty much anybody with the offense we are going to potentially have…

Strikes with some movement. That’s what made Greg maddux unhittable. I really hope Connor really relies on his changeup as much or more than his breaking ball which he had a tendency to hang last year, if he’s got that change up he will be a handful same for wicklander.Ilove what I’m hearing about Burton. He can flirt with a 100, Evan Taylor is another one that has a great arm I thought last year if he could just throw strikes… I don’t know much about some of these new ones like palette. I would love to see Trest be very reliable late in the game…Morris may be a hidden gem that we really need this year,hopefully so…Caden Monke has gotten off to a slow start but I still think he can improve and be a factor…

Maddux was my favorite to watch on TV. The center field camera was designed for someone like Greg Maddux.They didn’t have Track Man in his days. Oh, they would have had fun with that with Maddux.

absolutley! he would embarrass those LH hitters,throw it at their hip pocket and then drift it back over the corner as their are bailing out LOL…I hope our guys can get a little movement like that…

Some people look at me weirdly when I say that 45 is only for RHP. My all-time favorite player wore 45. BTW, he could pinch hit or pinch run when needed.

You are not weird, just different, in a delightful way to an old sports writer.

Well guys it was my question at the swatters club meeting that started this. I wanted to know because Morris looked to me just like Cronin. He puts his whole body into the pitch and almost has his back flat to the ground. He was really popping the mitt in that first scrimmage. I asked some guys who looked like scouts after the scrimmage how fast Morris was throwing and one guy said the thought it was about 91. To take a page from the movie “Trouble With the Curve”, it sounded a whole lot faster than that.(I have a little of the same problem Clint Eastwood had in the movie). I loved Sandy Koufax. He put a lot of his body into the pitch but his delivery came from directly over the top.

Was freshman Blake Adams named as the 3rd starter in the opener a surprise? Or was it expected based on how he’s performed so far in camp? I haven’t kept up with fall ball on here as much as I should have.

Was freshman Blake Adams named as the 3rd starter in the opener a surprise? Or was it expected based on how he’s performed so far in camp? I haven’t kept up with fall ball on here as much as I should have.

I wouldn’t call it a surprise or expected. Blake’s name always kept coming up when we’d ask about potential starters, but the gut feeling was that one of the older pitchers would probably get the nod on the first weekend.

Still not certain. Adams will pitch the Sunday game this weekend. If he does well, probably be him on Sunday that first weekend.

I had a feeling listening to DVH he wants experience in the bullpen! But we all have watched the way he figures out his starting rotation and uses mid week games to develop young pitchers.
I hope he is able to identify 2 closers.