State of the Hogs: Franks' experience key in QB battle

Here’s a column from our front page: 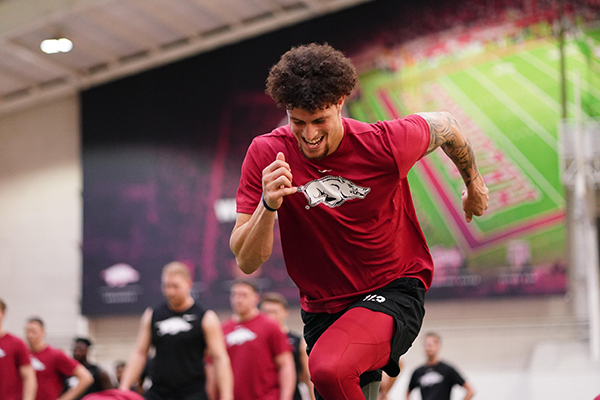 State of the Hogs: Experience key for Franks in QB battle

Conventional wisdom doesn’t apply where it comes to quarterback, most notably where height comes into play for the NFL.

I humbly submit paragraph 7 of this article to DD.

I didn’t realize before reading this article, but it looks like Franks could probably get 2 years of eligibility here if he wanted. He’s had a full red-shirt year plus 3 school years at Florida so this would be his 5th year. However, since he was injured during the 3rd game of last season, wouldn’t he have a great shot at receiving a 6th medical year if he applied for it after this season? If he doesn’t like his draft status following this year, wouldn’t that be possible?

I humbly submit paragraph 7 of this article to DD.

I thought that same thing. After being on the Hawg Illustrated (WHS) boards for all these years, how could I not!

Great article Clay! I think Frank’s has a shot at being very special “if” we can give him time and “if” we have any receivers who can get separation which is what this offense is built around… I think Burks may be able to but not really sure about anybody else. I think Knox can be throw it up and let him go get it receiver like Evans was at Texas a&M but time will tell, all starts about giving the QB time to throw and him making the correct decisions if he doesn’t.

Good teams make their breaks. I can probably take you back game to game over the last two years and show you some good breaks or good calls. Good teams take advantage. And great teams overcome bad breaks. Hate to say that, but I know it’s true.

Why did Felipe Franks leave Florida to come to Arkansas? He could have continued to play there, so I am just curious. Did he see that he would not be the starter if he stayed at Florida? Did Dan Mullen tell him to go? Did he just not like it in Gainesville? Maybe this has been discussed, but I didn’t see it.

It is pretty obvious that Trask is their starter.