State of the Hogs: Ashley's mentor is a good one

Here is a commentary after visiting with Sam Pittman and Jermial Ashley: 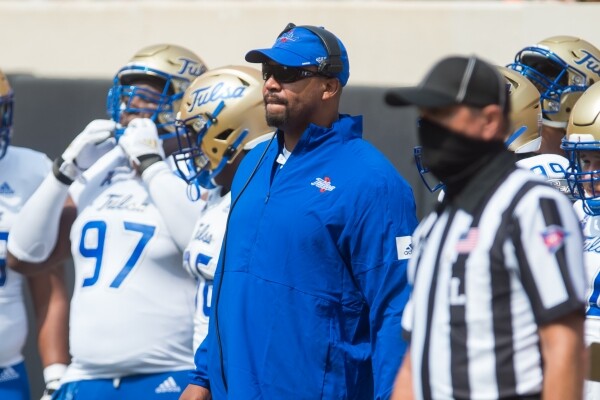 State of the Hogs: Ashley's mentor was a good one

In 50 years of interviewing coaches, some stand out as favorites. Among the first of those for me was Bill Young early in my days at the Tulsa World.

Bill Young… what a coach.

Clay, how close were coach Broyles and coach Cooper ? I’ve often wondered if Coach Cooper hadn’t gotten the OSU job replacing Earl Bruce, if he wouldn’t had been the choice when Coach Hatfield left? Not Crowe…

Cooper and Broyles liked each other, but not close.

When I was helping with NWA TD Club, I asked Cooper to speak. I picked him up at the airport and drove him around campus. I dropped him off at the foundation to visit with Broyles. They definitely liked and respected each other.

I consider John to be a good friend and have called him through the years. He was good to me as a young reporter at the Tulsa World. I could watch practice and talk to anyone afterwards. Bill Young was on that Tulsa staff. He is a great man. I am trying to set up an interview with Bill to talk about Ashley.

I got to know Bill Blankenship, Lovie Smith and Dave Rader on those Cooper teams in 1978, my first year in Tulsa.

The Tulsa World had a deal in the Cooper years where a reporter could ride on the team charter for long road trips. That was usually me. Cooper would sometimes sit beside me on plane ride home. Pretty good access.

The best special access I had was in ‘78 when Billy Sims won the Heisman. I rode on same plane with Switzer, Sims and the offensive line to New York for the dinner. Bill Connors was supposed to go but had the flu and subbed me. Switzer was pleased because he loved my father. Switzer wore a floor length mink coat on the plane. I stayed at the Waldorf Astoria courtesy of Pete Rozelle, a friend of Bill’s.

That’s a great story, Clay. Switzer, Billy Sims? How can people not like the Sooners, even just a little? Come on…

Clay, now that must of been a heck of a trip…

Was that your first time ever in NYC? And with Switzer in a mink … Also I think it’s neat they brought the whole OL… man that is just a very cool experience…thanks for sharing.

First time in NYC. I was 24. I had a tuxedo packed and some nice clothes. But I was wearing Corduroy jeans (yellow) and a wind breaker when I checked in.

I got stopped in lobby by Secret Service. I looked out of place. There was a dinner with Richard Nixon speaking at the Waldorf. Everyone else in the lobby was in suits or tuxedoes. It was his first public appearance since resigning as president. There were threats on his life.

I had not checked in and the room was in Bill Connors name. I had a letter saying to give it to me. Pete Rozelle’s phone was on the letter.

The Secret Service kept me in a room to the side of front desk while all that was checked out.

I was there for 3 nights. The first day I went in a limo with the OU players to Harlem. It was an incredible experience. Four of the linemen were white. Billy Sims and Greg Roberts insisted we would be fine. And we were.

The funny thing that happened the first night was turn down service. A cute maid knocked on my door with mints and said she would turn down my bed. It was a three-room suite. I could hardly understand her and she had trouble with my Arkansas accent. I finally convinced her that I could get myself ready for bed without her help. I had no idea what she wanted to do.

The dinner at the Downtown Athletic Club was fantastic. Afterwards I was taken by Switzer to a private party and all the former Heisman winners were there. It was quite an experience.

It was before the days of computers. I dictated all my stories on pay phones. No reporters would know how to give dictation these days but it was an important skill and I learned it early listening to my father.

These type of stories are priceless. Thanks Clay!

My dad got a chuckle at the “turn down service” story.