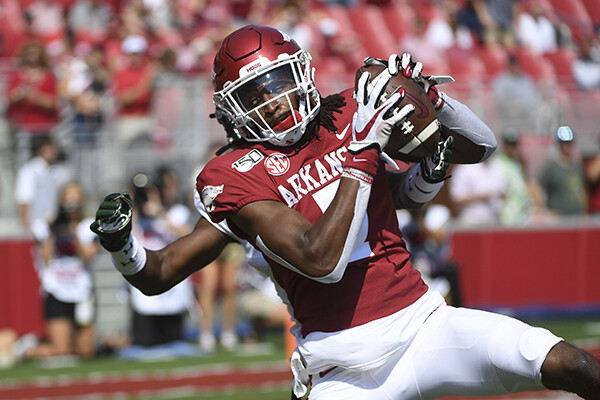 Excuse me for my analogy as to what has happened in college football in the last couple of weeks with the implementation of NIL payments. The dam broke.

I will be 86 next month and I am definitely on one end of what I see in collegiate sports.
I do not think my game will be around much longer. But soon enough, things will be history.

Well done Clay. The dam analogy is dead on. I’ll pop some corn and sit back and watch.

Yep. The dam has broke and no one knows what will get washed away. Well, college athletics as we have known them will be washed away. Just a question of whether we like what remains or replaces them

At 45, I would like to think I’m in the middle of old school and new. At least my views tend to reflect that. I support the players getting paid. Everybody else is. If the PTB wanted to keep the amateur model then they never should have opened the TV money floodgates (to expand Clay’s analogy) many years ago. However, at some point we will have to admit that these are state-supported semi-pro sports whose players go to the highest bidder. They won’t choose my alma mater because they love the school or perhaps even the coaches. They’ll choose it because we paid them more than other suitors. That’s not why I enjoy Razorback athletics.

It’s going to be very hard to sell boosters on the notion that their donations support true to their school kids giving it the old college try. While I support athletes’ ability to get paid, I don’t think I will pay to support them.

“Man, to heck with playing for my team. I’m playing for me and my statistics so that I get more endorsements and more money.”???

Kids will go chase the money instead of going to represent a school/coach they like.

It’s not going to end well.

Great job Clay & very good analogy. I see nothing good coming from this.

Aloha,
I like CEM’s take. Shall be interesting. I am confident the coaches will handle it well. If a player becomes too self centered he/she will be sitting on the pine and the endorsements will decline.
My question…when will Clay be doing his NIL for fishing and golf equipment?
UA…Campus of Champions

Good article, but handwriting has been on the wall for a long time.

The schools sold their souls for the multi millions provided by ABC, CBS, etc. the millions of $ lined the pockets of football coaches and athletic department bureaucracies have expanded significantly in recent years. Finally, the talent said we deserve a bigger share of the pie and they are right.

The souls were sold for big $ and now it’s time to reap what they have sowed.

I’m thinking right now this is all a big negative overreaction by those comfortable with the status quo and averse to change. Bottom line is these players still need a forum in which to play football so they can get to “the league.” And, if players play selfish and act like idiots off the field then, like always, the PT gets reduced or eliminated by Coach Pittman and, now, the college NIL money dries up.

NIL contracts will have morals clauses, and probably performance-incentive clauses. So from that standpoint, the NIL could actually improve work ethic, performances and the game. Players now should be more incentivized to excel.

Things change. They changed when MLB had free agency, but MLB has survived and done just fine.

Like the CEO guy says, adapt and figure out how to do this better than others. It’ll work out. And let’s not act like a bunch of sore old men. Let’s have a little faith in our youth. They’ll do just fine with this change.

Great article. One possible outcome: it will be an “arms race”. One guy/company did it for Miami, and he if he can do that- now everyone who wants to win big is going to need a booster or three like him- who pays all the players $5,000+ for an “endorsement” just to be on the team. One other thing: Coaches salaries won’t be going up. At least not nearly as fast.

Winning will determine coaching salaries and winners will get paid or you will lose the coach. Plain and simple.

The money will revolve around wins and seats in stands.

The salaries may not go up but they may not fall. I’d hope they have gone up enough.

The spike in coaches’ salaries and facilities spending dovetailed with the spike in TV-generated revenue. The TV revenue is not going down, so I don’t think spending in those areas will go down either.

The SEC recently gave its members $23 million apiece off of future TV earnings from the new contract with ESPN. I’ve seen it reported that the new TV contract could cause the SEC to nearly double its annual payout to member schools within 10 years.

The other area to consider is that schools that buy all their players will also be buying players with a certain mindset. That mindset will likely be very self-centered and a team comprised of a bunch of self-centered players doesn’t make for a great team. The stress on the coaches to control and manage these self-serving players who are chasing the highest bidder only will be much higher. I doubt those teams will win at a higher rate than any other.

I do agree that players should make money off their likeness. I do hope these contracts have the appropriate safeguards. The ones that don’t will eventually teach the others why they are needed. A kid that receives a large contract that can’t see the field due to grades isn’t bringing value to anyone. At any rate, as we have all said, the toothpaste is out of the tube. Interesting times for sure. Here’s hoping we learn to balance all of this faster than our competition!

Here’s hoping we learn to balance all of this faster than our competition!

I think having Terry Prentice on board as the assistant AD for NIL, essentially, is a big plus, along with the Flagship program. I don’t think other schools are taking that approach.

How does the NIL affect high school players? Were HS players allowed to monetize their NIL before going to college? If no, can they do so now?

State federations are saying no to NIL at this point. Eventually, this will be challenged. You figure it’s all going to change at that level, too. But I don’t know for sure if that happens sooner or later. How much can the market handle? That will eventually decide.

I’ve always heard that you build them up in recruiting then toughen them as freshmen and play them as sophomores. How is the NIL money going to effect this process? What will handlers say when their money maker is on the sideline for a year.