Here is a column: 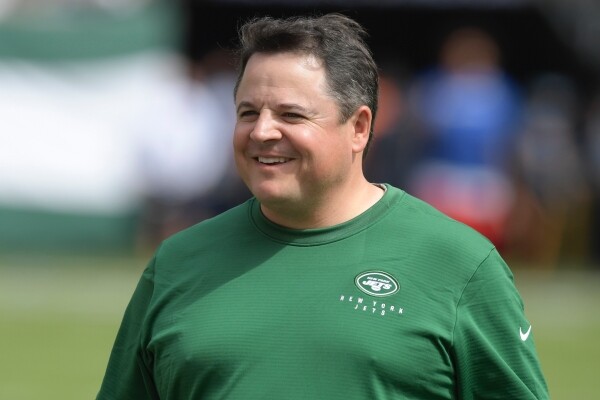 Norm Chow’s reputation as one of the great passing game play callers is legendary, but it had nothing to do with analytics.

Great read. The love for coming ‘home’ shows. You bet he can recruit a prospect to become a Razorback, if they pass the muster from his evaluations.

When I first heard his hire was a possibility there were a few musing about the fact that he had never “Recruited”. I never thought that would be an issue with him in the slightest due to his love for the university. the best salesmen are the ones that actually believe in their product.

Great Article… I think he’ll be good in the living room.

Bet he is a head coach some day

It’d be interesting to know what Coach Briles thinks of this hire. Does he feel slighted or threatened? Sam is a new head coach and I just wonder if he’s fully thought through those sorts of dynamics. Is he unhappy with Briles, for example? I don’t care what anyone says, you bring in a former NFL OC to coach tight ends, the current OC is going to feel uneasy about it.

Sam may be a new head coach, but he knows the “dynamics” better than any of us! I can’t believe someone wonders if he thought of those things. He is not new to staff dynamics.

We do not get to ask Kendal. He got to pick the WR coach. The previous TE coach was his choice and that did not work out. I’m guessing Kendal needs to call plays that lead to points. That’s only thing that matters and he knows it.

Clay, this football program has flatly sucked for a long, long time. I think I’m entitled to question each and every decision made by Sam or otherwise. I happen to like Sam. But it’s a fair question. Frankly, I can’t believe you’re surprised someone is asking about this.

You keep on keeping on. You can question but I get to be surprised when I want to be. He’s not a young coach. You think he does not understand what his hires mean within his staff. That would be being incredibly naive.

Fans may not get that, but a career Power 5 assistant sure would know that.

I’m not going to pretend Sam is Knute Rockne or Nick Saban, yet anyway. I sure like his trajectory based on last season. But he’s got one (Covid) year under his belt. It was an odd time of year to be hiring a TE coach admittedly. But even on this board you see a lot of “OC in waiting” type comments about Dowell. What does that imply? Is Sam is not altogether happy with Briles’s tempo offense? Does the Dowell hiring signal an eventual shift to more “bully ball” or more of a pro style offense? I think these are legitimate issues.

I guess they are to you. Sam said he likes the spread. Sam had $300,000 to spend on a TE coach. Probably a good hire in that regard.

Hawgjaw, I agree with you. I really really like CSP. But we have endured several HORRENDOUS seasons, consecutively,
To the point that we are all truly proud of a 3-7 season.

And we’ve primarily been told, by everyone including our insiders on this board, including clay Henry, that the current coaches are good and the upcoming players are good. Then when the seasons are terrible and the coach gets fired,suddenly we are told that the coach was rude or not liked by the players, or whatever.

So, while I maintain my positive outlook and expect a 7-5 season and a bowl victory, I completely respect and understand your question. And all questions of our current staff.

Clay has really become a curmudgeon the past few months, for whatever reason, on the radio and on this board, but don’t let him
Bully you into avoiding very appropriate questions. Freedom of speech, and all that.

Sam said last season “sucked” to win only three games. That’s why he made changes. Should he get to pick who he hires?

I am old and crusty now? I guess that’s fair.

I guess if I’m crusty on radio, time for me to jump off that ship. Lol. Thanks for pointing that out. Good word there.

He can ask all the questions he wants. I sure don’t want to bully him.

I’ve had only one interview wKendal Briles in last 12 months. It was six weeks ago.

I really have not said anything about these coaches. Primarily I just quote others.

I respect Barry Odom a lot. I really know little first hand about too many of them.

Hard to have much opinion when practices are closed during the season.

If the OP does not like the Loggains hire, that is really all he needs to say.

I don’t believe at all that CSP brought Loggains in to be the “OC in waiting”. I think he needed a TE coach and saw the opportunity to bring in someone with a lot of offensive experience who also get what it means to be a Razorback. But it’s not just about getting that because I’m not sure there are many people who gets that more than Barry Lunney Jr. and CSP did not retain him. Loggains will have to perform and recruiting will be a big part of that. If he doesn’t perform, I don’t see CSP keeping him. We’ll see how all this plays out.

Well, we actually are spending more than $300k, he’s getting that for 9 months, and $400k next year. Probably not a lot to quibble over in the grand scheme of things, but we have decreased our overall assistant coach’s salaries this year, that may be the first time in the modern era. The TE and RB coach are usually thought of as being good recruiters, as their coaching responsibilities are considered to be a little less, than other position coaches. I would say that Loggains comes in as newb in recruiting, we don’t have any prior work to gauge him on.

I never said I don’t like the Loggains hire. Not even close. In hindsight, I guess you took my questions as some sort of affront to your column — maybe by in it not looking at the Briles angle. I thought the column was great. Not my intent at all. The thought about Briles just crossed my mind, especially since many on here are saying Loggains will be the next OC. Why would that happen, if so? Loggains isn’t a HUNH spread guy, and neither really is Sam. To me, that could be an issue — Sam laying a foundation for change in offenses. He’s been saying he wants to be able to get 2 yards when they need it…