Here is a column after a visit with former Razorback Tommy Brasher: 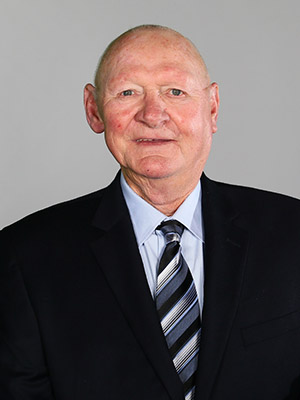 State of the Hogs: Greenlaw not the Razorbacks' only tie to the Super Bowl

Dre Greenlaw is the obvious Arkansas connection in the Super Bowl.

Well, he says out loud what I have been thinking for several years.

Assuming he was right, too many players just didn’t care. That’s what showed up with shoddy tackling, awful coverage of receivers, constant bad angles, etc.

Seems like that has been the story for years. If it is a correct evaluation, how has it gone on for so long?

Right on the mark. At least HDN has players who cared. I think we will see that again with CSP.

He could be right about a handful of players, especially those disillusioned about their playing time and the confidence they had in the coaching staff as a whole. However, there were a majority of players busting their butts trying to rally the team. After two years and the word is that the players have learned only 30% of the offense, it raises doubts in my mind that anyone had a clue into what they were trying to accomplish. It had to be demoralizing, especially the defense,(when they in fact had a good series), for the offense to go back out there and lay an egg.

Nice article, Clay. Tommy gave us some great insight from a lifetime of football. I think the Chiefs will win, but Tommy knows more about the game than just about anybody around.

The old master, Andy Reid, against the young stud Kyle Shanahan. It should be a really good game.

wow, that’s about as straight-forward and honest an assessment of our last 4 years as one could possibly ask for.

And if the players don’t care, not much else matters. sure looked like he is right, too. I forget which game last year, but Treylon ran about 110 yards, down and across the entire field, to attempt a tackle on a pick-6. It was wonderful effort, and it just showed how much TB cared.

But he was the ONLY one. of those 11 guys, one cared that much. yowsa!

I’m very optimistic that CSP can at least get our players playing hard again, so Tommy can watch tape and not cringe.

Good story which echos comments from other sources. Spring training needs to be physical which Pittman has stated it will be. We’ll see.

Brasher was one of my favorite Hawgs growing up–He made plays and played with desire.

My nephew coached HS football for years and was later a HS AD plus a huge Razorback fan. I’ve never heard him say a bad thing about Hog coaches or players. He attended a game in Fayetteville this year and basically said he was shocked at the lack of effort. And he said our schemes were predictable.

I suppose you did not have be real knowledgeable to see that but coming from him it opened my eyes.

My rose colored glasses tell me that CSP will not that happen under his watch.

Great insight from one of my heroes. Care and heart are really sort of the same thing. Hog teams use to have more of that than those we played. That has not been the case for years now. It is why I lost so much interest. It hurt too much to see the team just sort of go through the motions. That is also why I have hope for CSP. I think he gets it. Of course, you have to have talent in the SEC. You can care all you want, but if you are too slow, you care from behind, but no matter how much talent you have, without heart, it will not matter.

Another thing he mentioned that I agree is about play calling. He says fans think it is all about play calling. You see it here on this board. This is the SEC. There are great defensive coaches all over (except at AR the past few seasons). You may fool them a little, but the game is 60 very long mins. You better out play them, not out call them.

Tommy is pretty straight forward. Fun interview. We talked for an hour. We talk from time to time and I always enjoy it.

Awesome Article! He’s exactly right if you don’t dare to care! you don’t care to win! Plain and simple

Not to pile on but it probably explains why some of the last staff is still unemployed. Other Coaches know this stuff too

His comments echoed mine from last seen. I wanted to see effort from the coaching staff and players. As long as we had 100% effort, then I could respect them and not complain. The principle reason I greatly admire our Track and Field teams, baseball team and our basketball teams is EFFORT. Which personally I think directly reflects on the coaching staff. Great coaches demand and receive effort. They lead by example. Set and maintain high standards. Our football team and program’s lack of effort (and lack of success) has been quite evident for some time.

I don’t think Tommy’s comments surprise anyone. I got emails and texts from other former players this weekend saying same thing. One said the column should be required reading for current team and coaches. I do think Sam Pittman demands effort and gets it in this area.

Tommy’s thoughts apply in business too. Or at least they did in my career as a sales manager. It was frustrating to me to see someone with a ton of talent just get by because of lack of work ethic. And I always admired the folks that were successful because of sheer determination.

The care factor definitely applies in work place. And with raising family. And you get what you put into it.