Based on what Dave Van Horn said today, it sounds like the ideal starting lineup would be:

There were other position players who he said he would like to find a way to get in the lineup. Among them were Brady Slavens, Cayden Wallace and Cullen Smith. I would guess one of them would figure into the DH role if they are not starting in the field.

Van Horn said Goodheart’s shoulder is not 100 percent yet. He said Slavens, Wallace and Smith are all options at first.

Van Horn said Robert Moore makes the team better as a second baseman. He said Moore and Jalen Battles have turned a number of good double plays this fall.

“I would question if there is a better defensive infield in the country if we have our starters,” Van Horn said.

Hunter Milligan has injured his shoulder again and will not play baseball. He has been injured a lot since high school.

Thanks for the up to date baseball info. I’ll admit, I haven’t followed Hog baseball very closely this summer or fall. Having said that, when I saw “Jalen Battles” starting at SS, I thought who is that? I didn’t recall seeing his name previously. In case there are others like me, below is a link to a Fox TV station in SanAntonio article I found giving a little background on Jalen. He seems to be a terrific athlete, which is needed to cover the SS position. 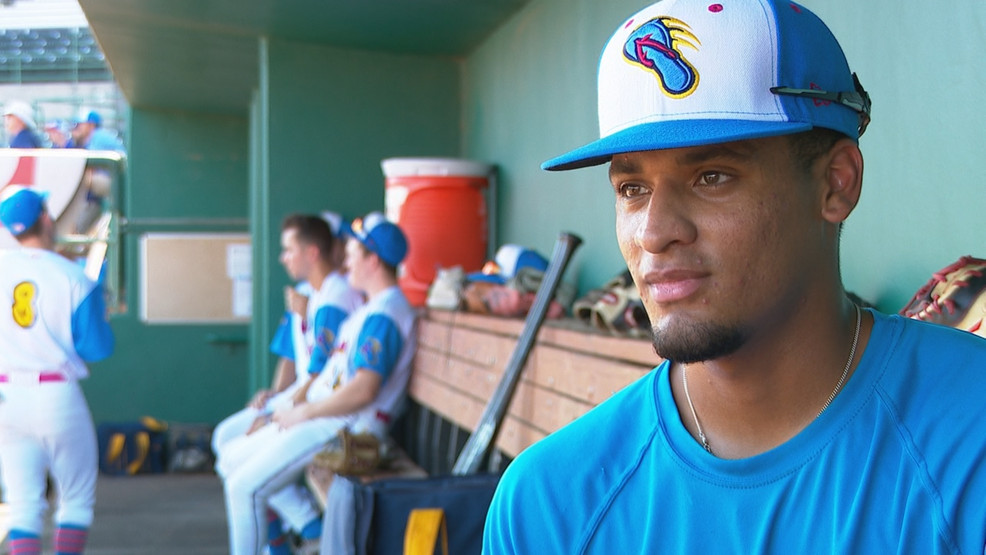 Battles enjoying summer with the Chanclas

Just a couple weeks into the season, the Flying Chanclas decided to call in a ringer. Jalen Battles, you remember the multi-sport star from Madison High School, he is fresh off an outstanding couple of years at McClennan Junior College and now he is...

He noted several young guys will get opportunities, couldn’t mention them all. Part of reason Smith and Gregory moved positions. Means they have several young position players that have shown ability. Even noted “we are gonna need them in the future”

Did he say anything about starting pitching and who might be the closer?

I asked about starting pitching and he said there are a lot of pitchers being looked at right now. I get the sense that Zebulon Vermillion would be a closer if he doesn’t start, which he is being given the opportunity to do.

Hey Matt, can you update us on the starting pitching of our SEC competition? I know that 2020 was to be really stacked with outstanding starting pitchers at FL, MSU, Vandy…How many of those starters will be returning for 2021? I sure hope Tracy Rocker goes pro…

That would be Kumar Rocker, Tracy’s son. Tracy is a defensive line coach at South Carolina and coached at Arkansas from 2003 - 2007.

Oh yea, I knew that. A senior moment. I just remember Tracy when he coached here. So, I wonder if Kumar has or is going to go pro? He was ready the last time we tried to hit him.

He was only a frosh, so not yet, unless his age allows him to be in the draft.

Well, at the end of the day, I’m pulling for him since his dad was a Hog at one time. Hope we don’t have to face him again in post season. I’m still wondering about all those other great SEC starters at the other schools. Will they be back?

With only 5 rounds in the draft, most schools would have kept the bulk of their teams in place. I doubt that any team will be easier to face in the upcoming season.

A lot of the top starters were drafted and signed this year. Among them:

Vanderbilt will return two great starters in Kumar Rocker and Jack Leiter, a freshman this year who was going to be really good. Leiter is Al Leiter’s son. Hugh Fisher is an intriguing left hander who should be back from Tommy John recovery, but I don’t know if Vandy plans to start him.

Florida gets back Jack Leftwich and Tommy Mace, who both went unsigned after they were drafted this year. That staff always seems to be loaded.

Ole Miss will return Doug Nikhazy and Gunnar Hoglund, as well as Austin Miller, the power arm at the back end.

I think Mississippi State could have a strong rotation with Christian McLeod and Eric Cerantola, and possibly Will Bednar, who has been used more as a reliever.

Jaden Hill, who is from Ashdown, is back at LSU and should be a first-round pick in the next draft. LSU also has back Landon Marceaux and Mah’kail Hilliard with starter experience.

Texas A&M always seems to have good lefty starters, and Chris Weber and Jonathan Childress should provide that again next year.

Brannon Jordan and Thomas Farr are a couple of good pitchers back at South Carolina.

Jonathan Cannon was a big-time arm in Georgia’s bullpen who might transition into a starter role with Hancock and Wilcox gone. The same might be said of Richard Fitts at Auburn.

Kumar Rocker turns 21 in November. As I understand it he will be draft eligible next summer.

They will have power through the lineup this year and power arms on the hill.